Why is there no Stephen King at Halloween Horror Nights?

So, Halloween has ended and with it another fine year of horror and terror. But one question that has plagued all these Halloween events remains.
Horror master author Stephen King has never had any of his works made into mazes or haunts at any of the theme parks. So why is it so hard to get King’s works into any theme park for Halloween events. I’m not sure, but I’ve heard Stephen King himself has been the roadblock. Either with the business side or creative side. I guess it’s more about the money. He want’s more and he may have price himself out of the Halloween budget. Even Universal has tried bringing Stephen King as a theme park ride to Island’s of Adventure. One of the rides as suppose be a dark ride around his books/movies. I believe Jim Hill talk about this on one of the Unofficial Universal podcast.
Now another year has pass and I always wonder if we will finally get that Stephen King maze for HHN. My hopes lies on the announce plans of turing Stephen King’s The MIst into a TV Series.

If you haven’t seen the Mist or read the book. It’s very good story about being stuck at a supermarket when a strange mist brings death and horror. Later the survivors turn on each other and the real nightmare begins. It’s a good book, that unfortunately the movie wasn’t which tainted the property. There’s a great audio drama I recommend tracking down with 3-D sound which is on CD.

So, if Stephen King’s finally makes it into the theme parks. What property would you like to see become a HHN maze? 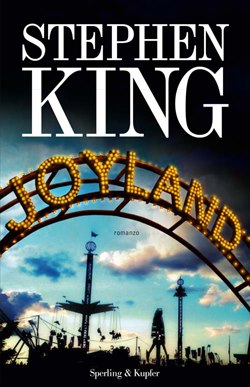 I thought there was a Mist haunted house.

Maybe he is not interested or they just didn't ask!

Back in the 1990s Universal kicked around a concept for an SK dark ride.

Mostly just the stars haven't aligned for such a concept, maybe next year, speaking of houses based of famous writers, they still haven't made a Lovecraft house (aside from the rumors a couple of years back on someone seeing a giant cthulhu head behind scenes), so, maybe next year we can get either King or Lovecraft

Because IT would be way too scary. I was traumatized as a 6 year old when I watched it which lead to a lifetime phobia of clowns that I was unable to overcome until recently

I have ask this question of Universal Hollywood HHN. I did get a responses, basically saying they tried, but it's hard. So, they are interesting, and no doubt big fans of Kings. I seen video of fans asking Stephen King why he hasn't brought his works to HHN. He played it COY, but said they couldn't handle what he writes. I'm so hoping the Mist TV show is a hit, I believe that's the one. But If you ask any HHN fanboy. They'll tell you there a homage, but never gotten Stephen King yet for HHN.