Treasures of the Walt Disney Archive: A Historian’s Review

April 22, 2014, 6:17 PM · This past week I fortunate enough to attend a conference in Chicago and inadvertently stumbled upon some remarkable history. The trip was to be a short 3 day event where I presented a paper, listened to some panels, and flew back home. Instead, I saw some of the coolest Disney memorabilia on the planet.

While many of my fellow attendees like to grab drinks and relax after presenting, I jumped at the opportunity to head to the local museum. I had heard good things about Chicago’s Museum of Science and Industry, especially for the fact that they have the only German World War II U-boat in the country on display. Upon my arrival I also discovered that there was another special exhibit entitled “Treasures of the Walt Disney Archive.” It sounded promising, so I purchased my ticket and hoped for the best.

Wow. The submarine was cool but the artifacts on loan from Disney were truly impressive. They had authentic movie costumes: 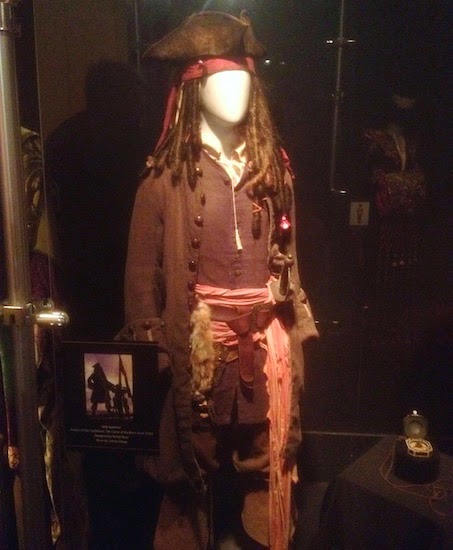 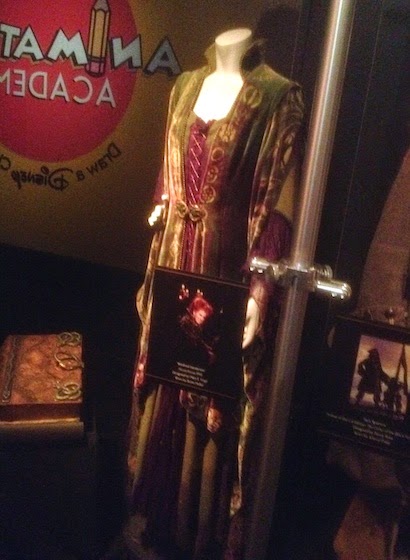 As well as props and miniatures used in some of their older classics. Including the coonskin cap made famous by Fess Parker and even the model used in 20,000 Leagues under the Sea: 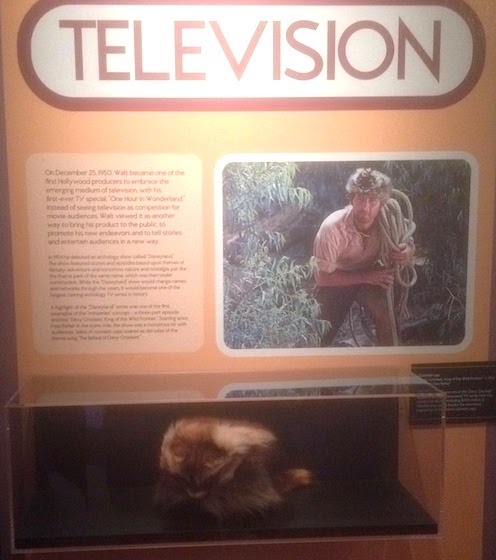 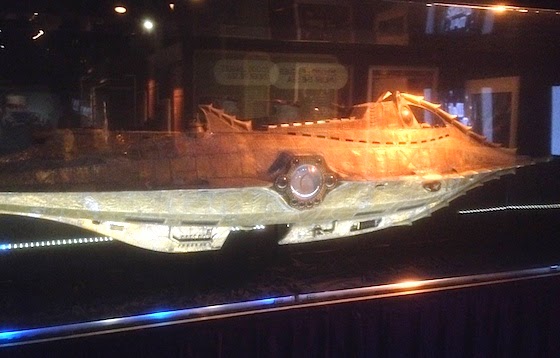 They also had an impressive display regarding the construction of Disneyland and some of its denizens, such as a poster for Pirates of the Caribbean: 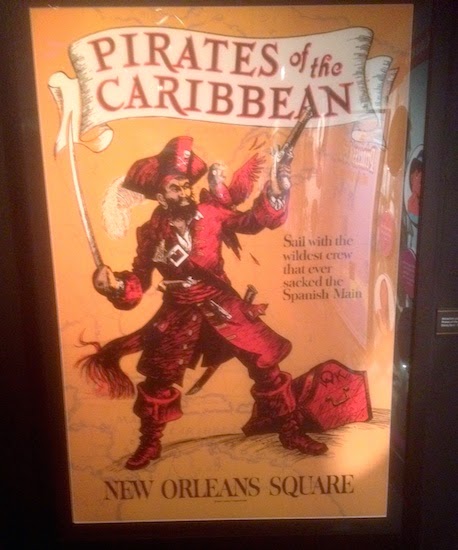 Some of the hitchhiking ghosts, 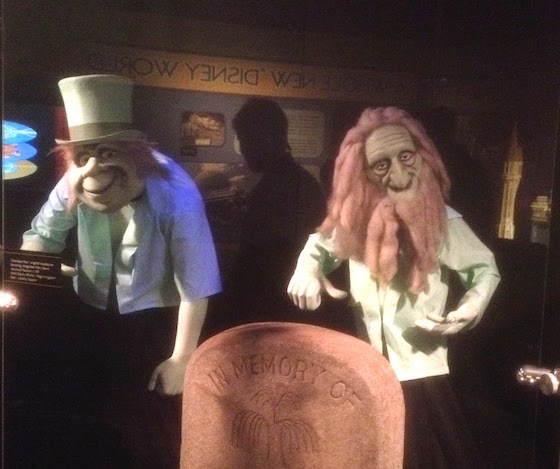 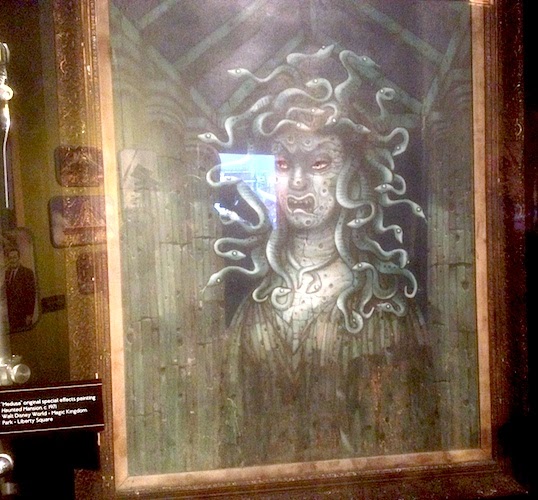 And then a large map detailing the original location of each land in one of the earliest drafts of Walt’s planned park. I stood there transfixed. While we are all intimately aware with how the park looks now it was intriguing see where each land would be located. 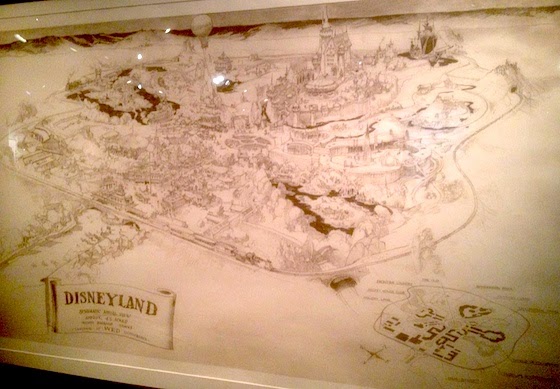 The central spoke idea was still intact but instead of one major body of water there were two with the second one featuring a pirate ship (this would eventually be used and then removed but in a different location). In addition Tom Sawyer’s Island looked to have the Swiss Family treehouse on it. 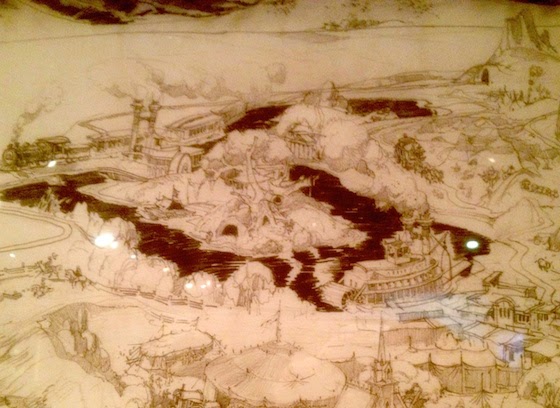 Some of the proposed areas even included Holiday Land and Lilliputan Land. 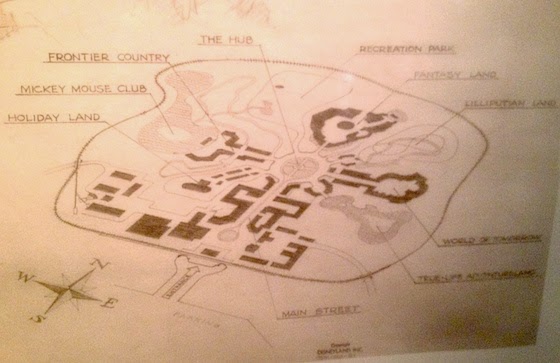 The entire exhibit was well worth the cost of entrance and as an added bonus they even offered patrons a chance to practice their doodling skills and draw some of their favorite Disney characters. Granted I was unable to match every stroke of the instructor but I think I just may have created the finest depiction of Goofy every made. 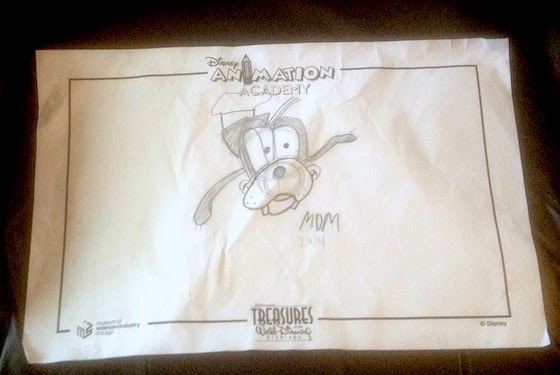 For those who are in the Chicago area be sure to check this impressive exhibit out but hurry as it only runs at this location until May 4th.

N B
April 23, 2014 at 10:02 AM · I sent Robert a message letting him know I had visited the same exhibit and was willing to post a thread about it as I took a lot of pictures. I never heard back, though.

Even though I am not a Disney fanatic, it was really amazing to read all that history.

Hopefully D23 will bring this exhibit to other museums once it closes up shop in Chicago.