September 26, 2017, 9:47 AM · Busch Gardens Williamsburg brings back its popular Howl-O-Scream event for 2017 with many familiar shows and attractions, along with a few additions that will keep long-time fans wanting to make another visit this year. Howl-O-Scream is included with a standard daily park admission and season passes, unlike the similar event at Busch Gardens Tampa, which requires a separate event ticket. As a contributor to Theme Park Insider, I was invited to the park’s media event to preview some of the new additions and explore the rest of the park, but the opinions provided are my own.

In 2016, Busch Gardens Williamsburg debuted an “escape room” attraction (No Escape) that I was unable to experience. However, this year’s media event offered me a chance to see the inside of this season’s two escape rooms, one of which is all new for 2017. For those who aren’t familiar with escape rooms, a small group of guests are locked into a themed room with a number of puzzles to solve in order to locate the way out during a limited time frame. No Escape offers two choices of rooms: The Case of Mr. Carver, which is a similar theme to last year with new puzzles, and The Case of the Haunted Hotel, which is themed to a hotel lobby with an actor playing a creepy bellhop. The media preview offered me the opportunity to explore both rooms, but only a few minutes to look around, not the full 30 minutes paying guests get to experience in the room. For my money, the Case of Mr. Karver room looked far more interesting with lots of props and a convincingly psychotic actor inhabiting the space. The Haunted Hotel room was much more sparsely decorated, but appeared to have more complicated puzzles, possibly with alternate solutions. 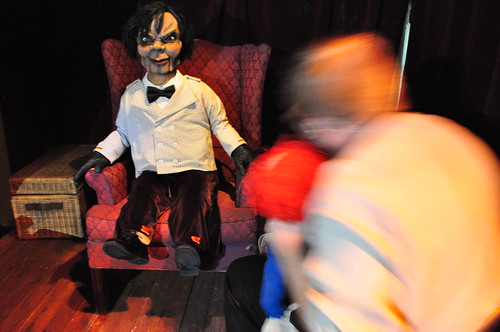 No Escape allows for up to 6 guests at a time to experience each room with smaller groups and singles matched up together, and advanced reservations are recommended, especially on busier nights near the end of the event. Visiting a room costs between $30-50 per guest depending upon date and time. I’ve never experienced any escape room attraction before, but the concept is very intriguing to me, and what I was able to see during the media event looked very entertaining. However, while the price point is similar to other stand-alone escape room experiences not associated with theme parks or other haunted attractions, those do require guests to also purchase a theme park ticket or season pass just to have the opportunity to visit the escape room. Nonetheless, the experience was very popular last season, and guests that I observed exiting the room on opening night appeared to have enjoyed the experience. 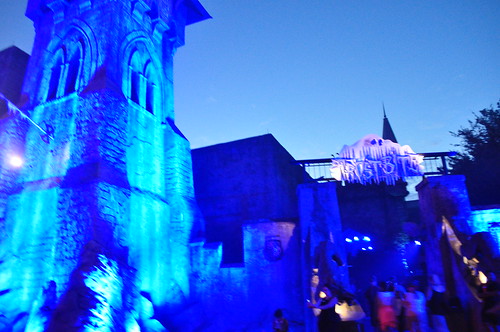 The other new attraction for Howl-O-Scream this year is a new maze called Frostbite. This maze uses the queue and ride track of the Curse of DarKastle and incorporates some interesting effects and props. The maze will obviously draw comparisons to a certain highly popular cable television show about incestuous feuding families in a Medieval-like setting, an army of the dead from the North, and a trio of dragons raised by a short blond lady immune to fire who becomes the de facto leader of a primitive race of horsemen. If you have no idea what I’m talking about, Frostbite will appear completely original and unique, but if you’re familiar with that show, you might think this maze is a bit derivative. Even if you can’t look past the similarities, most guests should appreciate many of the unique effects and use of an actual ride track and projection systems on a haunted maze. The maze even incorporates a few of the DarKastle screens to project images predominantly to distract and setup scares. The maze also uses quite a bit of lighting, including a series of backlit translucent acrylic walls with hands and figures projected on them to mimic characters trying to escape the walls of ice. Fake snow is also used (soap bubble type) to help set the scene of a world where demons are escaping their icy tombs to prey on unsuspecting guests. Even on the first night of operation, where the actors are still working on their timing and trying to figure out their roles, I could see the tremendous potential in this maze. It really is not like any other haunted maze I’ve ever been in before, primarily because of the much brighter lighting than typical mazes. I also think this might be one of the few mazes outside of Universal Orlando that could work using the “conga line” technique of continuously loading guests through the maze, despite the opening day’s method of running guests through the maze in groups of 10-20. The wide corridors of the ride track give the scare actors much more space to perform –they are not limited to blind corners and false walls and doors.

This year, Howl-O-Scream features a new scare zone. With the installation of InvadR, Vikings have invaded the New France section of the park, and have changed what was Wendigo Woods into Axe Alley. The props in this area are solid, and the Viking costumes work well even in dim lighting. Wendigo Woods always seemed a bit out of place with lab-coat wearing scientists and loud, obnoxious military characters running around an area with predominantly log-cabin style buildings. Axe Alley is a serious step up in continuity and concept for this area, and all the actors in this scare zone were well cast. 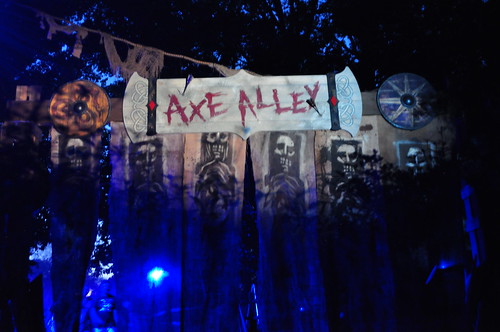 The rest of Howl-O-Scream remains relatively unchanged aside from the elimination of Bitten, a maze staged in the former Drachen Fire station building. Lumberhacked is still being staged in the wooded area beyond the former Drachen Fire area, so unfortunately guests walking back there can only experience one maze instead of 2, but Lumberhacked is still worth the trip. Circo Sinestro, last year’s newest maze, is still a strong entry, but it appeared that some of the practical effects were not up and running for opening night. The maze still features a fork in the road where guests can choose one of two paths, which I always find intriguing in mazes, and it also uses a number of false scares that build anticipation and intensity. 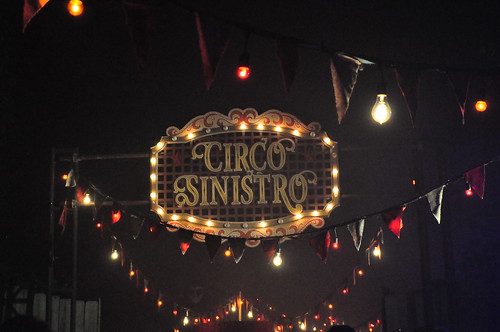 Other fan favorites, including Scarlett’s Revenue (in the former Europe in the Air queue area), Cornered (in the backstage area behind DarKastle), Catacombs (in the Royal Palace backstage area), and Deadline (underneath Escape from Pompeii) return with some minor upgrades. Deadline, in particular, appeared to have received some upgrades in practical effects, and is still one of my favorites - recreating a Roman subway taken over by zombies.

Vampire Point, Demon Street, Ripper Row, and Sideshow Square return as scare zones, with Ripper Row located near the front of the park in the area around the Globe Theatre. The same lineup of shows is also back for this year, with Fiends at the Abbey Stone Theater, Night Beats in the Festhaus, the Starfright Orchestra in Italy, and Monster Stomp on Ripper Row in the Globe. I didn’t have a chance to see Monster Stomp this year, but it is always a highlight. I did see Night Beats, which is a pretty standard jukebox-style show with a live band. I would note that in previous years, this show had a bit of plot exposition that was missing from this year’s production. 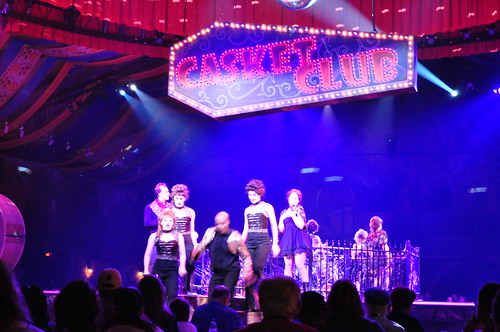 With Halloween events growing more and more popular, Busch Gardens Williamsburg continues to improve and expand their event. Considering other parks with similar sized haunts are offered only as hard ticket events, Howl-O-Scream at Busch Gardens Williamsburg is a great value, particularly for regular season passholders. Additionally, compared to other Halloween events in the mid-Atlantic region, Howl-O-Scream continues to be the cream of the crop with unique elements and concepts, a high level of integrated theming, and an overall ambiance that’s tough to beat.

Read more of our Halloween event coverage from around the country:

Debbie Fulton
September 26, 2017 at 11:42 AM · Thanks for a great review. I'm a BGW season passholder and I've been going to Howl-O-Scream for many years now.....always look forward to it. This year sounds like it's shaping up to be a good one. I did both of the No Escape rooms last year and enjoyed them very much, even with the additional cost. I've already made our reservations for the rooms this year when we go in October. Let's hope BGW continues including Howl-O-Scream with admission, instead of as a hard-ticket event.

Russell Meyer
September 26, 2017 at 12:45 PM · Every year I think they're going to switch it to a hard ticket event (like Christmas Town is), but they continue to surprise me.

Honestly though, they could charge extra for it, and people would pay for it, the event is that good.

Is Anaheim getting a fair deal from the Disneyland Resort?