One of Asia's top tourist destinations is looking to expand

October 18, 2018, 12:23 PM · Universal Studios Singapore has been moving up the global attendance list, cracking the top 25 this past year, despite being Universal's smallest theme park, at just 49 acres.

Expansion potential has been a challenge for this park ever since it opened in 2011. As part of the Resorts World Sentosa integrated development, the park is essentially locked into its space on Singapore's Sentosa Island, with no room to expand around it. But with the resort and its surrounding attractions becoming more and more popular, Singapore has some compelling incentive to find more even space for its biggest recreation district.

Senior Minister of State for Trade and Industry Chee Hong Tat announced at the ITB Asia 2018 trade show in Singapore this week that a plan to reshape the island and expand recreation development around it is in the works.

If you've had the good fortune to visit Sentosa Island, you probably saw the massive shipping port that stands between Singapore's mainland and the island. The Tanjong Pagar container port is slated to move out of that area in the next decade, freeing prime space on Singapore's southern coast, as well as on the Brani Island that lies in the harbor between that coastline and Sentosa Island. 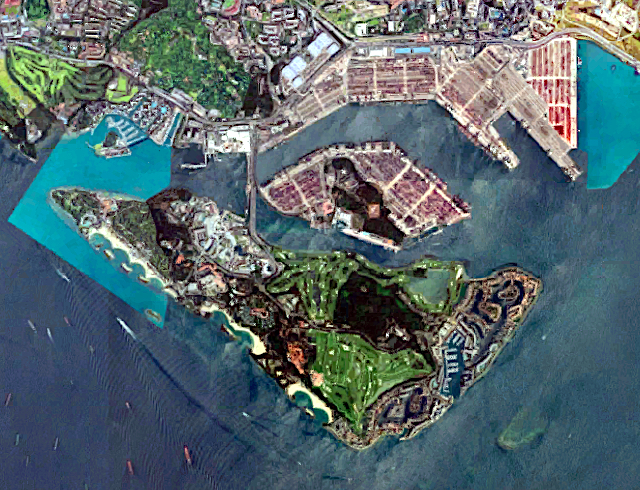 "This expanded canvas, which is as large as Sentosa Island itself, provides exciting opportunities for us to develop new tourism attractions and anchor this precinct as the Southern Gateway of Asia," Channel NewsAsia quoted Mr. Chee.

The development plan will include new attractions and accommodations, but there's been no hint yet as to what they might be, or if they will include an expansion of the Resorts World Sentosa development. Universal Studios Singapore is the only Universal park that has not expanded to include a Wizarding World of Harry Potter, in large part because there hasn't been an obvious place to put it. That means there's also no readily available space for a Super Nintendo World at the park, either. Universal clearly could make good use of any expansion space that the recreation plan could provide for it, either in the existing park or at a potential second gate site.

Sentosa Island attracts nearly 20 million visitors a year, including a couple of notable politicians in 2018. Universal alone accounts for more than four million of those visitors. Room for expansion should help boost both of those numbers substantially, as Singapore looks to protect and expand its market share in the growing Asian tourism business.

Universal Studios Singapore is beautiful ... but so small. The lack of any new attractions has really hurt it. A train ride to another area to develop Harry Potter might be an idea.

Listen to Slash's soundtrack for the Universal Monsters maze

If you thought Mickey and Minnie couldn't look more amazing