Attendance, revenue are up again at Hong Kong Disneyland

Overall attendance at the park jumped eight percent in 2018, to 6.7 million visitors. While that should keep Hong Kong Disneyland in the top 10 among Asian theme parks and the top 25 worldwide for attendance, it still leaves the park ahead only of the Walt Disney Studios Park at Disneyland Paris for annual visitors among the 12 Disney theme parks around the world.

Yet things are looking up for Hong Kong Disneyland. Per capita spending grew six percent at the resort last year, driving overall revenue to a record HK$6.0 billion for the year ending September 29, 2018, the park said. The park said the number of visitors coming from outside Hong Kong and China hit a record in the year, as well, driven mostly by visitors from Japan, South Korea, and the Philippines.

Though the park reported a record earnings before interest, taxes, depreciation and amortization (EBITDA) of HK$1.4 billion in 2018, it also recorded a net loss of HK$54 million, though that was an 84% improvement from fiscal 2017.

"This past year HKDL continued to strengthen its appeal as the ideal vacation destination. Our strong entertainment lineup throughout the year, coupled with the launch of Moana: A Homecoming Celebration and the global debut of Cookie as a new character in the highly popular Duffy the Bear family, have enticed guests from all markets," Stephanie Young, managing director of Hong Kong Disneyland Resort, said in the report. "Additionally, innovative initiatives to capture new opportunities were launched, including the first-ever, large-scale outdoor concerts, and the signature 10K Weekend running events, which have broadened our guest base for the park and hotels."

Hong Kong Disneyland is owned by a joint venture between the Hong Kong Special Administrative Region Government and The Walt Disney Company, which provides a more detailed look at the individual park's attendance than Disney provides for its wholly-owned properties.

Hong Kong Disneyland is the midst of a substantial redevelopment project, with its next step being the opening of the Ant-Man and The Wasp: Nano Battle! ride on March 31. The park also released today two photos from inside the former Buzz Lightyear attraction. These are our first official looks inside the new Marvel-themed version of the shooter ride. 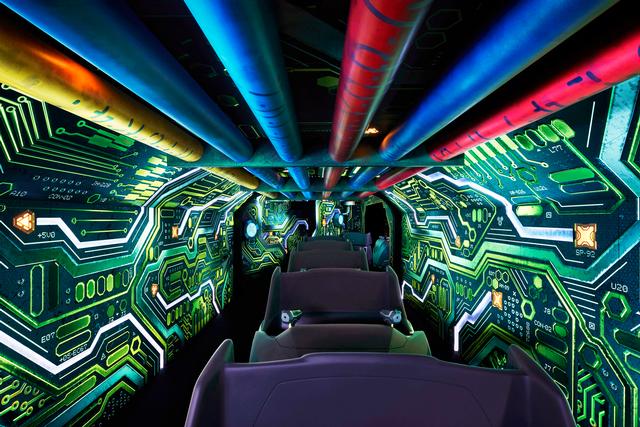 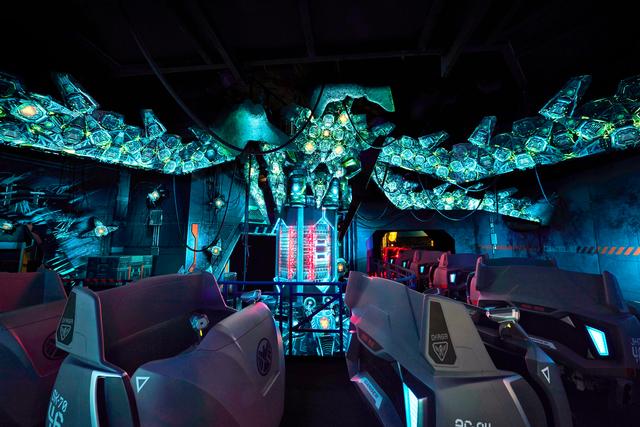 In addition to the Ant-Man and the Wasp ride, Hong Kong Disneyland is developing another major Marvel-themed attraction for the Stark Enterprises section of its Tomorrowland, a new Frozen-themed expansion of Fantasyland, and an expansion of its Sleeping Beauty Castle.

"speaking of wait times for theme park rides being too short..."

Would have been an excellent segue.

Both of Hong Kong's major theme parks are in tight spaces and each draws more guests per year than all of the UAE's park's combined. Hong Kong is packed with people so avoiding crowds is difficult- no wide open spaces:) That said, I will always love HKDL's Mystic Manor, one of theme park world's best attractions. And the view from Ocean Park's cable cars and higher rides is hard to beat- so definitely worthy draws exist even before the new additions open at both.

Ocean Park is one of the most disappointing parks i've been to. It looks great in pictures but all of the coasters were horribly rough (including the B&M floorless), couldn't enjoy the views from the mine train coaster because of the roughness and the smog, could barely see anything from the cable car because of the smog, everything was 1 train op, the shows were nowhere near Sea World quality, and it didn't seem like the park was kept up very well.

On the other hand HK Disney is one of the most surprising parks i've been to in a good way. You look at a map of the resort/park and think wow that looks kind of lame compared to the other Disney properties, however the attractions they do have are absolutely fantastic and its got some great original attractions as well.

Hong Kong lawmaker Michael Tien Puk-sun said he was disappointed despite the resort’s improved performance. He pointed out that its EBITDA gained HK$460 million last year, but management fees and royalties paid to parent company Walt Disney amounted to HK$230 million as part of a profit-sharing arrangement.

“I am angry that Walt Disney pockets the gain but not the joint-venture, which was partly funded by Hong Kong taxpayers’ money,” he said. “This is unfair.”

I did not know WDC charges so much in management fees and royalties.

A lot of the things other parks do to cut cost and post profits, Disney can't do because it would compromise what makes Disney Disney. People have that expectation that HK Disneyland and Disneyland Paris are going to have the WDW quality of attractions, entertainment etc even though there's no chance in hell those parks are ever going to make that kind of money.

I think Disney struggles a lot with this and doesn't really know what to do about it. Disneyland Paris crushes all the other theme parks in Europe attendance wise but continues to lose money even with its sky-high prices for tickets/hotels/food. Then you also have to think about WDW cannibalizing DLRP's business and SHDR cannibalizing HKDL's business. For many Brits Disneyland Paris is only a train ride away yet millions of them chose to go to Orlando instead. The good news is that a lot of the old guard in Europe, that resented the fact that Disneyland Paris was built where it was, are dying off and their millennial kids don't have that kind of stigma towards the property. For that reason I think DLRP has a much better future ahead of it than its past.

The one exception of course would be Japan but Japan (as a country) is an exception in many ways on many things.

With Deadpool writers out, what's next for Disney's Pirates?

Can wait times for theme park rides be too short?