February 26, 2019, 10:43 AM · Another long-time NBC franchise is getting a new home in Universal Studios Florida. Universal Orlando announced today that it soon will be opening the Today Cafe in the old Beverly Hills Boulangerie site near the front of the Studios park.

Universal said that the restaurant is inspired by the Studio 1A at Rockefeller Plaza in New York, where the Today Show broadcasts. It's the third-longest running broadcast network show in U.S. history, behind NBC's Meet the Press and CBS's Evening News. 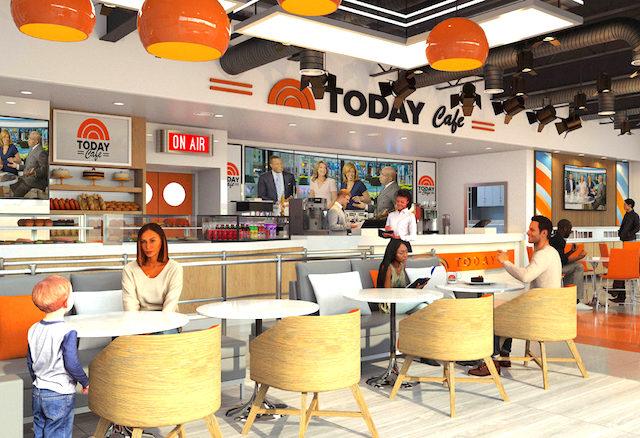 Today debuted on NBC in 1952 and has been kicking off the network's broadcast day ever since. So the show provides a natural thematic fit with a cafe where many Universal Studios Florida guests start their day. The breakfast menu will include a variety of pastries and coffee, including a special Today Cafe blend. You'll also find the increasingly ubiquitous avocado toast. 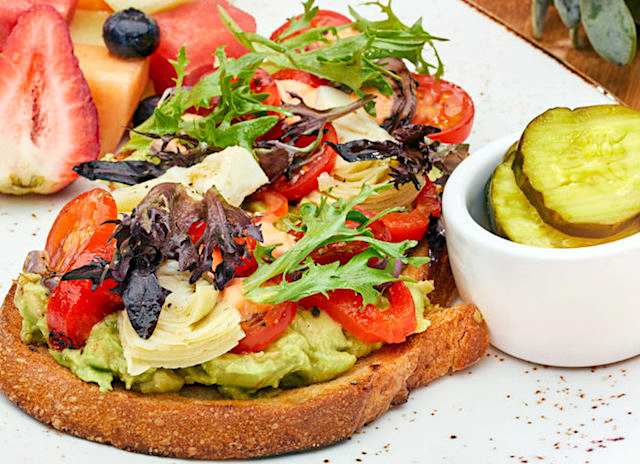 The show now runs pretty much until lunch time, so of course the cafe will, too. Lunch selections will include an Asian-inspired chicken salad with arugula, cabbage, radicchio, shiitake mushrooms, daikon sprouts, and wasabi cashews, dressed with soy peanut vinaigrette. There also will be an Italian sandwich with porchetta, capicola, provolone, roasted tomato and arugula with basil aioli on baguette. 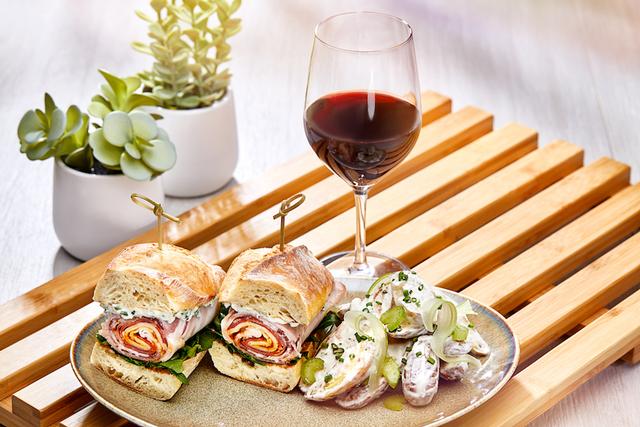 The cafe also will serve wine and beer on tap, along with seasonal dishes inspired by Today Show hosts. The Today Cafe should be opening "soon," according to Universal.

They're going to need a lot of wine to satisfy all those Kathy Lee and Hoda fans.

That's a fairly small space so I don't know if this would be possible, but wouldn't it be fun to have an interactive TV cooking demonstration take place in the restaurant?

Throughout the day, guests could be invited 'On Stage' to help film a cooking segment for the show with a member of the culinary team from the kitchen.

If they really want to stay on theme, wouldn't Universal need a crowd of people pressed up against the windows, holding poster-board signs?

I bet Matt Lauer is still available for appearances.

Odd to place a venue based on a Manhattan television studio on an intersection themed as being Los Angeles- especially when an area themed to fit New York City is relatively nearby.

Hmmmm.... I’ll withhold final judgment until I experience it, but the one thing I will say is that I hope they’re still providing some outdoor seating, ‘cause that interior makes my eyes hurt...

Once the media are gone after the grand opening comes and goes, the bean counters will get to work with their magic and neuter the hours and menu. All those unique, delicious looking menu items will be replaced with ubiquitous, standard theme park fare that is cheap to produce and requires the least possible amount of labor. Happens every time.

What makes a perfect name for a theme park attraction?