The team at Sally Corp, along with Raven Sun Creative, have transformed Hersheypark's interactive dark ride into Reese's Cupfusion, a battle for control of the Reese's Peanut Butter Cup factory. The ride opens officially at the Hershey, Pennsylvania theme park tomorrow.

"At the heart of the factory is the legendary Crystal Cup, which collects and amplifies the love of chocolate and peanut butter to power the factory," Hersheypark said. "Reese's Agent Trainees protect the Crystal Cup under the guidance of Commander Cup, a new character introduced this summer. However, other new characters like Mint the Merciless and The League of Misfit Candy are on a mission of their own to steal the Crystal Cup."

Here's a look at the on-ride action:

Hersheypark is also introducing its own wearable tech for the ride — a wristband that will collect your scores and on-ride photos from Reese's Cupfusion. HPGO is a free wristband that also works with Whitecap Racer and can be linked to the Hersheypark's Fast Track line-skipping service. 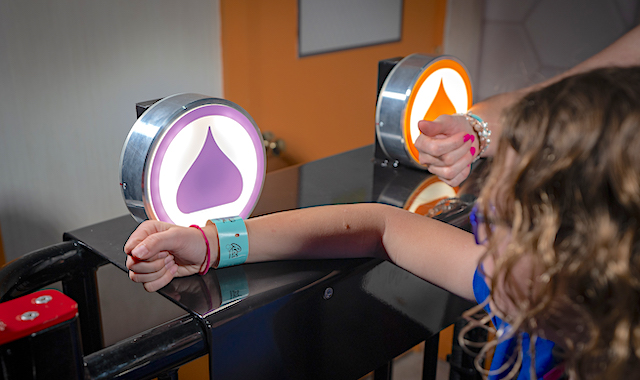 And because no one Hersheypark addition is complete without some sweet treat included, the park is introducing some new Reese's Cupfusion-inspired King Size Milkshakes, too.

Next door at Hershey's Chocolate World, that attraction is also offering something new for 2019 with the debut of Hershey's Unwrapped, an "interactive experience that will take families on a fun chocolate tasting journey." This 30-minute presentation from RWS Entertainment Group opened Monday and replaces the Chocolate Tasting Experience. 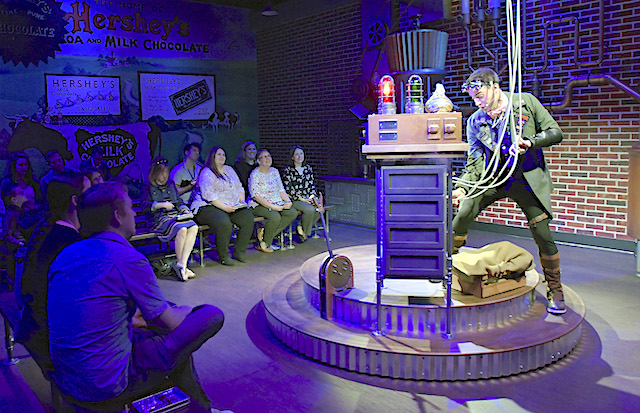 Reader ratings and reviews for Hersheypark

Disneyland is bringing back Soarin' Over California