November 6, 2019, 12:18 PM · The eleventh Legoland theme park will open in Shanghai after 2023, Merlin Entertainments announced today. The company has signed a US$643 million development deal with the Shanghai Jinshan District government to develop the Legoland Shanghai Resort, which will include a theme park and 250-room themed hotel when it opens.

Legoland currently operates eight theme parks around the world, including Legoland California and Legoland Florida in the United States. Those soon will be joined by Legoland New York, opening on the Fourth of July next summer. Legoland's tenth park will open in South Korea in 2022.

Merlin several years ago had announced plans for a Shanghai park in the Qingpu district, but today's announcement supersedes that project. 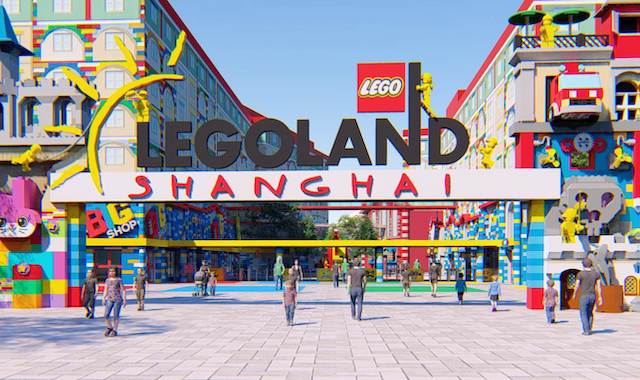 "A gateway city with modern consumers, Shanghai is already the home for many Merlin brands, and it has been our ambition for some time to build a full-scale theme park that offers the people of Shanghai and visitors to the area the opportunity to immerse themselves in a unique Legoland experience," Merlin CEO Nick Varney said today.

"The establishment of a Legoland Park in Jinshan not only supports the economic bridge between Shanghai and Zhejiang province, and better contributes to the high-quality integrated development of the Yangtze River Delta region; it also promotes Shanghai as a theme park destination with Disney Resort in the East and Legoland Resort in the west, supporting the local tourism economy," Jinshan Mayor Hu Wei Guo said.

Shanghai Disneyland was the world's eighth-most-visited theme park last year, drawing nearly 12 million visitors, according to the annual TEA/AECOM Theme Index attendance report. A Legoland park won't ever do anywhere near those numbers, but with the Shanghai park designed and budgeted to be one of the largest Legolands in the world, plus the 55 million of people living within two hours of the park, Legoland Shanghai could become the brand's most popular destination.

Merlin did not announce an opening date for the park, saying only that "the project is not expected to open until after 2023."