July 23, 2020, 3:16 PM · The Walt Disney World Resort has tweaked the procedure for getting on the Star Wars: Rise of the Resistance attraction at Disney's Hollywood Studios.

Rise is the one attraction at Disney that uses a virtual queue. Before the pandemic, crowds packed the park's entry plaza before opening each day, angling for a chance to get a space in the virtual queue, which often filled for the day within moments. With park capacity reduced following the resort's reopening, Disney announced that it would divide assignments for the Rise virtual queue into three times daily: at 10am, 1pm, and 4pm.

The idea was to discourage fans from crowding the park at opening, which would defeat the whole effort at promoting safe physical distancing.

Now, after a week of operation, Disney has consolidated to two virtual queue entrance opportunities - at 10am and 2pm. You can join the queue only once per day.

To join, use the official My Disney Experience app or try your luck with a My Disney Experience cast member, who can try to get you a space in the queue. From Theme Park Insider visitors on site, I have heard that it is much easier to get a spot in the Rise of the Resistance queue than it was before, with few guests reporting the problems that seemed rampant back when the attraction opened late last year.

Around Disney's Hollywood Studios, it seems to be the same story as elsewhere at the Walt Disney World Resort — sparse crowds that lead to short wait times throughout the park. 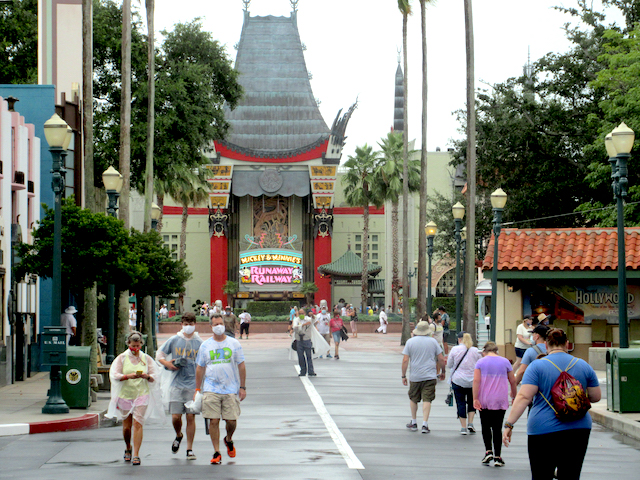 Even though wait times are generally short, physical distancing requirements can push the lines out into the streets. 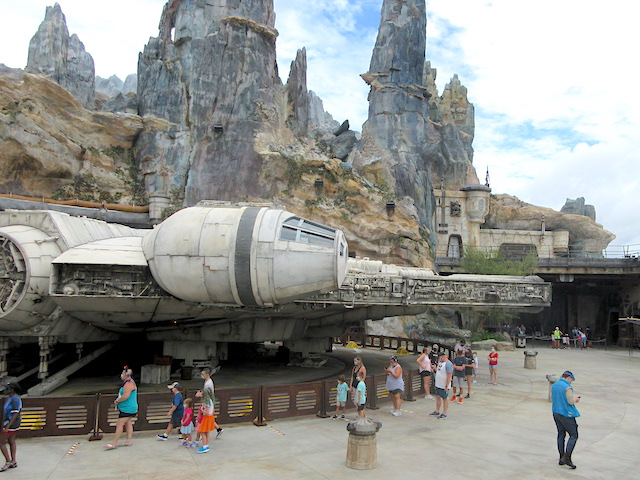 And capacities are reduced through limited seating inside attractions. 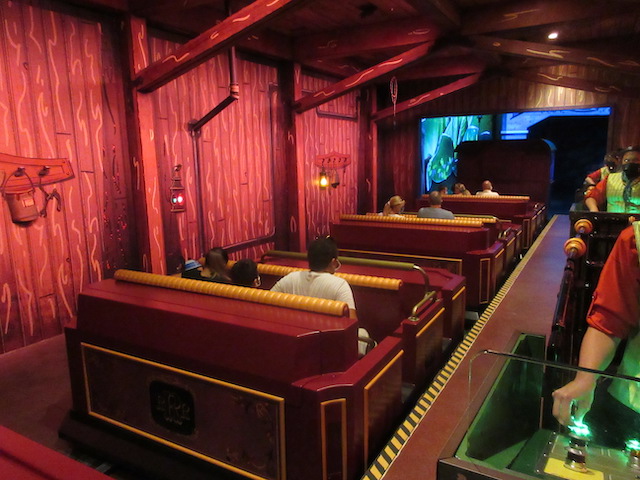 DHS remains the tough "get" for Disney World annual passholders, who are allowed to hold only three advance reservation dates at a time. All reservation spots for APers at DHS are claimed through August. But the park is available to day-ticket holders and Disney's hotel guests from Sunday on.

I visited all the major Orlando area theme parks in the past week and a half and DHS by far feels like the most "regular" of theme parks in the morning. What I mean by that is the park is full at opening, due to its new additions and relatively late opening time at 10. My family and I got inside the park at 9:45 last Thursday only to find Mickey and Minnie with a wait of 135 minutes and Slinky Dog Dash with a 50 minute wait. It is also quite a sight to see everyone extremely focused on their phones at around 9:55 to get that reservation for Rise of the Resistance.

I had no experience with the virtual queue system before but I tried it right at 10 and was able to get boarding group 17 which meant we boarded at around 12:45 pm or so. The system worked beautifully for my family but I still have mixed feelings about it. A glitch or technical malfunction on your phone or an emergency at 10 am will give you no shot at the attraction. But at the same time it sure was nice to relax and enjoy the park while our ride time approached. I just feel there is a lot of luck involved and that's a gamble.