The three projects featured today demonstrated immersive placemaking, special effects, storytelling, and interaction — elements that most fans associate with theme park attractions but increasingly are becoming tools for education in museums, as well.

The session started with The Fram Museum in Oslo, Norway, which won a Thea Award for Museum Upgrade. Geir O. Klover, Director, The Fram Museum, and Ed Cookson, Director, Sarner International described the facility, which provides a home for the Fram, the wooden ship that Roald Amundsen used on his journey to the South Pole. The same ship several years earlier was used in two arctic expeditions, making the Fram one of the widest-ranging ships in history.

For years, the Fram was housed in a relatively simple structure. But the museum's renovation brought the ship to life by surrounding it with a 270-degree video screen that shows polar scenes on a 15-minute loop, creating the illusion that the ship is at sea. Localized audio and even a rocking bench on the deck help complete the illusion. 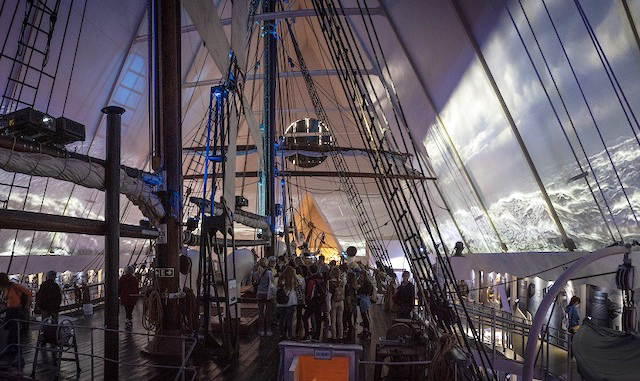 Below deck, the Fram now features historical artifacts in their appropriate locations on ship, including personal effects in cabins, and a restoration of the ship's diesel engine, which now appears to be operating thanks to environmental effects, including lights, original engine sounds, and even the smell of diesel fuel.

"For us, it's about connecting the visitor to this very visceral experience - not just the light and the sounds, but giving them an opportunity to inform themselves, about the science, about the history," Cookson said.

The second session featured The Hebrew Bible Experience at the Museum of the Bible in Washington DC. Rena Opert, Director of Exhibits, Museum of the Bible and Matthew Solari, Creative Director, BRC Imagination Arts showed off the winning exhibition, which Solari called "a dark ride without the ride vehicle."

The exhibit had plenty of space — with 15,000 square feet, but it was go within a historic building with columns every 20 feet. That led the team at BRC Imagination Arts to create five theaters and 10 walk-through spaces for the exhibit, which tells the story of the Torah through show scenes straight out of a theme park ride. Small groups are pulsed through the exhibit to help keep the feeling intimate and personal. 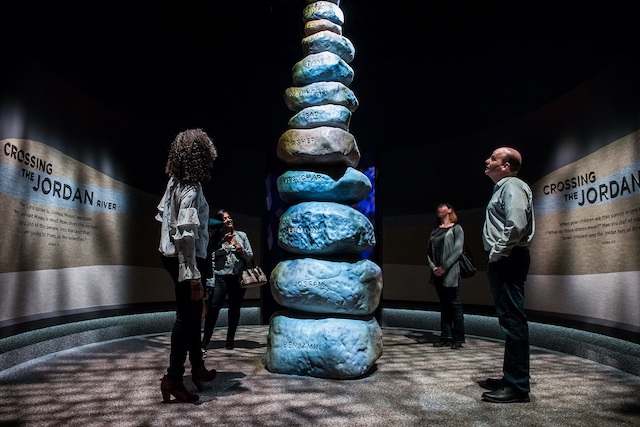 The exhibit starts with a plain-looking small theater before a series of media and practical effects lead visitors into the first walk-through sections.

"Like the characters in our story, you are plunged into a world in chaos, where we evoke humankind's descent into violence, through theatrical lighting, oblique walls and dramatic music," Solari said. "From here on out, each space will have its musical score and distinct visual approach, as if each space was conceived by a different artist," evoking the different authors of the books of the Bible.

"I want people to take away that this a subject that people can engage with, on their own terms," Solari said.

The final presentation today featured The Cool Planet Experience in Wicklow, Ireland, "the world's first interactive experience on climate action," according to CEO Vicky Brown. The experience, which takes place in an old bakery building on the grounds of Powerscourt House & Gardens was honored for Museum on a Limited Budget.

"We wanted to change this negative narrative of climate change and make sustainability so cool that it became the norm," Brown said. 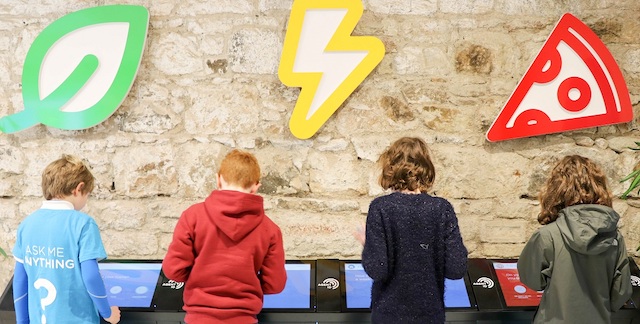 Peter Whittaker, Co-Founder and Creative Director, DMW Creative, described the experience, which is aimed at school children between the ages of 12 and 15. Visitors are given RFID wristbands, which keeps track of the carbon footprint as the make choices in a series of interactive exhibits. The design was based upon three principles: evoke emotions, make it personal, and mix it up, Whittaker said. The idea is to engage children's "pester power" to get families thinking about their environmental impact.

"It demanded innovation, because of the weight of the subject matter," Whittaker said of the experience's interactive design focus.

The next session in the TEA's Thea Awards Digital Case Studies runs September 3 and features Thea Classic winner Pageant of the Masters from Laguna Beach, Calif. as well as live show winners The Legend of the Gods from China and Le Premier Royaume from France's Puy du Fou. The series concludes with its seventh session on November 5, featuring theme park winners Warner Bros. World Abu Dhabi and Disney's Star Wars: Galaxy's Edge. Tickets are available via the TEA's website.

A well-done museum can be just as immersive as a theme park. The WWII Museum in New Orleans is AMAZING, including an interactive submarine experience that’s very neat.

The Historic Dockyards in Portsmouth, England has a lot of interesting stuff. Their display of the remains of Henry VIII’s ship the Mary Rose is very well done and they have a section dedicated to the WWI Battle of Jutland that is particularly affecting.

The Titanic Museum in Belfast is on my bucket list... and now I think I want to visit the Fram too.

The Lincoln Museum in Springfield, IL has one of the best produced theme park shows I've ever seen.

We have visited a lot of museums over the course of our travels, and I think three of the most impressive exhibits I've seen are...

1. Vasa Museum in Stockholm, Sweden - This ancient sailing vessel was sunk nearly 400 years ago, but the all-wooden ship was preserved in silt and clay until it was resurrected and placed in a dock for restoration. After the restoration, the museum was built around the ship with incredible views of the massive vessel from overhead platforms, gangplanks, and terraces. There's a bit of technology in the museum, but the overall design of the museum around the ship is what is so incredible.

2. Flour Tower at the Mill City Museum in Minneapolis, MN - For me, this was like Tower of Terror without the thrilling drops, as the elevator turned theater recreates the history of the city's milling history and the conditions of workers during the industrial age.

3. One World Trade New York, NY - We've been on numerous skyscrapers around the country, but this was one of the few locations where the ride to the top was as impressive and entertaining as the view. The walls and floor of the elevators have digital screens embedded in them, creating 360-degree virtual views of New York City over the past 300 years as you ride to the top.

I've been intrigued by the Museum of the Bible as it's a short walk from where I work in downtown DC (when I report to the office). However, I object to the people behind the museum and the way they acquired many of the artifacts on display.

It’s interesting that the TEA’s announcement made explicit that the Hebrew Bible Experience’s award was for the exhibit and not for the museum itself. They don’t always do that.

Having been closed since March, Museum of Science and Industry in Chicago just reopened and still a great time. Yes, hands-on exhibits trickier (guests are now given a stylus) but fun with a great place studying weather (like creating your own mini tornado) and an underground coal mine experience.

Plus, the U-505, a captured WWII German submarine now housed in its special underground branch and terrific Fairy Castle miniature. One of the best places to check out in Chicago.

@Russel there was an article on npr.org this year about how the Museum of the Bible is working to clean up it's acquisition process, and is even returning items to their rightful owners that were misacquired. Hopefully they're able to mend the mistakes, because it does look like they've built an impressive experience.

Agreed AngryDuck, and the Washington Post has done some extensive reporting on the museum's architecture, collection, and curators (it's a bit of a shame that the museum opened less than a year after Smithonian's African American History Museum, which opened to rave reviews, and was one of the hottest tickets in the area before the pandemic closed it down). I don't want to get too political here, but the primary philanthropists involved in the Museum of the Bible also own significant stakes in Hobby Lobby and other proselytizing groups. Also of note, The Museum of the Bible has a paid admission in a city where 80% of the museums (among many of the best in the WORLD, including the aforementioned African American History Museum) are free. Not to say that museums with paid admission cannot survive as the Spy Museum and other smaller art galleries have demonstrated (though the Newseum succumbed to economics mostly because of their palatial estate and location steps from the Capitol), but you not only have to pay to visit this museum, but you have to think about where that money is going.

While I have yet to visit the museum, many of the reviews I have read about it note that it is extremely forward in its pro-Christianity even though this TEA award was for its exhibit on the Torah. While the Jewish beliefs and culture, which would eventually form the basis for Christianity, are presented on somewhat equal footing, other world religions are diminished, minimized, and even mocked. I guess you can't knock them for false advertising, but even if the most iconic artifacts in the collection were procured ethically (the biggest problem for me is that they deliberately concealed the identity of certain artifacts when importing them to avoid tariffs and disrupted the provenance of important pieces), it sounds like an experience that would make a non-Christian uncomfortable, but not in the same way that the Holocaust Museum does.

SeaWorld San Diego Cleared to Reopen as a Zoo