Disneyland Is Looking for Some New Avengers

August 25, 2020, 7:11 PM · The Disneyland Resort might be closed due to the pandemic, but Disney is preparing for its theme parks' eventual return.

We showed you earlier this month some fresh views from inside the new Avengers Campus, now under construction at Disney California Adventure. Imagineers just installed the Quinjet that will stand over the land, which will feature a new interactive ride themed to Spider-Man.

The land also will feature new stunt shows and character experiences, and that's what Disney is preparing for now. Auditions just showed up on the Disney casting website for performers to play Captain America, Black Panther and the Dora Milaje leader General Okoye. The Captain America and Black Panther auditions are specifically for stunt performers while the General Okoye audition calls for an actor. 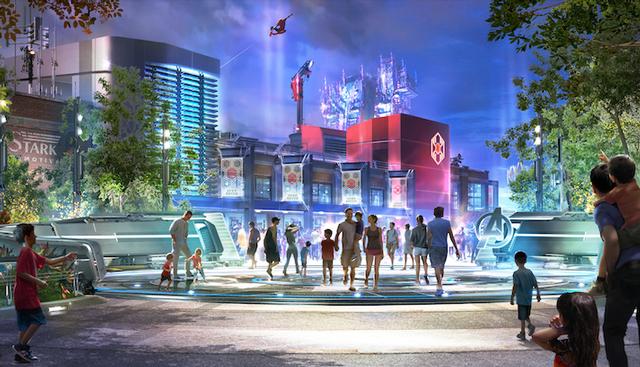 Given the lead time that Disney typically posts these types of openings, it appears that Disney anticipates opening these performances early in the new year, right after the holidays. But that's dependent upon the state of California giving theme parks the green light to return by then, of course.

Avengers Campus, a new Marvel-themed land that's taking over the site of the former A Bug's Land in the park, was supposed to open in July, but the pandemic scuttled those plans. While construction on the new land has resumed, Disney has not announced any new target date for the land's debut.

And it likely won't until the parks themselves reopen. Disney's been burned once before with a premature reopening announcement. The resort has planned to reopen to the public on Disneyland's 65th anniversary — July 17, 2020 — only to have the state decline to issue standards for theme parks to reopen, forcing Disneyland to postpone its return indefinitely.

A bummer. The rides in Bugs Land were largely abysmal, but at least that section of the park looked amazing, it looked like a theme park. Avengers Campus looks like a cheap business park outside of Dallas, and it doesn't even match the look of the Tower behind it.

Instead of spending money to rehabilitate the drab, lame Hollywood land, they basically expanded it. Now, but for the area around Grisly Peak, there's nowhere in California Adventure with any personality. It looks like Six Flags. Sad, and lame.

With all due respect I have to completely disagree with thecolonel.

DCA has some great themed areas. Buena Vista Street, Cars Land, and Grizzly Peak are all wonderfully done areas. While not as strong...I do like Pixar Pier and think it has nice personality as well.

AndrewL, forgot about Carsland, of course it's spectacular.

Just too bad its in the middle of giant parking lot.