An Insider's Look at Designing the Disney Wish

April 23, 2021, 1:17 PM · Walt Disney Imagineering and the Disney Cruise Line are sharing some additional looks at the new Disney Wish in advance of its official unveiling online next week.

The DCL's fifth ship - and largest ever - Disney Wish is set to begin sailing in the summer of 2022. It is now under construction at the Meyer Werft shipyard in Germany. The ship will weigh approximately 144,000 gross tons and be powered by liquefied natural gas. The Disney Cruise Line has ordered two more ships of the same class to be delivered by 2025.

As for the Wish, Disney today released a rendering of the ship's fairytale castle-inspired Grand Hall, "touched with Gothic, Baroque and French Rococo influences." 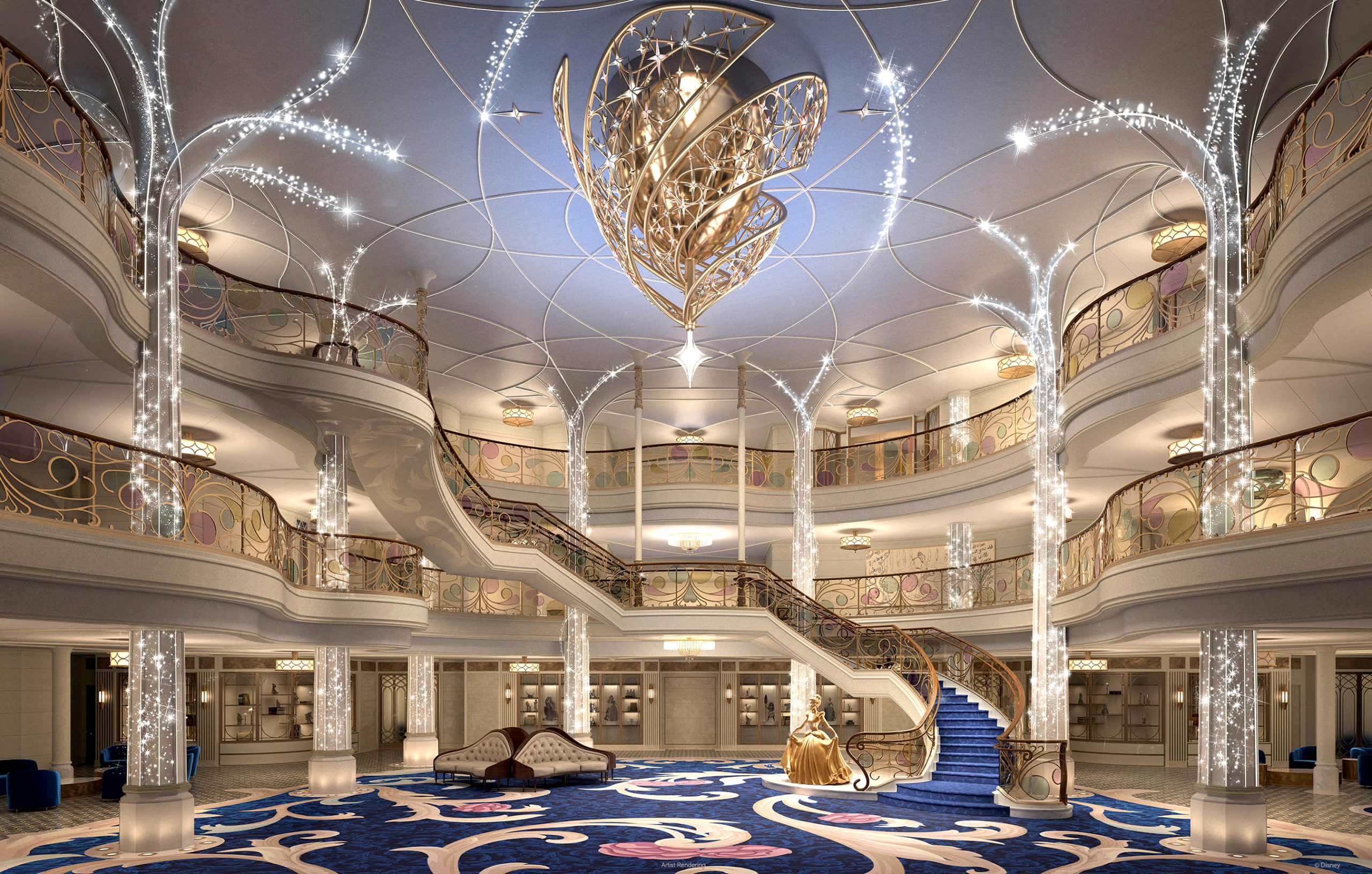 Disney also released a video from WDI, in which imagineers talk about designing the new ship.

Disney is hosting an online launch for the Disney Wish next Thursday at 11am Eastern. We will link to the event here on Theme Park Insider and bring you coverage of the post-event press conference.

Talking of designing things (even though it’s something completely different), has anybody here seen the video of the free walking Baby Groot robot? It’s some next level stuff!