Knott's Kicks Off Its 100th With Celebrity Shout-Outs

May 21, 2021, 12:10 AM · After more than two weeks of passholder previews, Knott's Berry Farm officially reopens to the public Friday. But the park celebrated its reopening - and its 100th anniversary "Knott's Family Reunion" - with a friends-and-family party tonight.

After the video clips, Knott's Vice President and General Manager Jon Storbeck came out to welcome back one of the park's mascots, Whittles, who will be appearing in Ghost Town. 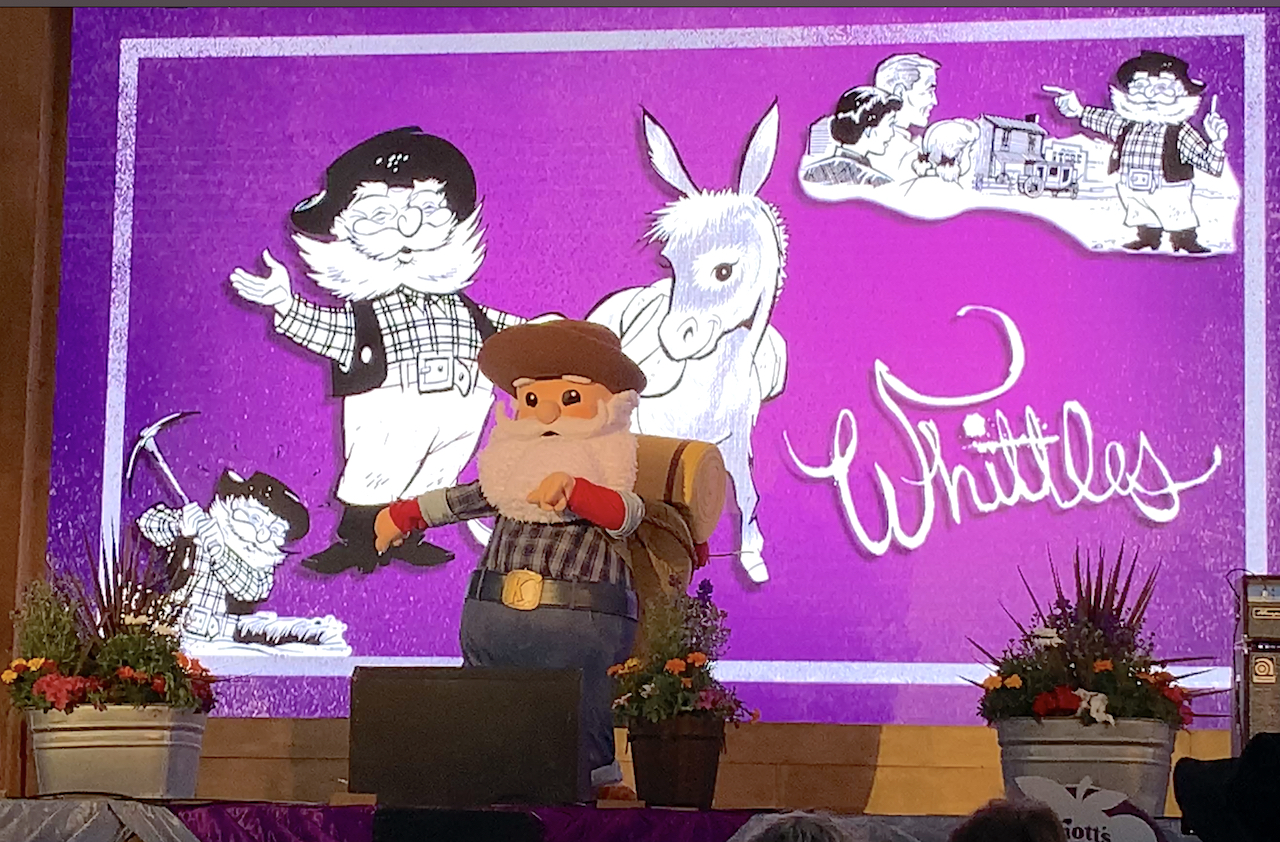 Originally known as "The Old Timer," the character appeared on Knott's publications in the 1960s, getting his nickname and becoming a walk-around character in the park in 1973. But that version scared kids more than charmed them, leading to his retirement. (The Whittles fiasco convinced the Knott family to go after a more family-friendly mascot, which ultimately led to the deal that brought the Peanuts characters to the park.)

Storbeck also announced that the Snoopy on Ice show would return to the theater for Knott's Merry Farm this fall. In the meantime, Knott's is bringing back live entertainment on the weekends with the return of Knott's Summer Nights. And tomorrow's reopening also brings the official debut of the park's newest attraction, Knott's Bear-y Tales: Return to the Fair.