June 5, 2021, 1:27 PM · The City of Long Beach has taken full control of the Queen Mary, with the tourist landmark facing an extended closure for what could be millions of dollars of needed repairs.

Long Beach bought the retired ocean liner in 1967, converting it into a tourist attraction and hotel. Various lease holders - including The Walt Disney Company - have operated the ship since then, with the latest, Urban Commons Queensway LLC, surrendering the lease this week. The subsidiary that Urban Commons created to run the Queen Mary, Eagle Hospitality Trust, has filed for bankruptcy as legal battles continue over the deteriorating condition of the ship.

The city council on Tuesday will consider spending $500,000 to begin testing and design work on emergency repairs, which are estimated to cost at least $5 million. The ship will remain closed to the public while repairs are completed.

The Queen Mary has played an important role in the theme park industry. Disney assumed control of the ship in 1988, when it bought the Wrather Corporation to get the Disneyland Hotel, which Jack Wrather - a friend of Walt Disney - had built and owned. Wrather's Queen Mary lease came along in the deal. 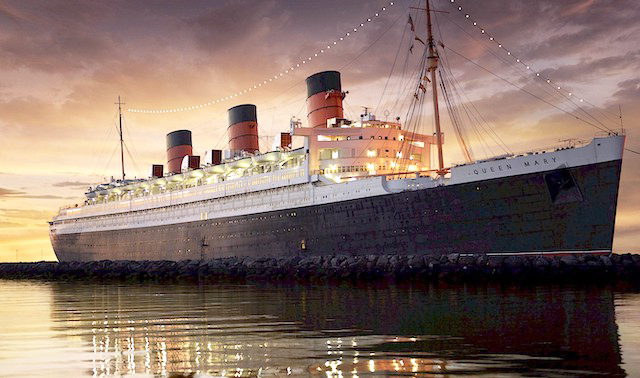 The Disneyland Resort was working on plans for a second gate at the time, and Walt Disney Imagineering worked up plans for a Port Disney development around the Queen Mary, including a theme park called DisneySea, which would become the second gate to the original Disneyland.

A cynic might suggest that Disney just used the Long Beach proposal as leverage to extract a better deal from the City of Anaheim. When Anaheim came through with the deal that created the Anaheim Resort District, paving the way for what is now Disney California Adventure, Disney gave up the Queen Mary lease to a foundation run by the person who had managed the ship for Wrather.

WDI held on to the Long Beach plans, though, then plussed them for the Oriental Land Co., which made Tokyo DisneySea the second gate to Tokyo Disneyland in 2001. Tokyo DisneySea even includes a sort-of replica of the Queen Mary with the S.S. Columbia that is moored in the park's American Waterfront port. 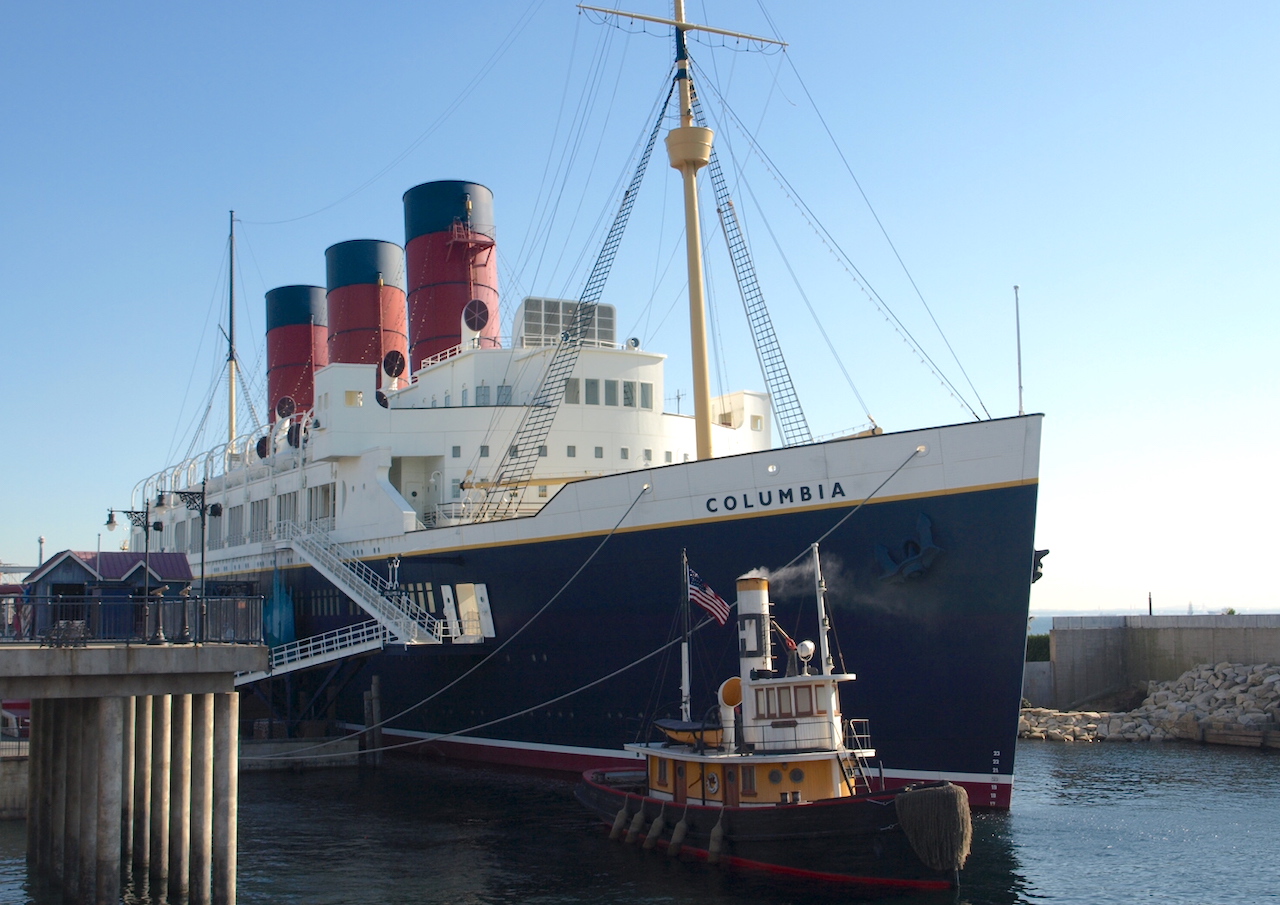 So it's not at all a stretch to suggest that if it were not for the Queen Mary, theme park fans would not have the award-winning Tokyo DisneySea park to enjoy today.

The Queen Mary has hosted its share of themed entertainment attractions over the years, from interactive theater shows to the annual Dark Harbor Halloween event. As perhaps the best surviving examples of a pre-jet-age trans-Atlantic ocean liner, the Queen Mary retains immense potential as a themed entertainment venue. The City of Long Beach said that it is prepared to extend a contract with Evolution Hospitality, which has been operating the hotel on the Queen Mary. But its future as a tourist attraction beyond that remains uncertain at the moment, as city examines what need to be done to save the ship and identifies funding sources to pay for those repairs.

Back in March of 1990, my family on a trip to L.A., prepared to head to Disneyland. We woke up to find a water pipe in our hotel had burst to flood the room so much you could literally see the reflection of furniture in it.

So we got what dry clothes we could and headed for a day that included the Queen Mary and Spruce Goose with some shopping. A good spot, enjoyed the tour and some singers there too.

When we got back, not only had hotel dry-cleaned our stuff but also gave us a free suite and room service for the night to watch the Oscars. So, an unexpected bonus to that trip and glad got to see it.

I have never been in the ship but I have seen it from afar on the multiple times I’ve gone to Long Beach. It’s a pretty sight.

We really enjoyed our tour on the Queen Mary in 2019, but I think it suffered from its tourist-trap sensibilities and upcharges. There were also so many different types of tours/tickets that it's difficult to determine which experience is best if you only have time for one.

It's kind of interesting that in just 2 years, three (3) of the major attractions we experienced on our trip in 2019 have gone through major changes. The WB tour has been reworked, the Queen Mary has been sold and likely to go through a revamp after a major closure, while the SkyVue experience at the US Bank Building has similarly been closed due to a change in ownership.