"Ron Miller, who was the CEO of the Disney company at the time, and Diane Disney, who was his wife, [were] there and I sat with them," Feld Entertainment CEO Kenneth Feld said of that premiere performance, during an online press conference earlier this month. "At the end of the show, we had literally every Disney character on the ice, and I could see her emotion - I could see the tears coming down - and she turned to me and she said, 'My father would have loved this.' That was a moment for us. It really spoke volumes and was something that pushed us to continue to make sure we always had the quality and the Disney ethos in every single show we did."

I asked Feld what has helped Disney On Ice enjoy these four decades of success.

"The key is that we are constantly changing the shows," Feld said. "What we've done in recent years is we've had more shows that are modular because the attention span is shorter. Years ago, [Disney's] film releases used to be staggered, so they would release in the United States and then three months later, four months later in Europe. But now everything is out there all at once."

"We're constantly doing research, and the Disney company is sharing with us what the various films will do, what characters have the best recognition, and [what are] the most beloved characters. That's constantly changing and we're constantly evolving." 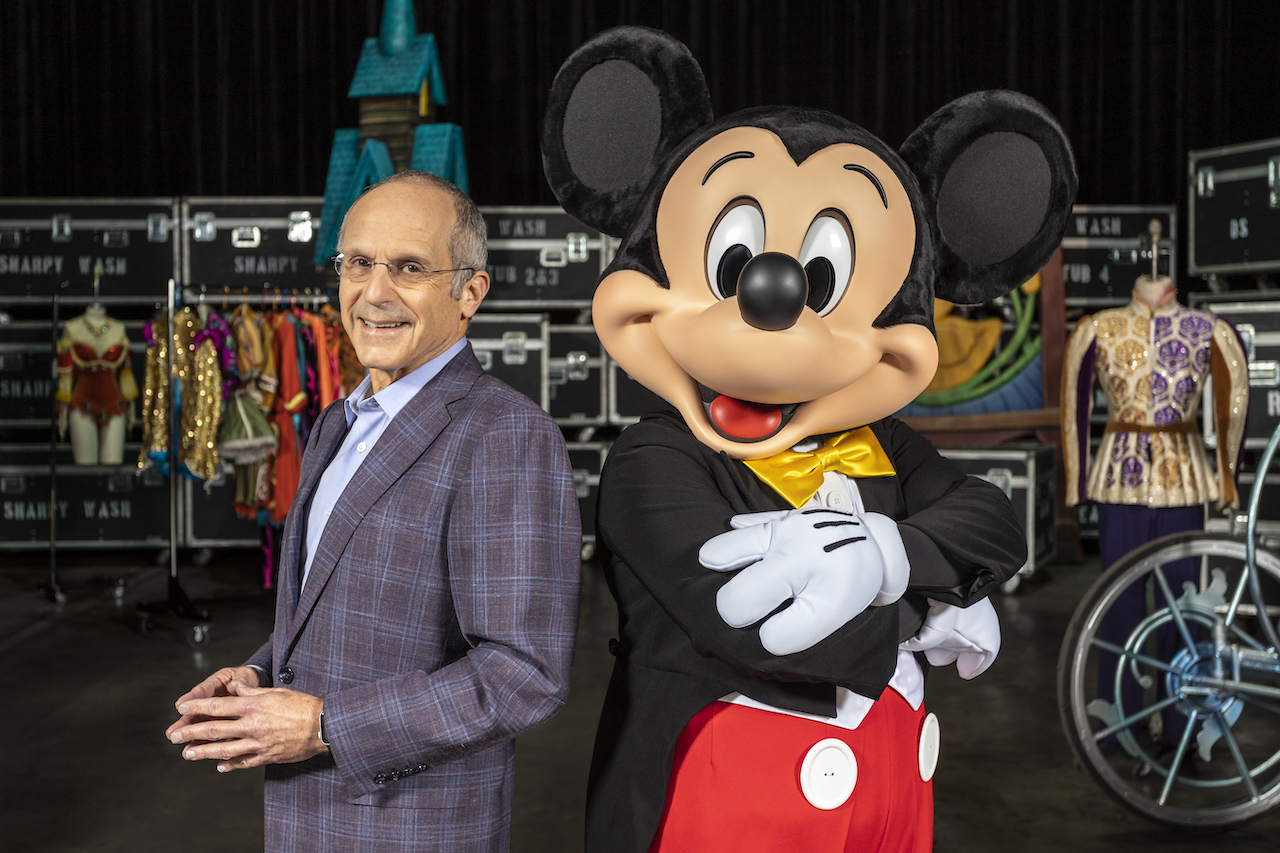 "One thing that was very important for us is we didn't want this to be just a kid's show. The integrity of the ice skating was very important. We have world-class ice skaters - people that have participated and won Olympic medals," Feld said. "We had the credibility of the skating, [then] we had to teach these athletes to become actors. And then what we could do was to learn more every year, and the shows have evolved into what they have become today."

Check out the progression of Feld Entertainment's Disney On Ice productions over the past 40 years in this infographic, provided by the company. 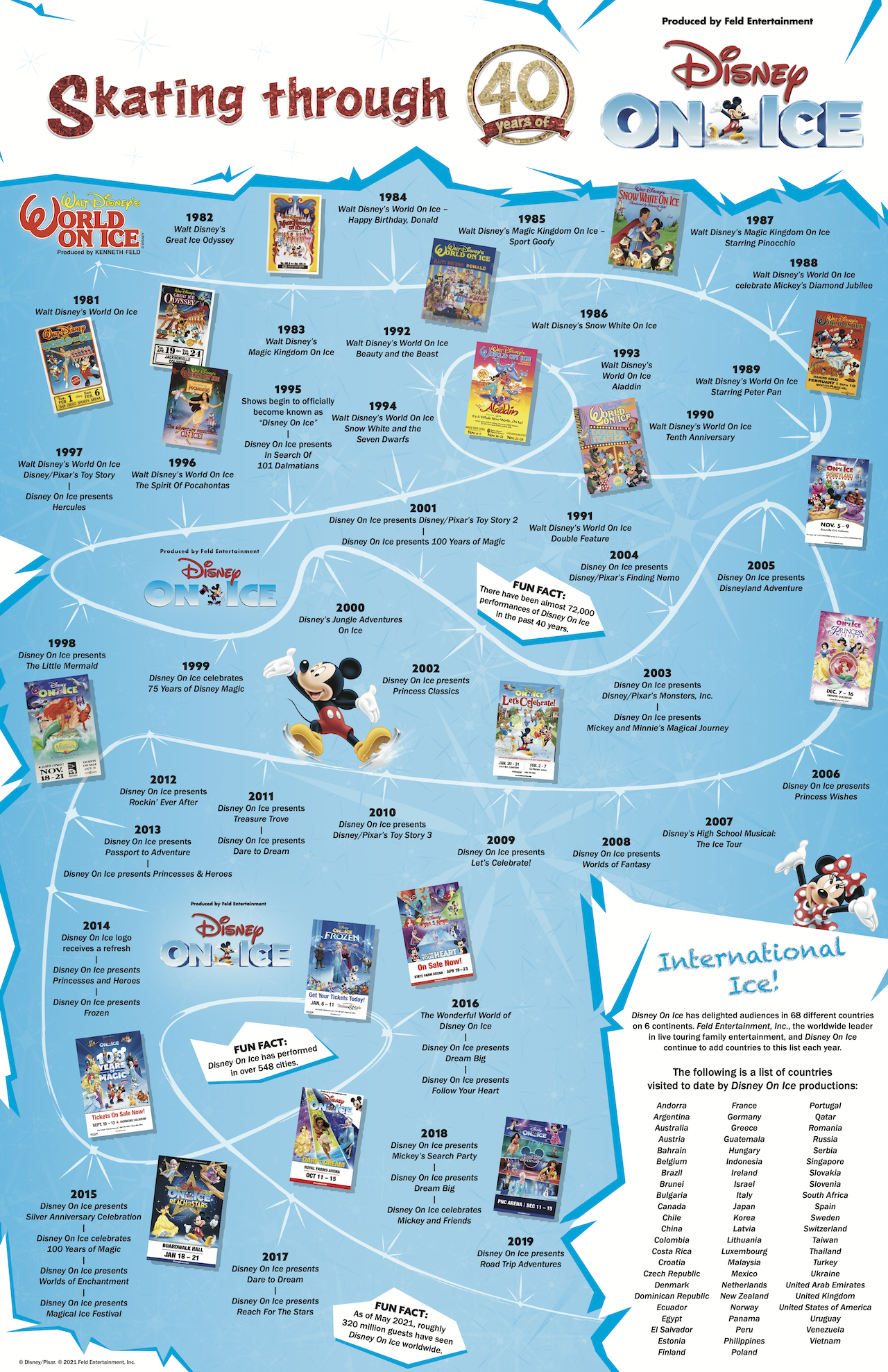 Disney On Ice's Mickey's Search Party appears in Philadelphia starting August 5 and comes to Walt Disney World's home town of Orlando on September 3. Tickets to currently scheduled performances are available on the Disney On Ice website.