October 25, 2021, 2:02 PM · The Disney Cruise Line and Walt Disney Imagineering are revealing more details about that Marvel-themed dining experience on the new Disney Wish next year.

We first told you about the World of Marvel - Avengers: Quantum Encounter experience when Disney announced it last summer. Ant-Man and The Wasp will host a presentation of Super Hero tech during the meal, but it all goes terribly wrong when Ultron arrives to steal the goods. It's then up to diners to help Ant-Man and The Wasp to save the day.

Today, Disney announced that Paul Rudd and Evangeline Lilly have reprised their roles as Ant-Man and The Wasp for filmed media in the production. Not only that, Brie Larson will appear as Captain Marvel along with Anthony Mackie as Captain America. Here is a new poster promoting the show that Disney released today. 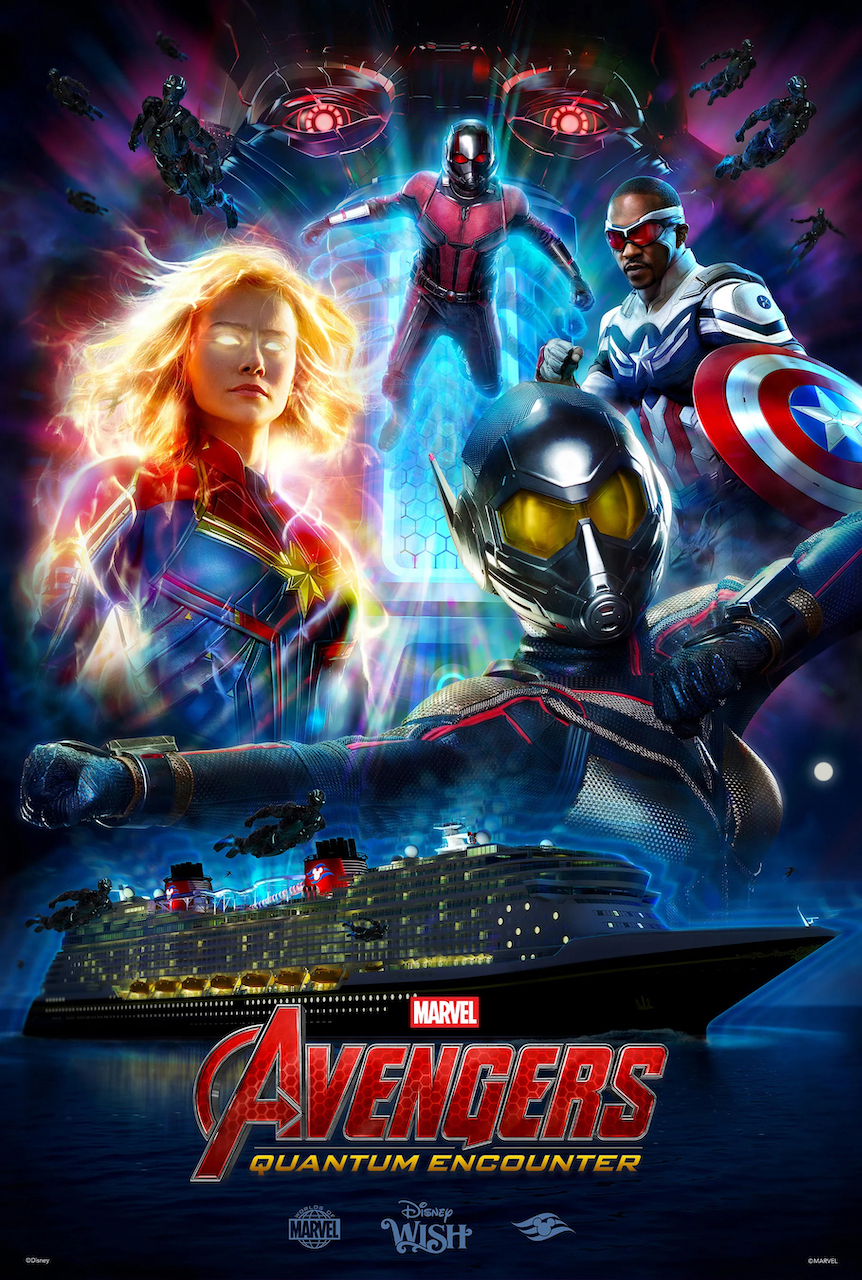 Disney said that the media elements of the production will play on hundreds of screens embedded in the dining room, which you can see a sample of in this concept art. 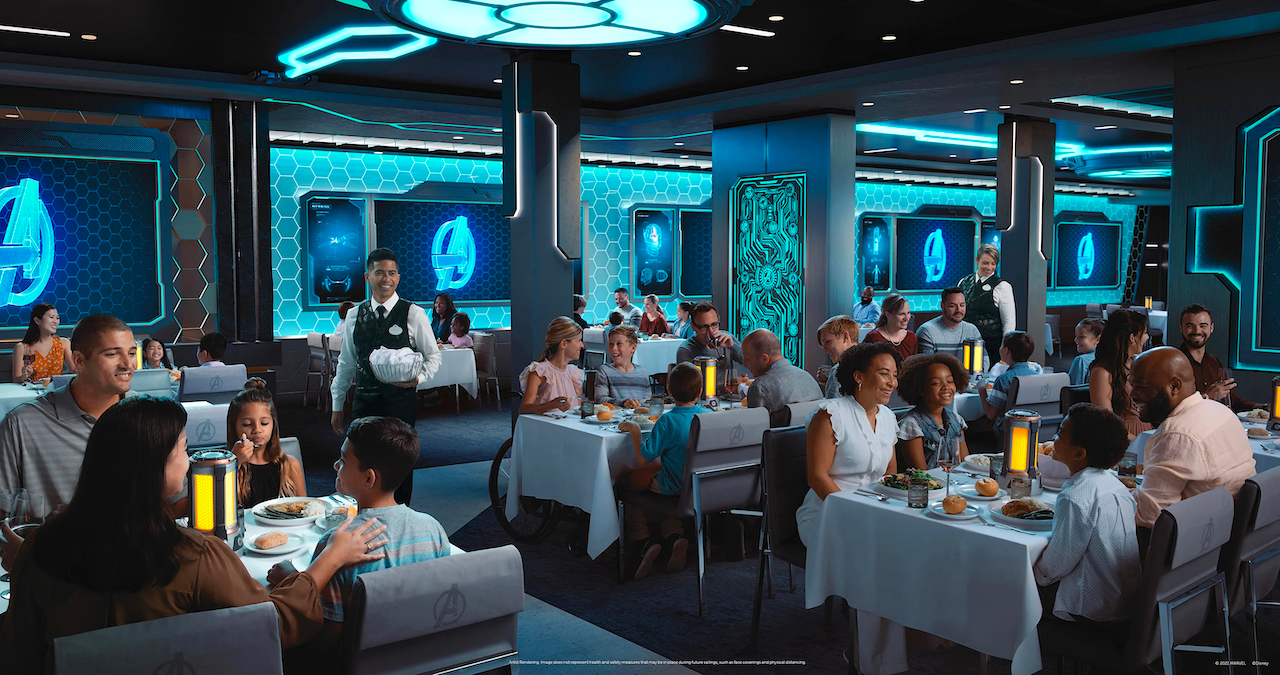 Since the battle is set on Disney Wish, Imagineers have created the upper decks of the ship in photo-realistic CGI for use in the production media. They're actually building the ship digitally as the real ship remains under construction in Germany.

Disney Wish sails its maiden voyage on June 9, 2022 from Port Canaveral with three- and four-night cruises to Nassau and Castaway Cay.