Knott's Makes Holiday Magic With the Return of Merry Farm

November 20, 2021, 1:33 AM · Lots of theme parks celebrate the holidays with lights, decorations, and a giant Christmas tree. But few parks lean in to the celebration with live entertainment the way that Knott's Berry Farm does with its Knott's Merry Farm event.

Knott's Merry Farm kicked off today with a strong line-up of live performances, from carolers and stilt-walkers in Ghost Town to well-staged theater productions. Yes, you can find plenty of special holiday food on restaurant menus and an enticing line-up of Christmas markets on the streets of Calico. But it's the entertainment that makes Knott's Merry Farm southern California's premier theme park Christmas event.

New this year in the Birdcage Theater is "Marley's Wings," a sequel to "A Christmas Carol," which also is playing in the theater.

In this production, a year has passed since Scrooge learned his lesson and free the ghost of Jacob Marley from his chains. But Marley's back for more this year. Borrowing a device from "It's a Wonderful Life," Markey wants to earn his wings. And to do that, he's got to inspire Scrooge not just to act in the Christmas spirit, but to feel it, too. 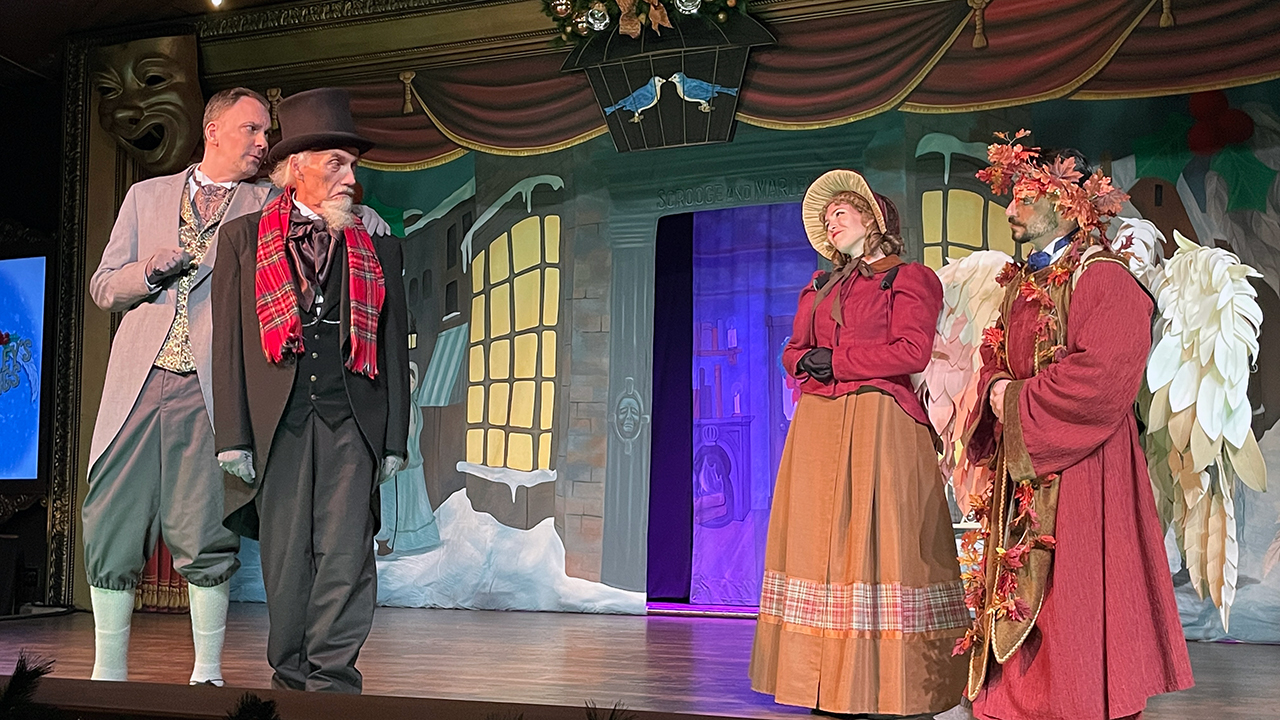 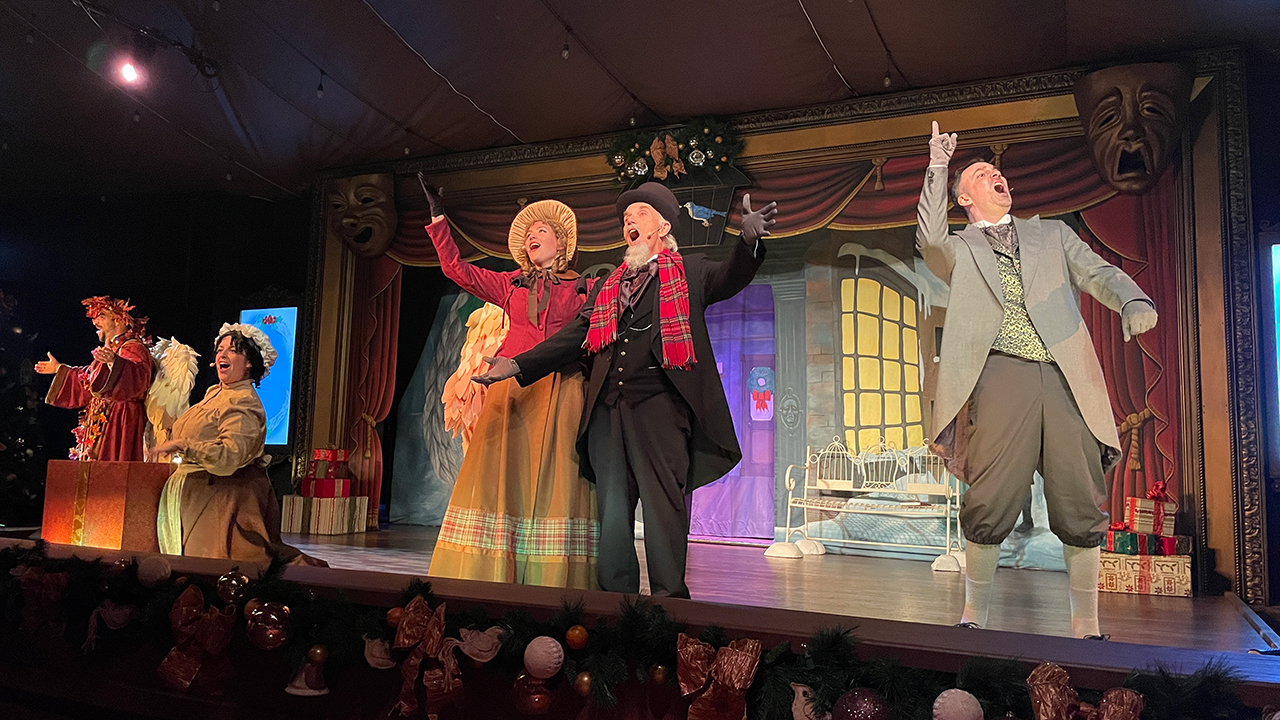 The cast of six engages the audience with interactive touches. But it's the music that rallies the audience, with new songs including "The Bah Hum Bug," "Raise the Rafters," and the show's finale "Christmas in Heaven (Yee Haw)." 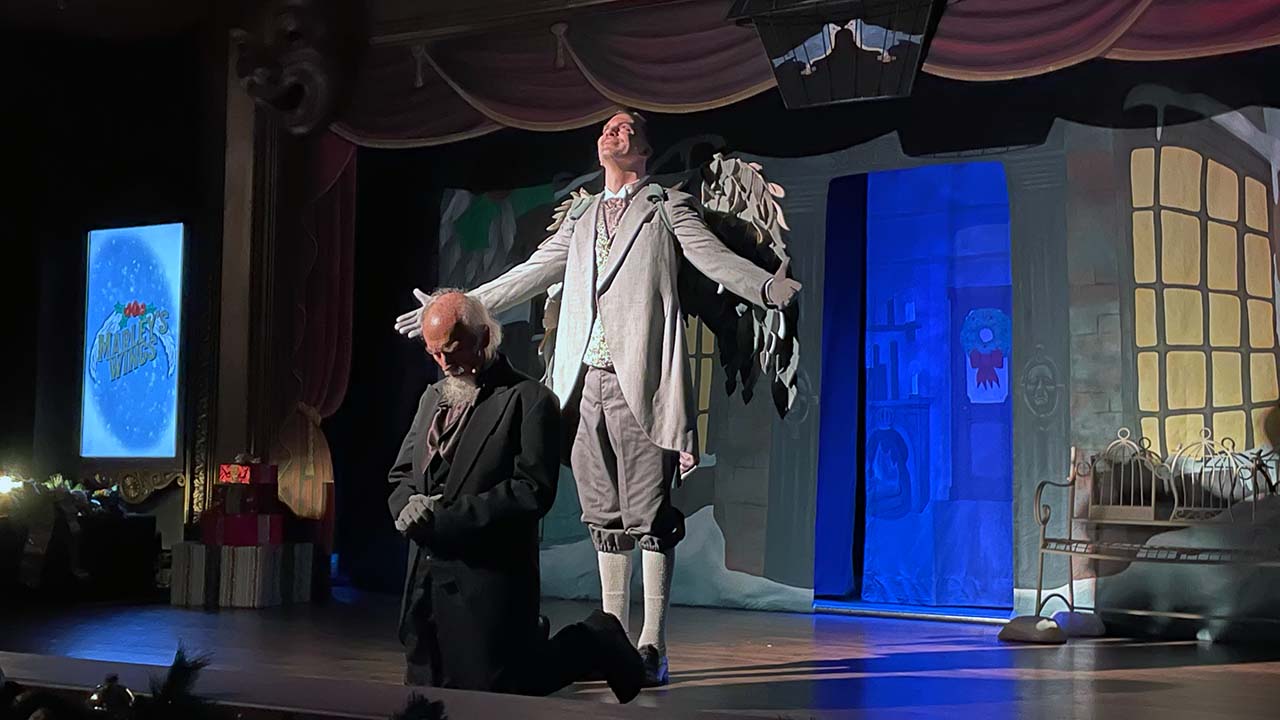 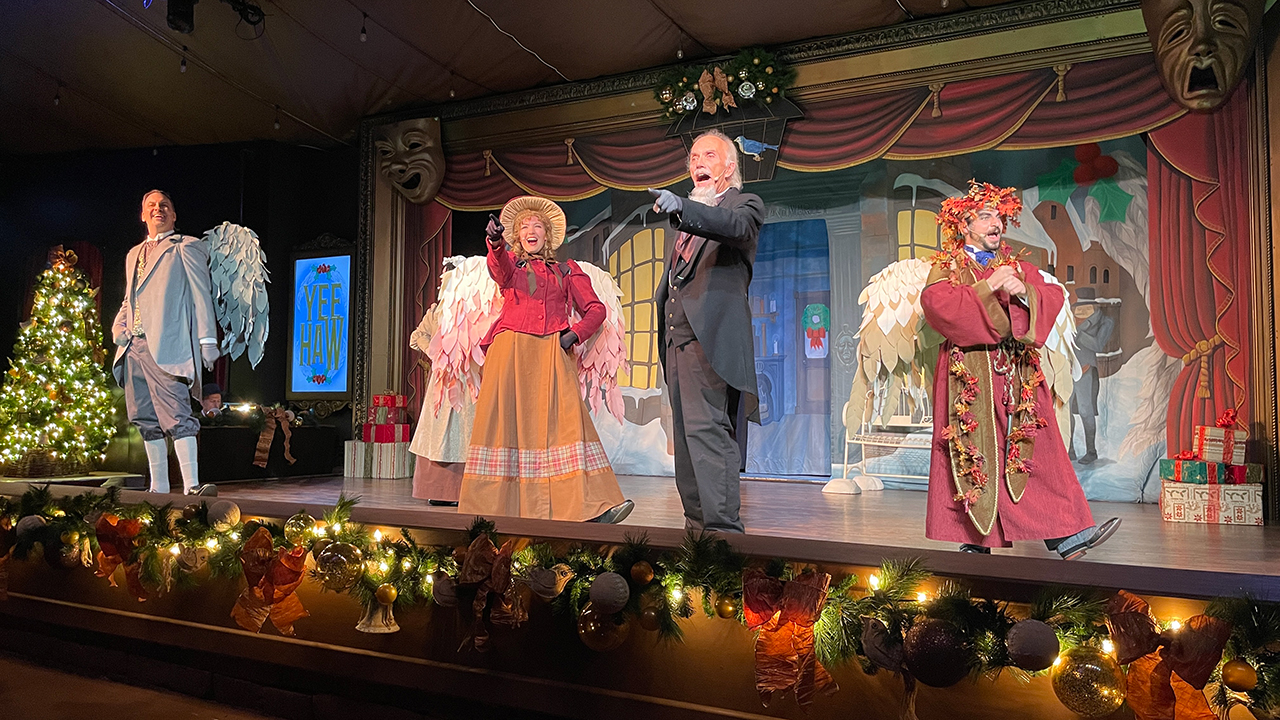 With the Mystery Lodge now apparently gone, the Birdcage Theater has become my favorite place in the park, with consistently excellent productions, including this one. Catch "A Christmas Carol" to get in the mood, then stay for "Marley's Wings" to enjoy more Dickens-inspired holiday joy.

For entertainment on the park's largest stage, Knott's Merry Farm's ice skating show, "Merry Christmas, Snoopy," returns to the Walter Knott (formerly Charles M. Schulz) Theater. If it ever gets too warm outside in southern California for you to maintain the holiday spirit, remember that Snoopy earns his "Joe Cool" nickname in this frosty theater. 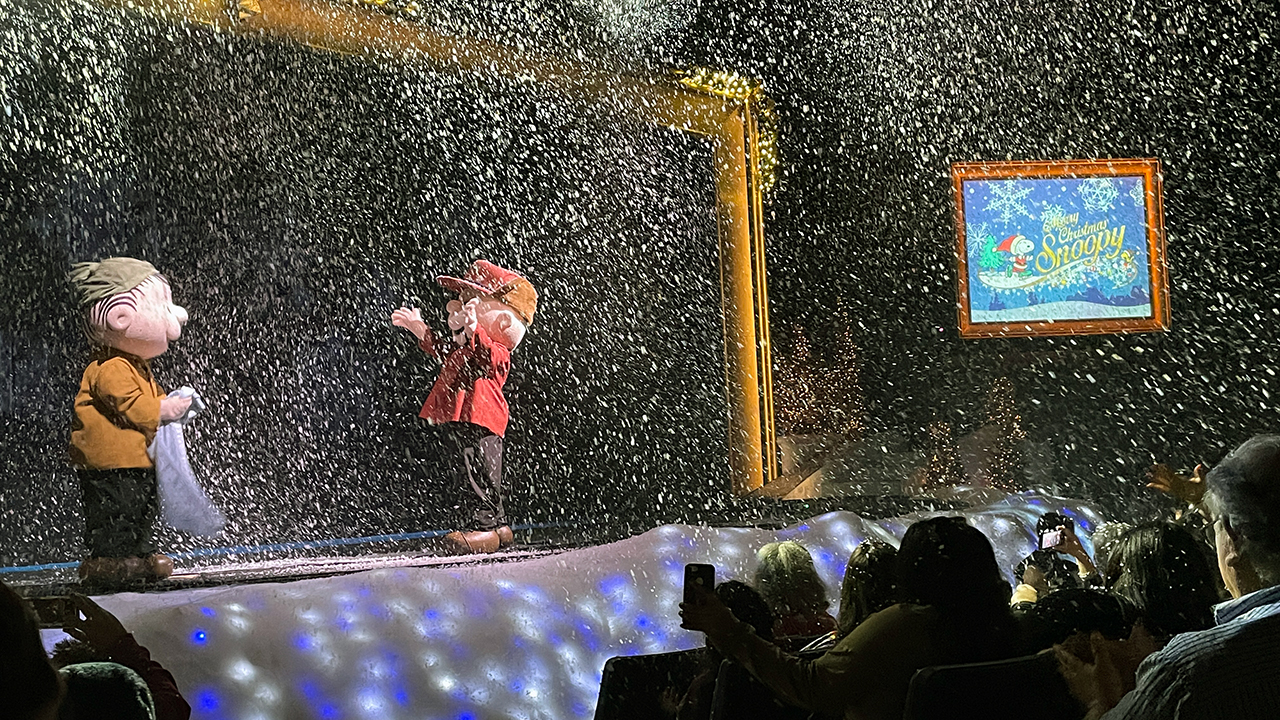 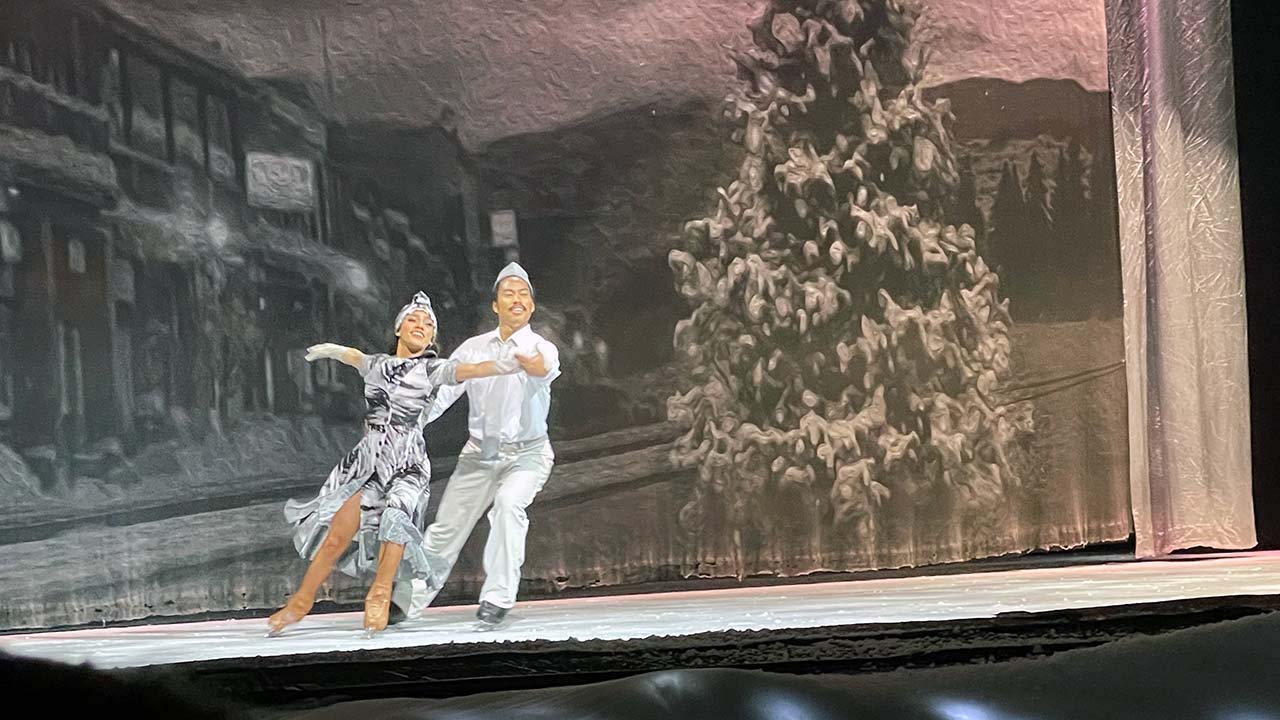 This production has earned its place as a SoCal holiday tradition. Sure, it plays every hook and gimmick in the book, but some nifty skating helps remind viewers that there's some real talent up on that stage, too. 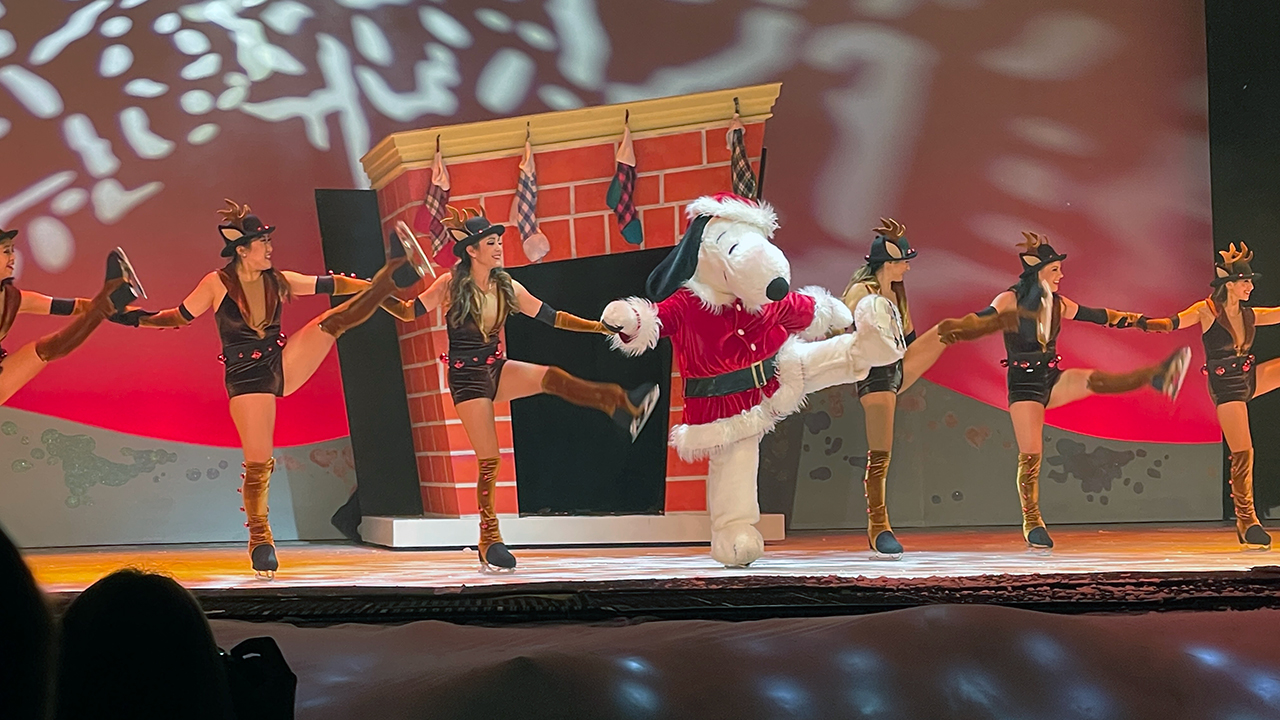 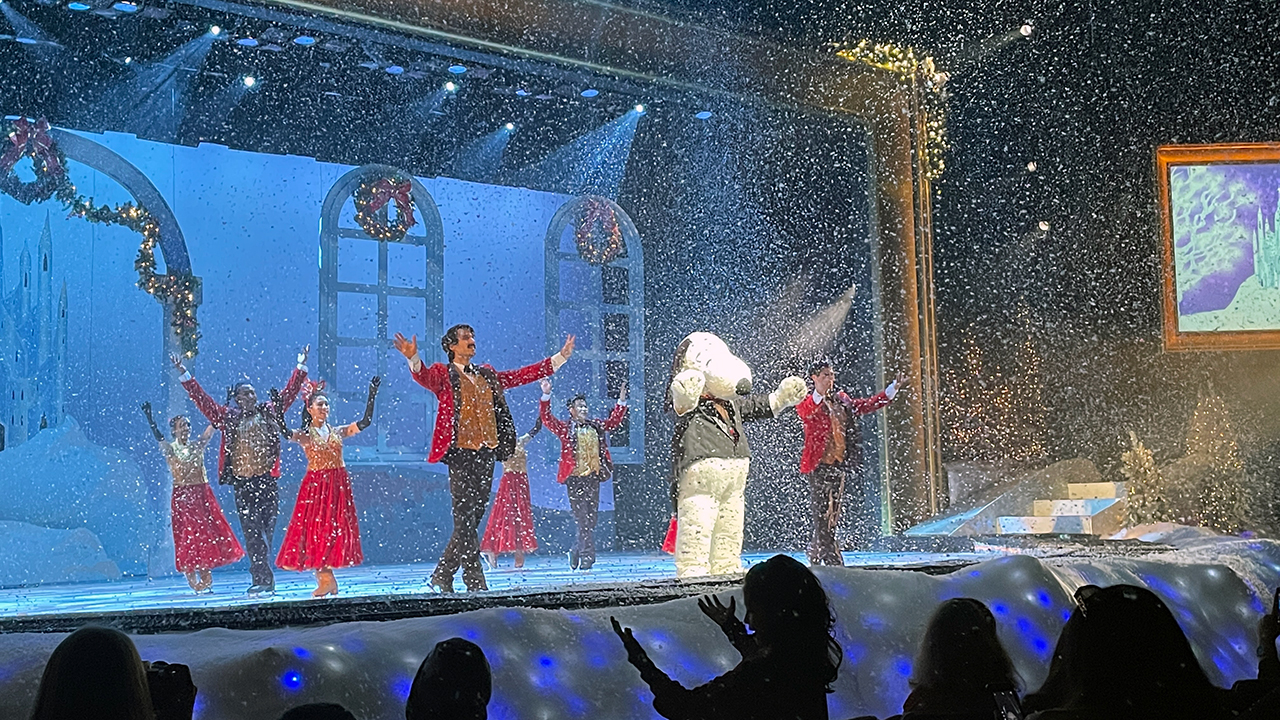 Other stage shows at Knott's Merry Farm include "A Peanuts Guide to Christmas" in Camp Snoopy and "Home for the Holidays" on the Calico Stage, which I recorded at its 2019 premiere.

I only went to the skating show once because of one scene that put me off. I do enjoy the skating and performances but when Linus does his whole what Christmas is really about spiel from the special, I got annoyed by the ‘Merica crowd hollering during the whole bit that made me feel uncomfortable.