GCI's First Coaster Goes For Its Last Ride This Weekend

July 27, 2022, 12:18 PM · GCI (Great Coasters International) has produced some remarkable coasters over the years. Several which immediately come to mind – thinking of those I’ve actually ridden – are Mystic Timbers at Kings Island, Thunderhead at Dollywood, and Wicker Man at Alton Towers. The very first GCI coaster to open in the USA, however, is none other than Wildcat at Hersheypark. In that context, this coaster is of some historical significance.

Wildcat opened in May of 1996 in the Midway America section of the park. It’s a massive structure whose modest stats belie its appearance. Standing 106 feet tall and featuring an 85.2 foot drop, it boasts 3,183 feet of track. It originally operated with PTC (Philadelphia Toboggan Company) trains which were later replaced with GCI’s Millennium Flyer trains. I never rode it in its heyday so have no basis for comparison but by all accounts it was well past its prime. 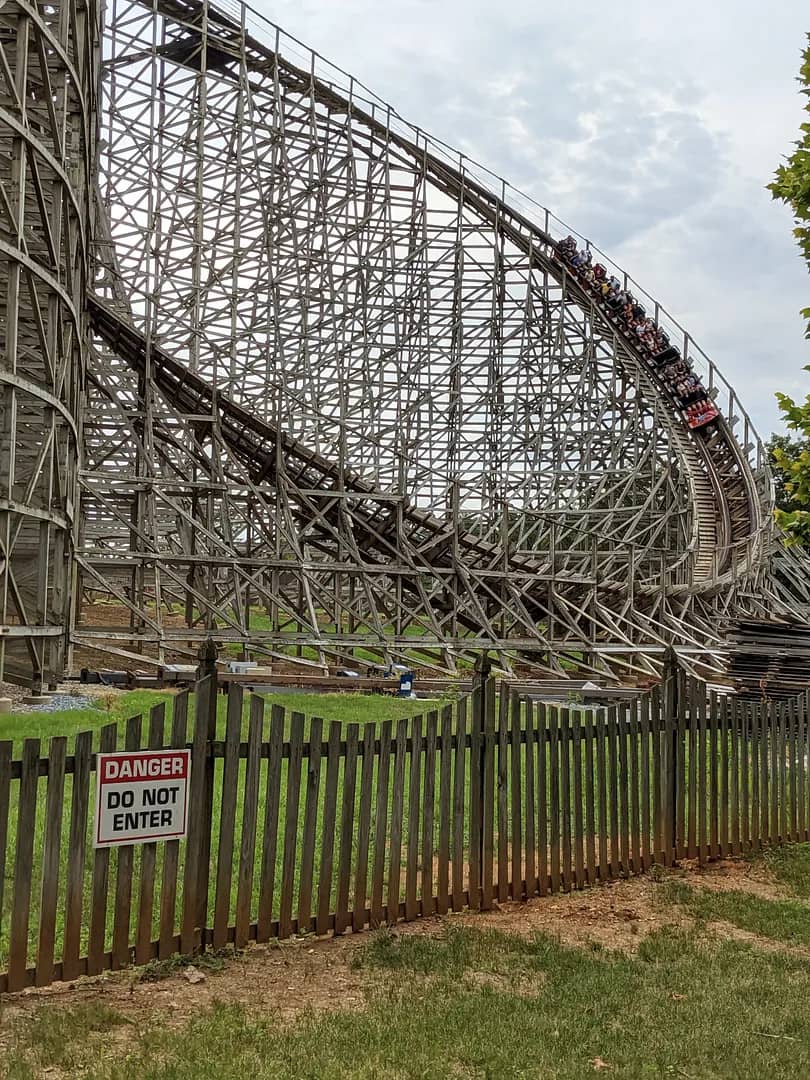 Wildcat is going for its last ride on Sunday, July 31. It’s always sad to see a coaster reach the end of its lifespan, and as an aficionado of wooden coasters, I felt compelled to go for one last spin. 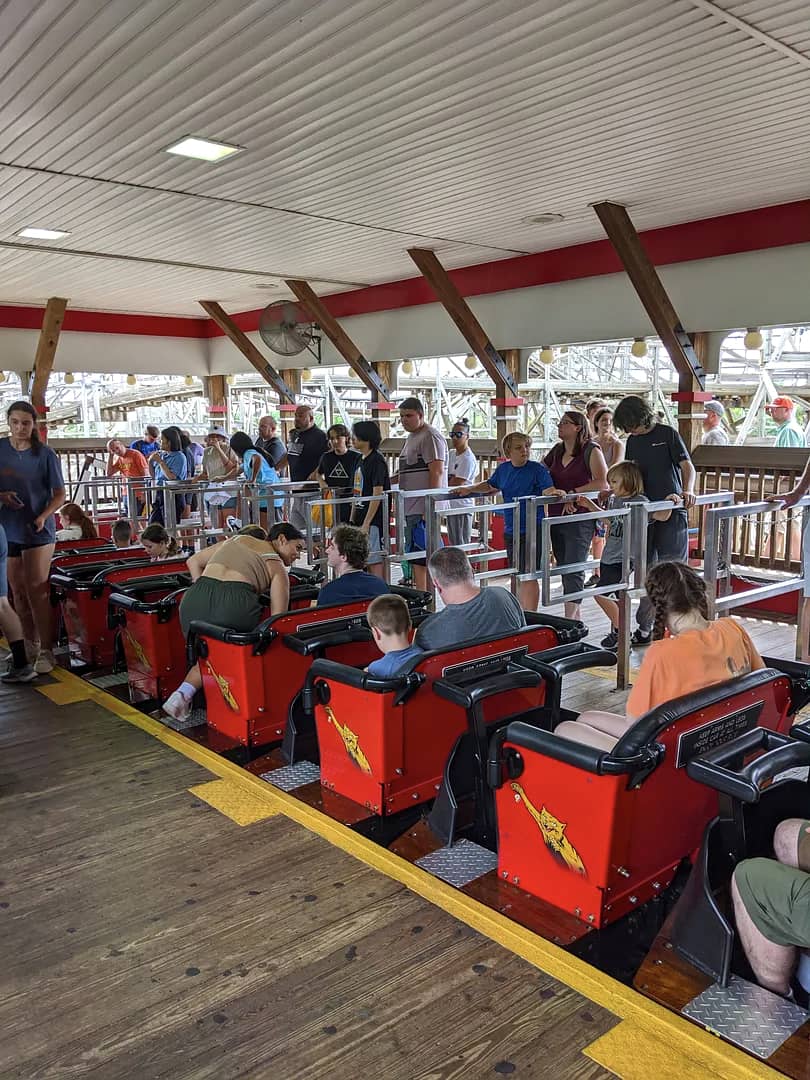 So how was the ride? I wish that I could say fine and dandy but in actuality my reaction can best be summed up as yikes, this is rough! Mercifully, it doesn’t throw you around; it’s more a case of shake, rattle and roll. You can feel each and every vibration as the train clatters around the track. And you thought that Mean Streak was bad? 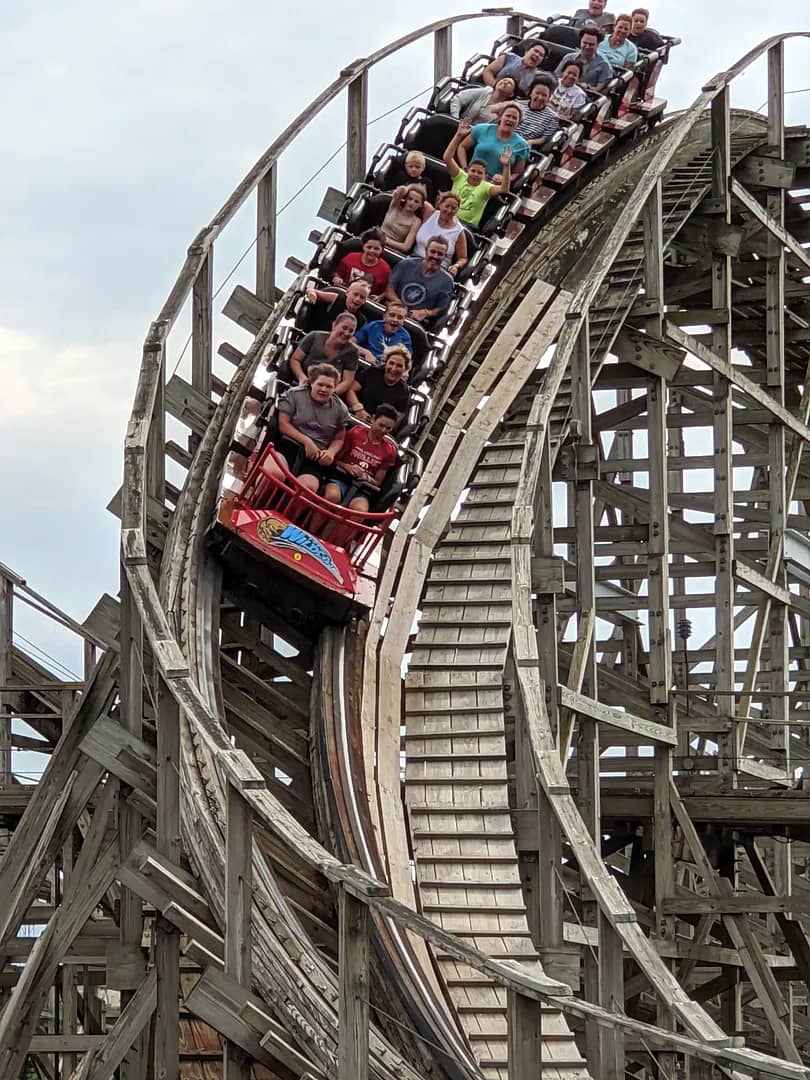 So once last rites are administered, what will the park do with Wildcat? Scrap it or bring in RMC (Rocky Mountain Construction) to do what they did with the original Gwazi at Busch Gardens Tampa Bay (another GCI coaster)? It will be interesting to see what happens. If ever there was a candidate for the RMC treatment, Wildcat is it. 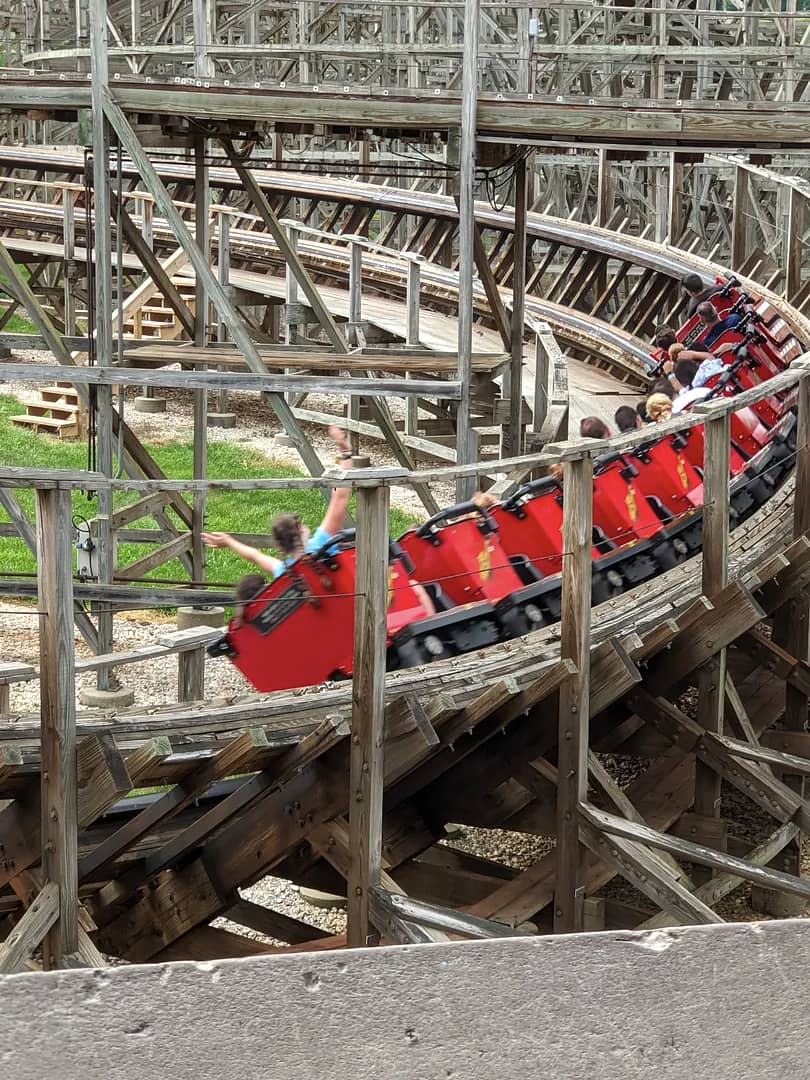 And BTW, Hersheypark has one other GCI coaster, Lightning Racer, which works like a charm.

Let's go for a final ride on Wildcat:

So glad this thing is turning into an RMC next year. I’m all for preserving wooden coaster when possible but this one had overstayed its welcome. It added nothing to the park’s attraction lineup and was painful every time I rode it.

I really enjoyed my trip to Hersheypark in general, but one of the most prominent things that stick out in my mind was how rough the old wooden coasters were. It felt like I was riding a jackhammer all day.

@TheStormRunner - I'm not aware of any official announcement that Wildcat will be RMC'd but thought it more likely than not.

After visiting Knott's Berry Farm, I was stunned at how smooth GhostRider was given its age, especially after the thrashing I got on the newer Apocalypse at Magic Mountain the day earlier. So GCI can make magic happen when they put their mind to it.

Thanks for the article Bobbie, and let the record state that I can't muster any tears for its departure. During my most recent ride this month, I couldn't keep myself from counting the seconds before we returned to the brake run. It officially made my "Do Not Ride" list along with Mean Streak, GhostRider, and Time Wrap

I've certainly ridden worse coasters out there, and Wildcat was definitely one of them when it ran with PTC trains. However, I felt that the Millennium Flier trains and recent retracking efforts made significant improvements to the ride quality. It never ran nearly as smooth as Lightning Racer, which I think hurt most guests' impression of Wildcat, but was still better than some more notoriously rough coasters.

It will be interesting to see what Hersheypark decides to do here, and whether GCI is contracted to refurbish Wildcat or if RMC is allowed to work their magic.

I don't hate Wildcat, but it is at the bottom of the remaining GCIs in terms of quality, is a below average wood coaster, and is the worst of the three woodies at Hersheypark. Sacrificing this ride for what is most likely to be a new RMC that will be either the best or second best coaster at the park is well worth it in my opinion, especially since they've got a much improved GCI just across the plaza. Some may cry foul simply because it is the first GCI, but innovation and improvement is a key part of the industry and nothing lasts forever. With Wildcat rarely pulling more than a 15 minute wait on days the park's top rides have queues in excess of an hour, it's clearly no longer seen as desirable among the park's patrons and thus more worthwhile to invest in replacement than refurbishment.

I worked at Hersheypark while the Wildcat was being built. It was featured in a TV series about how coasters are built and at the end they filmed some scenes with a professor from a local college discussing the physics of coasters. My daughter, who was 9 at the time, was also part of a show that was being filmed, but never shown. I was asked to ride the coaster by myself at the end, as a scientist would, making no expressions or noises. They put a pocket protector in my pocket and then put springy bug-eye glasses on me. The voiceover said "It's enough to make your eyes pop out." My 2 seconds of fame. Later in the season the park was having problems with young kids coming back from the ride with bloodied noses. Nobody could figure out what was happening. So I brought my daughter in and we rode together, and I watched her. I discovered that there was a certain hill--more of a hop--where she ducked her head down, and that if she was holding the lap bar to the front--where it pivoted, her nose came very close to the bar right in front of her. I suggested that we tell people to hold the lap bar closer to their laps and that solved the issue--no more bloody noses on the Wildcat. Mostly what I heard was how mean a dad I was to use my daughter as an experiment, but by then she had ridden the Wildcat dozens of times (she rode ever coaster a lot, including the Great Bear 76 times the year it was built (1998), BEFORE the park opened!) and every kid needs to have a bloody nose once in a while. But at any rate, she was fine and did not smash her nose.
The Wildcat was a loose ride--you could watch the tighter turns bend and move as you stood in line for it. I swear one of them moved over a foot. Over time it needed more and more maintenance to keep it in line and they even rebuilt one of the turns after a few years. I don't remember it being rough, but I do remember it being jerky.
I do feel a certain connection with the Wildcat though--my daughter and I were there at the beginning. I would like to ride it once more.