"Believe! Sea of Dreams" will play on the Mediterranean Harbor at Tokyo DisneySea, "where the waters are transformed into the Sea of Dreams — a place filled with 'wishing stars' that appear whenever someone makes a heartfelt wish," Oriental Land Co. said in its press release. 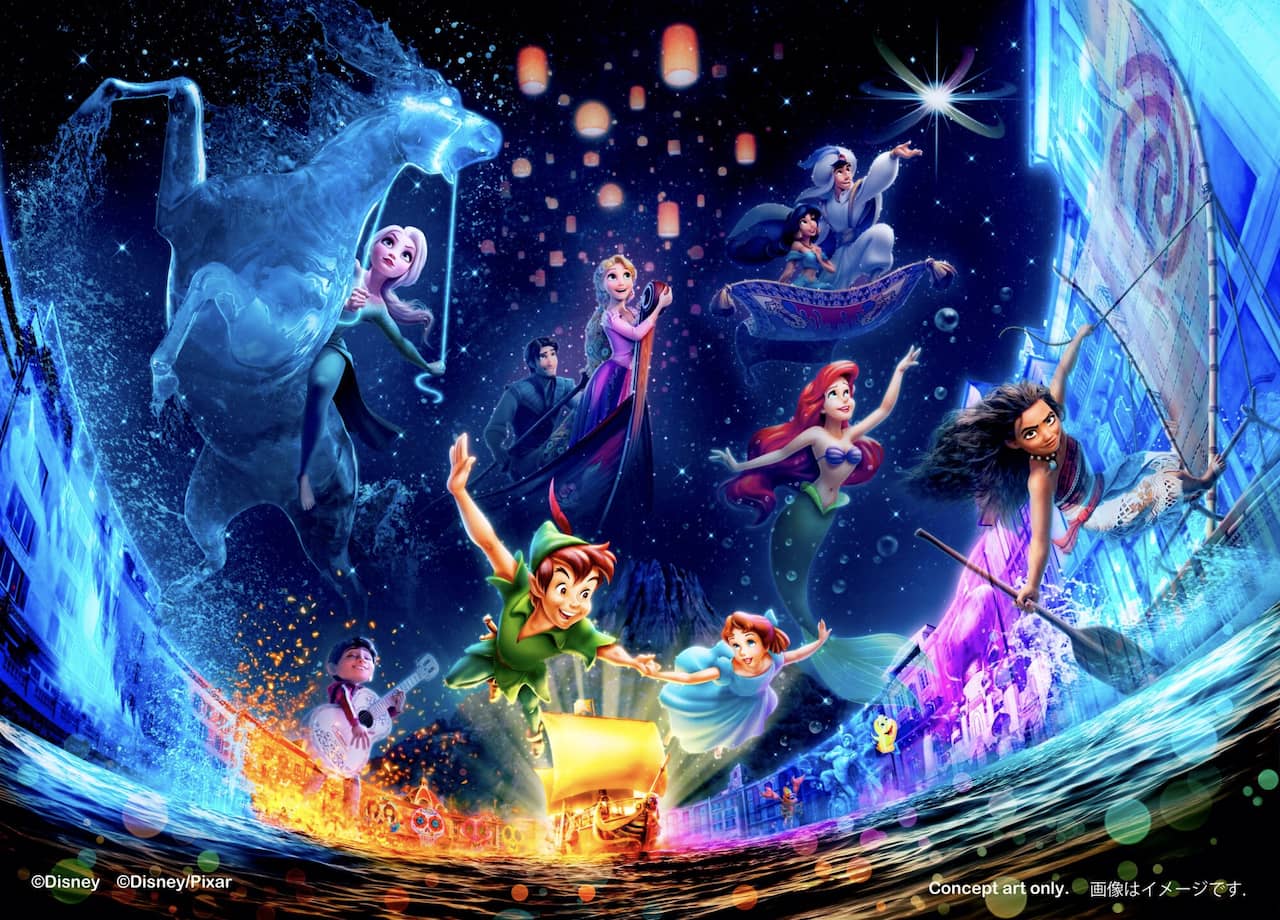 The 30-minute show replaces Fantasmic!, which played for nearly 10 years in that spot after replacing BraviSEAmo! Like Fantasmic, Believe! Sea of Dreams will feature floating show units, lasers and other lighting effects, but this production also will add projections on the adjacent Tokyo DisneySea Hotel MiraCosta - a first for a Tokyo DisneySea nighttime show.

Oriental Land Co, reported that staging Believe! Sea of Dreams will be a capital investment of approximately US$70.6 million. The show's presenting sponsor will be NTT DOCOMO, Inc.

As much I love The Little Mermaid, Beauty & the Beast, Aladdin, and The Lion King (we still see TLM and Aladdin in the promotional image)… it’s so good to see Disney isn’t so reliant on 30+ year old movies anymore and have started to incorporate their new animated IPs into the mix of nighttime entertainment.

Is it feasible to visit Japan at this point in time? We would be flying there from Canada.