Why Fans Should Be Excited for Disney's New Moana Attraction

August 25, 2022, 3:39 PM · Am I nuts for being really excited by Walt Disney Wold's upcoming "Journey of Water, Inspired by Moana" walk-through attraction?

Disney is sharing some new construction photos from the attraction, which is coming to Epcot's World Nature zone. The pictures show a lot of rock work, which Disney World guests can see taking shape from the monorail as it passes above the work site. 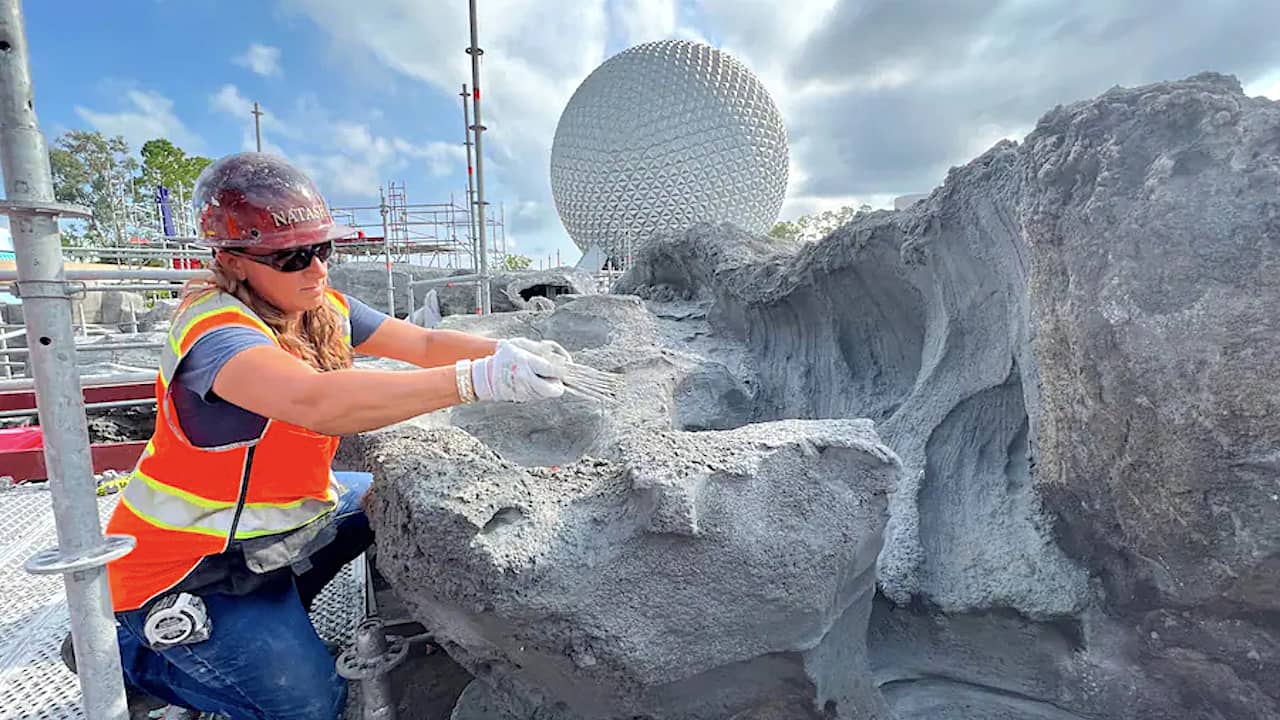 I'm a sucker for good rock work in a theme park or attraction. Whenever I see good rock work, I immediately forget where I have been and buy into this new themed environment. A cave, a mountain, a canyon - it doesn't matter what the rock work is supposed to represent, I send my imagination there without hesitation. 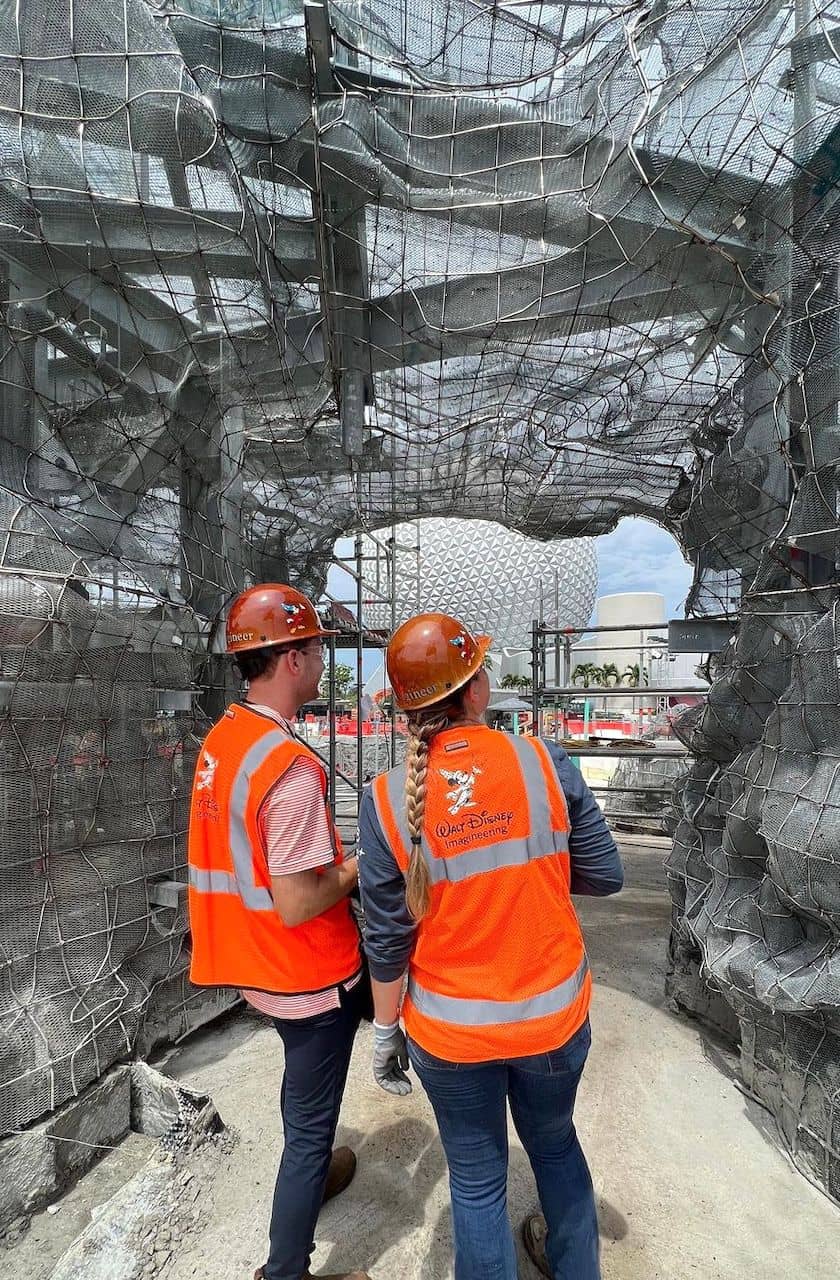 That's why Epcot's new Moana attraction has me so excited - because well-themed physical environments should not be limited to big-ticket attractions and immersive themed lands. Journey of Water is a walk-through in the heart of the park. I imagine that, eventually, most people who experience Journey of Water will have just stumbled into it on their way to someplace else in Epcot. This isn't being designed as some destination attraction. 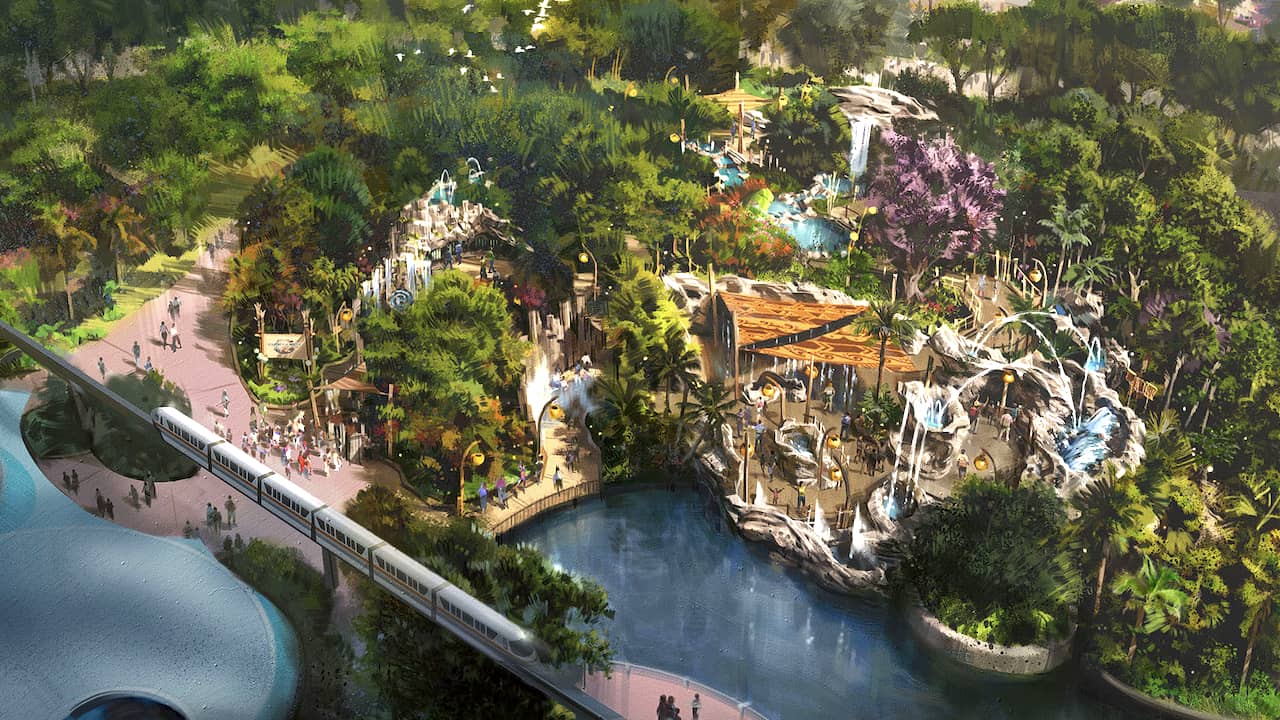 Concept image for Journey of Water, Inspired by Moana

And that makes it all the more exciting to me. It excites me to see Disney appearing to put some effort into creating more well-themed and highly decorated environments for the "spaces in between" in its parks. That berm-to-berm attention to detail distinguishes Disney and other top theme parks from competitors who design and maintain their parks more simply as a collection of individual rides and shows.

According to Disney "Journey of Water will allow guests to explore and engage with water as it travels from our skies to our oceans and back again." The walk-through will depict the water cycle through a variety of environments, overseen by Moana, who will be depicted in the rock work as the water arrives at the ocean. 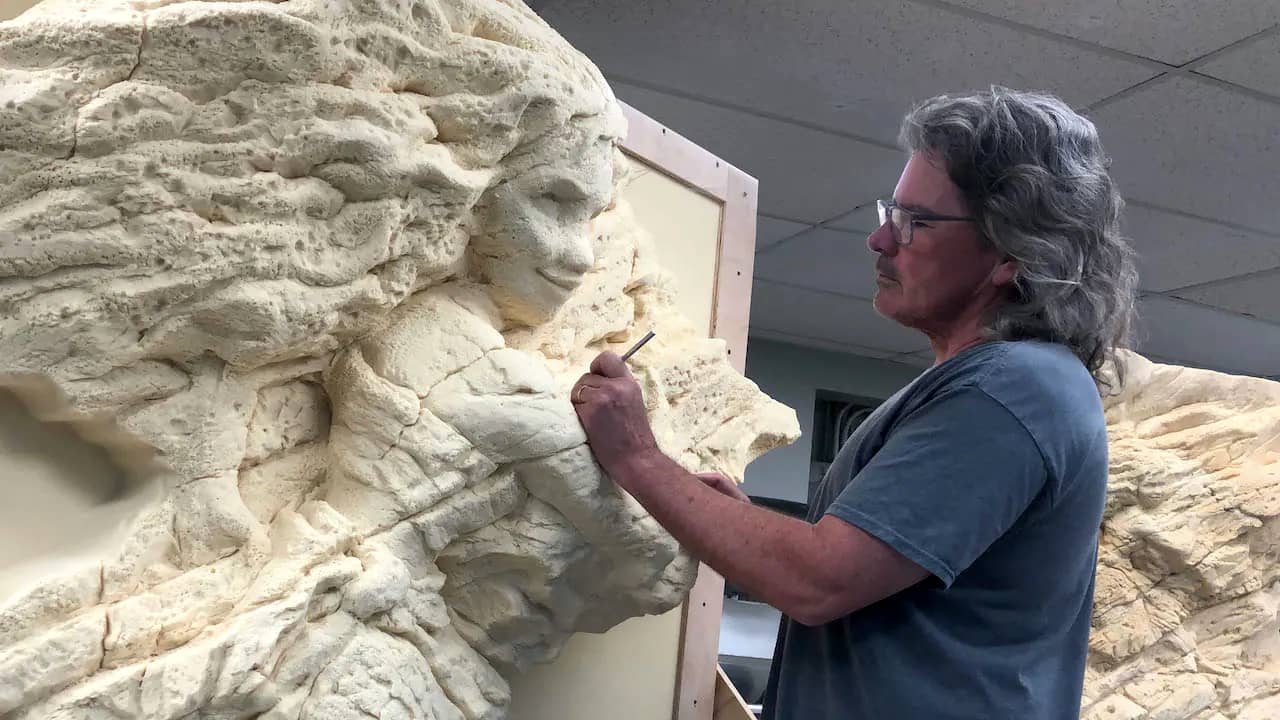 Disney has not announced an opening date for this experience, but based on its progress, I would guess sometime in the middle to the end of next year. So it will be a while before we can judge how well Disney has delivered on this concept. Granted, I would not be as excited for Journey of Water had Disney not also recently opened Guardians of the Galaxy: Cosmic Rewind and Remy's Ratatouille Adventure in Epcot. If Disney were trying to pass off Journey of Water as a headline attraction, it would be setting this experience up to disappoint many Walt Disney World visitors.

But as a supporting attraction that brings new texture and experience to the heart of the former Future World, Journey of Water promises to be exactly the plussed detail that Walt Disney World needs to maintain its lead among theme park destinations.

So are we supposed to be excited for the Redwood Creek Challenge Trail at DCA too? It has some nice rock work, and accurately captures the rugged, forested wilderness of Northern and Eastern California. However, at its heart, it’s just a fancy tot lot, which is my expectation level for this new Moana attraction.

Being in Hawaii right now, I’ve been reading about Aulani and the themed hiking trail WDI built there (haven’t visited yet because you can only go on property if you’re a guest or have a dining reservation), but it’s reportedly in really bad shape from lack of maintenance of the special effects. I presume EPCOT’s walk through will be better maintained because of the higher profile, but even guests who experienced Aulani’s attraction when everything was working we’re not terribly impressed.

I kind of expect it to be a smaller version of the Valley of Mo’ara at DAK just with cues to Hawaiian culture and a conservation message and probably not worth more than 15 minutes of your time.

The only thing that would make Redwood Creek Challenge Trail better would be if Disney surrounded it with water and hired some CMs to drive people over and back to it on rafts. :^)

Yo, I appreciate some good rock work as well! Nothing beats the massive work done for Radiator Springs Racers but heck even the old Catastrophe Canyon stuff was cool to me. Canada at Epcot is neat to. It really elevates the theming. But yeah this Moana attraction will be welcomed and add to the beauty of the park. That's always good.

I'm not going to speak about the future quality of this attraction, as I like to reserve judgment until it's fully built. However, one thing that Journey of Water has in its favor is the lush green space that it will add to EPCOT, a park that is lacking greenery, especially in the front of the park.

When I was a kid the jumping water was one of our favorite things at Epcot. If this captures the magic of that, or expands on it, it should be great.

Do you know about the Zsolt Hormay, the genius who does all the sophisticated rock work for Disney? He's done more to create Disney's look in recent decades than most anyone.

This is a great Q&A with Hormay (to colonel's point) that everyone who's a fan of this kind of rock work should check out.

I think this will be a great addition to the park.

I’d rather set my expectations low and be pleasantly surprised if WDI can come through with something unique.

I feel the Valley of Mo’ara is seriously overrated as an attraction (yes, it’s visually stunning, but the activities are pretty underwhelming, particularly compared to how the experience was marketed). I would trade some of the visual wow of Pandora for more substance to the attraction.

Conversely, the Redwood Creek Challenge Trail is more retrained visually, but has some decent activities, though mostly geared towards little ones. I only mentioned Aulani’s hiking trail because I can see the resort from where I’m sitting at work right now, and was hoping to explore it at some point while I’m on Oahu, and the obvious connection and similarities given the Hawaiian theme of EPCOT’s addition.

The only good thing about the Moana experience is those freaking wooden walls will finally be gone !!!
Well, hopefully... LOL :)

I am not excited about this at all or the direction Epcot has gone in, and IMO Walt Disney World is in no way lacking in fake rocks and waterfalls they are literally all over all of the parks (including Epcot at Canada) and many of the hotels, and also I think having rocks and waterfalls in that area of the park is going to look bizarre as hell.

I did enjoy the Redwood Creek Challenge trail at DCA though haha (maybe not now at my current age but in my 20's it was fun climbing around).

Russell: "I feel the Valley of Mo’ara is seriously overrated as an attraction ..."

Me: By whom, exactly?

If it wasn't for me being a theme park nerd, I'd know nothing about this addition. I too am curious as to how they will market this as we get closer to its completion.

Why Fans Should Be Excited for Disney's Big Box Ride Buildings.
I'm a sucker for Big Box Ride Buildings in a theme park. Whenever I see a Disney well painted 'go away green and blue' ride building, I immediately forget where I have been and buy into this new themed environment. Sure at first I don't see it as it is meant to be invisible but as soon as I notice it I'm excited what is in it. The possibilities are endless, is there a coaster in it and will I puke my mac & cheese and cupcake in one of the themed bins at the end of the ride.
That's why Epcot's Guardians of the Galaxy has me so excited.

A Disney Park moment I’ll never forget: when I brought my daughter (5 years old at the time) up in the Swiss Family Robinson Treehouse. She asked me “Daddy, what are we doing in this tree, can we go on that ride down there ?”. Hopefully many other parents get a similar unforgettable experience out of this upcoming attraction…

Who comes up with these names … JWow by Moaning Mertle

Couldn't agree with you more Robert. Its the unnecessary details like this that differentiate a good park, and a great park. And isn't a lack of new edutainment like this, in Epcot, exactly what people have been complaining about for years?

Speaking of rockwork, I have a friend who was on the opening Splash Mountain Crew at Disneyland.

You know those rocks that are embedded in the rockwork in the queue? He was there and watched Imagineers and construction workers literally with a whole bunch of actual rocks. As the rockwork was drying, but still pliable, they literally grabbed these actual rocks and threw them at the rockwork as hard as they could. Wherever they hit and stuck, that's where they stayed.

So there's rockwork, and then there are actual rocks that work as part of the rockwork.

I’m sure this will be fine, it’s just getting too overhyped for a walk-through attraction. I see this as the equivalent of getting a $5 Amazon gift card for Christmas. Good, but nothing worth writing home about.

Can we assume OT is impressed with the way Disney hid the ride building on Pandora?