The Robinsons Finally Get Their Revenge at Disneyland

November 10, 2022, 12:10 PM · After nearly a quarter century, one of Switzerland's most famous Hollywood families will have their revenge. Disneyland announced today that the Swiss Family Robinson is getting their name back on their former Treehouse in Adventureland next year.

Disney brought "Swiss Family Robinson" to the big screen in 1960, with a walk-through attraction themed to their Treehouse opening at Disneyland two years later. That attraction welcomed fans for 37 years until its closing in 1999, when Disney rethemed the Treehouse to promote its animated Tarzan movie that opened that year. 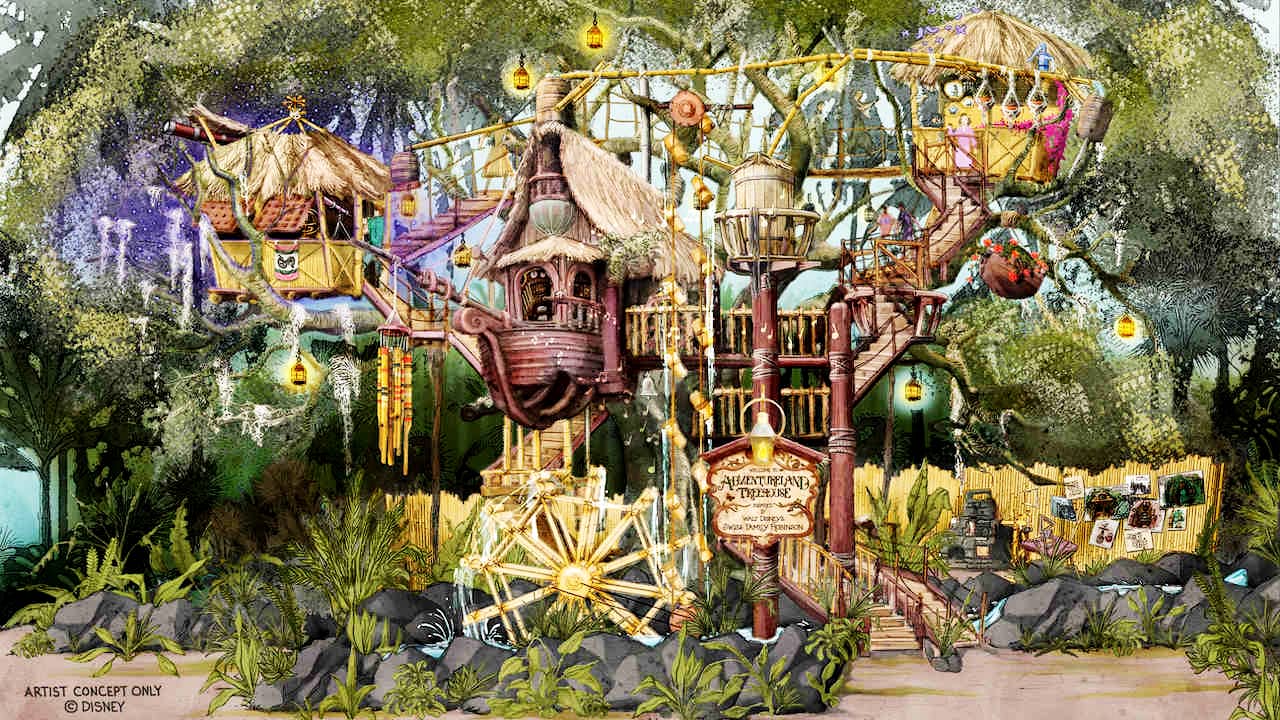 "Here, you will find fascinating rooms that the family in this new story created for one another," Disneyland said in its press release. "From the mother’s music den [below] and the young sons’ nature room to the teenage daughter’s astronomer’s loft, all things are fashioned from found objects, natural resources, and pure ingenuity." 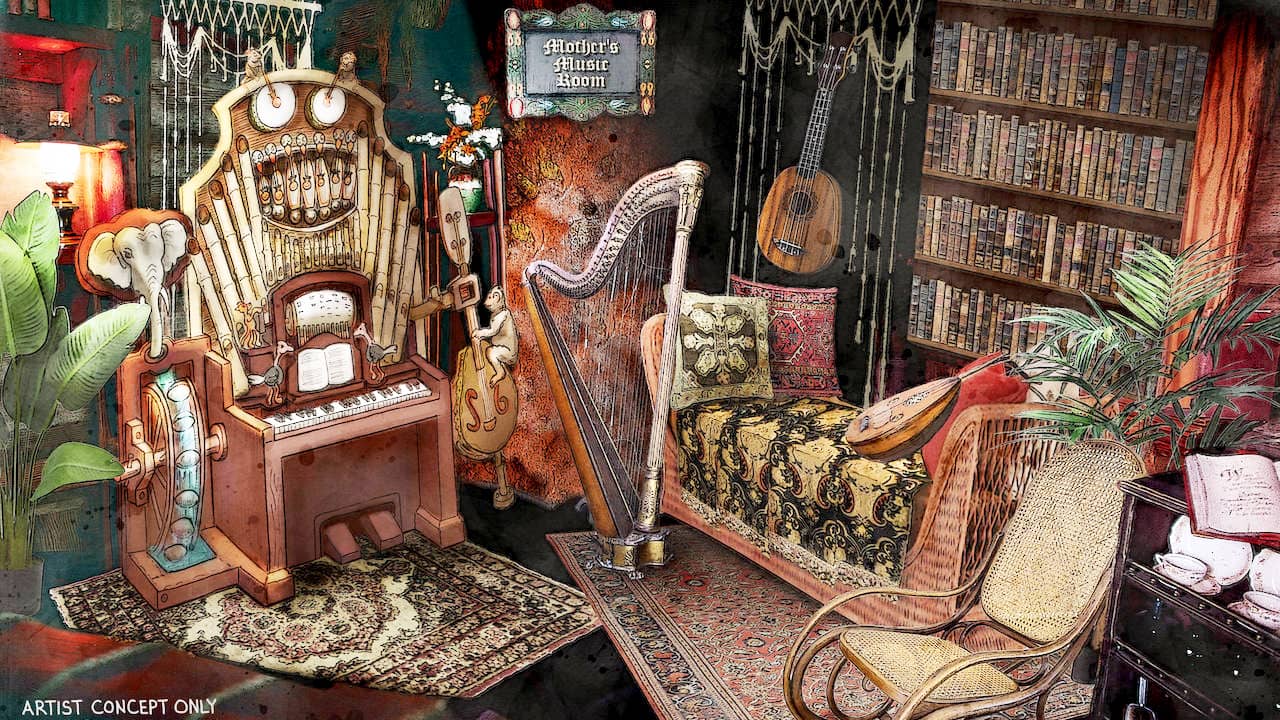 Okay, so it's "inspired" by the Robinsons, rather than being the actual family moving back in. (Maybe they are Airbnb-ing it now?) Regardless, the Robinsons-inspired Treehouse is one of many new attractions scheduled to open at Disneyland in 2023 - the 100th anniversary of The Walt Disney Company. January will see the debut of Mickey & Minnie's Runaway Railway and the Wondrous Journeys nighttime spectacular, followed by the opening of a reimagined Mickey's Toontown and the return of the Magic Happens parade later in the year.

Nice, I admit thought they'd retheme it to a more current film but nice to see a classic come back.

This is what I love to see. No big multi-million dollar IPs in sight!

I am excited! Which is unusual since I've always taken a neutral stand on the Swiss.

freedom to walk through Adventureland without hearing music from Encanto for at least another year. thank you god.

You owe me a keyboard now after that spit-take, TH. Hah!

This offers them a chance to perform a quick reskinning of the attraction to allow Disney to market something new for the 100th celebration. It also gives WDI flexibility to continue to work on future modifications to this attraction to retheme it to something else down the road.

Ultimately, this attraction has always been problematic for me. Because of the ability of guests to get nearly 2 stories above New Orleans Square/Adventureland, it's one of only places in Disneyland that breaks theme when you look into the distance. There's really not value to the attraction IMHO (certainly not enough to give guests the opportunity to break theme), and I've always thought Disney could repurpose the space to open up the pathways leading into New Orleans Square.

I guess there's nothing wrong with this, but I hope at some point WDI works to come up with a better solution to this space than trying to reimagine the current design with various themes.

Personally, I think this is a much better option for the treehouse than trying to tie it to Encanto. For one, the attraction is little more than a diversion, so putting a major IP in may lead to people hearing about "the new ride" only to be majorly disappointed when they see it's just a simple walkthrough. For another, not using the IP here saves it for something much larger in scope and scale further down the line. And lastly, Swisskapolka (or something similar) meshes far better with the sounds of Adventureland than anything from a movie musical would.

I always knew Encanto was just a fan wish that became a rampant rumor. If you seen the movie, the treehouse in question is barely in the film and it wasn’t much of a treehouse, more like platforms on ledges.

Count me also in the camp surprised that they aren't going with Encanto. Like AJ, I suspect that Disney may have bigger plans for that property now (Disneyland Forward, anyone?).

This is great. The original treehouse was so inspiring as a kid, like a rube goldberg contraption brought to life, I'm so happy they went back to what made it fun and didn't try to slap new IP on it that wouldn't fit.

Here's hoping they made those handrails higher, it was also always kinda scary walking around up there . . .

“Market something new “ don’t think that’s worth the effort - now if they re-skinned it’s a small world I can’t imagine the gate crashing demand for that ??

TH, is that official yet? As far as I'm aware, the Encanto thing at Magic Kingdom was more of a blue-sky announcement and not something Disney was ready to commit to yet.

To be fair, this is ~kind of~ going to be based on a new IP…There’s a new Swiss Family Robinson series coming to Disney+ next year…I’d guess that the modern park goer isn’t too familiar with the original, obviously…But this certainly gives them an opportunity to bring those who are familiar with the original together with those who’ll become acquainted with the new series, all while dedicating very few resources to an already established attraction…