The Boneyard is a playground in Dinoland USA at Disney's Animal Kingdom. It's worth seeing on a time-permitting basis. 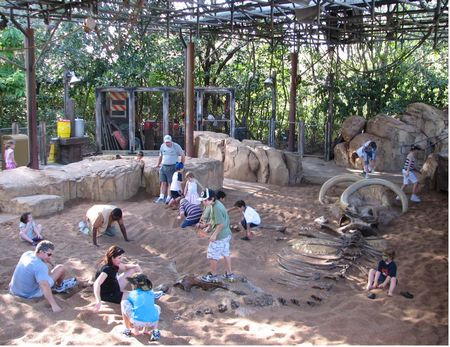 A large play area for kids, themed to a Dinosaur dig. Consider this the world’s fanciest sandbox. The Boneyard, Primeval Whirl, and TriceraTop Spin are part of “Chester and Hester’s Dino-Rama," a carnival supposedly opened by two local residents (Chester and Hester), on whose land paleontologists found dinosaur bones in 1947, according to Disney’s invented backstory for the land.

Reviews of The Boneyard