UP! A Great Bird Adventure 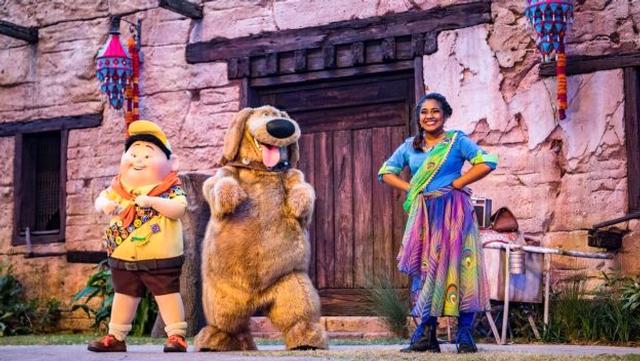 The former Flights of Wonder show is reimagined with a new theme from Pixar's "Up," starring Senior Wilderness Explorer Russell and Dug. More than 15 species of birds are featured in the show, including toucans, parrots, macaws, and an African fish eagle with a seven-foot wingspan. The show opened officially with the park's 20th anniversary on April 22, 2018.

Reviews of UP! A Great Bird Adventure

Embarassing. Naturally they will say it's aimed for kids - but that's an excuse for it being rubbish. The cynical way into which UP franchise is placed is pathetic.

The original Flights of Wonder show was interesting, funny, and was about the amazing birds. It was enjoyable, well received and ran for many many years. Disney just did to this show, what they did to Journey Into Imagination with Figment decades ago; they made it horrible. For starts, this bird show has nothing to do with the movie, "Up". I think they found two lesser known characters who had interaction with a bird in a movie and tried to build a bridge to relate it to this show. The dialog is forced, unfunny and boring. Nobody laughs or smiles, they just want Russel and the dog to get off stage. I know that it seems like the average person needs to have a Disney movie character in every ride and show but it is not true. Go back to the drawing board and fix this train wreck. After watching this show, it dawned on me that Disney executives are not following their founder's advice of listening and watching how the guest responds to a ride or attraction. How anyone could watch this and give it the green light is beyond me.

The program is silly to adults and is obviously aimed at 8-year old children. The previous bird show was much better. My wife and I hoped the new show would showcase more birds, not less. Disney has really missed the mark on UP! Please redo the script and aim a lot higher. Animal Kingdom is a sophisticated animal adventure. Other shows such as Lion King and Nemo are both very professional in comparison to the kindergarten performance at UP!.