Alice's Curious Labyrinth is a walk through in Fantasyland at Disneyland Paris. While it's not the best, it is also recommended. 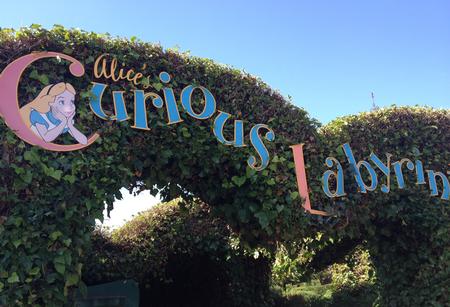 This attraction, themed, obviously, to Disney's 1951 feature film as opposed to Lewis Carroll's novel, is bifurcated into two distinct portions. One themed to the Tulgey Wood, and Alice's encounters prior to meeting the Queen of Hearts, and the other to the Queen of Hearts' hedge maze, in which Alice assisted three of the queen's peons paint the roses red.