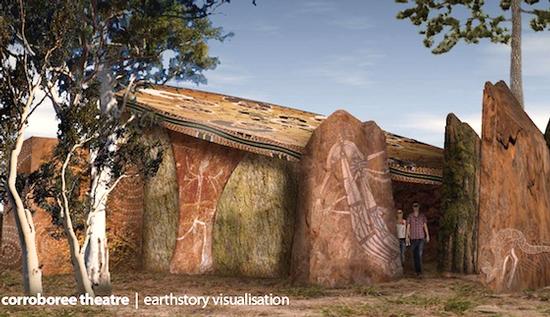 Dreamworld is Australias largest themepark. Situated in the theme park corridor between Brisbane and the Gold Coast on Australia's eastern coast, Dreamworld incorporates casually themed zones and a sister waterpark next door. Operating hours are from 10am-5pm every day of the year except ANZAC day (25th April), when the park is closed for the National day of remembrance.

Tickets come in a variety of forms but the best value for money is the World Pass from $69.99. The world pass allows unlimited entry to Dreamworld and its sister water park until June 2014. Daily passes start from $49.99.

Dreamworld has a virtual queuing system available from $15. The Q4U will do exactly as the name says and queue virtually for you, allowing you to enjoy the rest of the park and arrive at the ride at your designated time. However this is only really useful during the parks peak operating days (generally local school and Christmas periods)

A number of animal experiences are available at an added cost, as are Dreamworlds evening event, Screamworld which is held every few months. If you are visiting the parks during the filming of television series Big Brother you can also purchase tickets to the live eviction and nomination shows (generally August-November)

Unlike some overseas themeparks, parking at Autralian themeparks is free. Shuttle buses are available from most Gold Coast hotels, and public transport via bus or a combination train is readily available. Taxis are a more expensive option.

As always, prebook your tickets before you go! The easiest way to do this is through Dreamworlds website, although most hotels will book these for you, and provide a shuttle bus service. Make sure you plan on arriving early before the park opens. Generally the gates open 30 minutes prior to the official opening on busy days. Some tickets allow early entry with a limited number of smaller rides available. Ensure you wear lightweight clothing, comfortable shoes and a hat. Sunscreen is an absolute must as the Gold Coast sun can be lethal. Chances are your day will be sunny, but on the off chance of rain, ponchos are readily available at the Dreamworld stores.

The Zones and attractions

Dreamworld does not have heavily themed areas but does split the park into multiple zones.

Main Street incorporates many of Dreamworlds retail stores, the Dreamworld cinema and railway station. The railway station is your only mode of transport around the park, with stops located in key areas.

Town of Gold Rush is themed after a mining ghost town and features a looping coaster and raft river ride. Also located in Gold Rush is a photography studio.

For the little ones, Wiggles World contains rides and attractions modelled after the popular children's group of the same name. Featuring a trackless Big Red Car ride and other small flat rides, little kids will love the colours and atmosphere.

Tiger Island opened in 1995 and allows you to come up close with tigers. Featuring the Bengal Tea House, you can have a relaxing tea or coffee here while watching the tigers rest.

Ocean Parade is the largest zone and incorporates a number of flat rides, a roller coaster and a flo-rider (at an up charge). Also located here is the Tower of Terror, whose loud launch can be heard from all over the park. At Ocean Parade you will also find an internal gate to Dreamworld sister park "White Water World"

Dreamworld studios incorporates the Big Brother house and auditorium. The auditorium is used during peak periods for visiting shows.

The majority of food available at Dreamworld are of the burger and chips variety. An assortment of other takeaway foods are available at vendors located around the park. Dreamworld does not allow visitors to bring their own food into the park unless it is for specific dietary requirements.

Smart locals usually head outside the park for lunch at the much cheaper major takeaway chains located down the road, or bring an esky full of sandwiches that they will snack on in the car park.

The two biggest attractions at Dreamworld are the Tower of Terror and Giant Drop. Both attractions are very popular and have very low capacity so ensure you head to these first! Working your way back to Ocean Parade, your next stop should be Cyclone and the other rides found here like Wipeout and Shockwave.

Water rides will be busier in the afternoon, so spend your day wandering the parks animal exhibits, enjoying the smaller attractions and taking in the parks atmosphere. As you leave the park, hop in line for Buzzsaw located right next to the entrance.