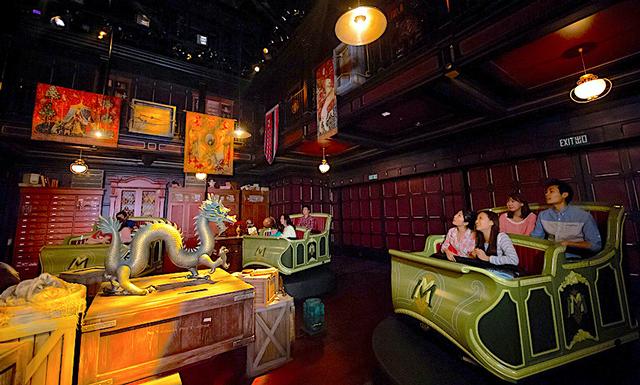 Mystic Manor is the centerpiece of Mystic Point, the third and final new land in Hong Kong Disneyland's expansion. It's the home of Lord Henry Mystic (a member of the Society of Explorers and Adventurers with Harrison Hightower of Tokyo DisneySea's Tower of Terror). Among the many artifacts and curiosities he's collected from around the world is a legendary music box, said to have the power to bring inanimate objects to life.

But Henry's little monkey assistant, Albert, wouldn't open this Pandora's Box, would he? Of course he does, in this whimsical adventure that employs a trackless ride system, a la Tokyo Disneyland's Winnie the Pooh ride.