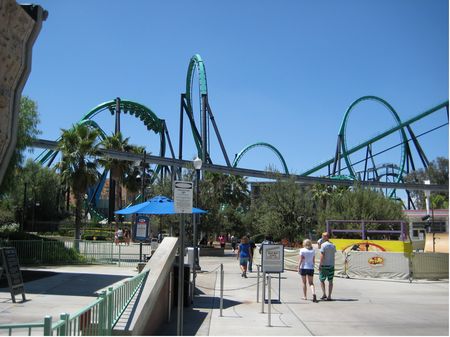 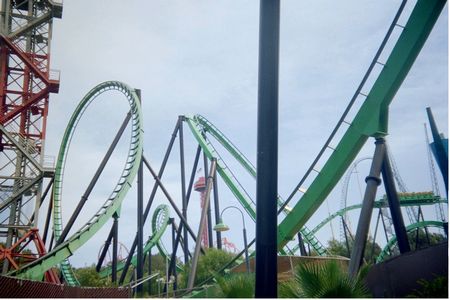 The Riddler's Revenge. Good ride but a bit too long for my needs but at least you get your money's worth if you hafta stand in line for a while. Photo taken on my first & so far only trip to SFMM Sept. 2005. :( Maybe someday I'll get to go back! Photo submitted by Adrienne McDonald 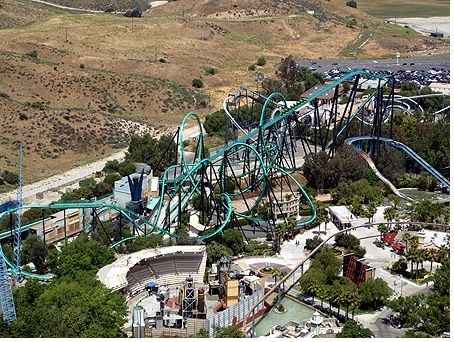 Riddlers Revenge, as seen from the Sky Tower. Photo submitted by Robert Niles 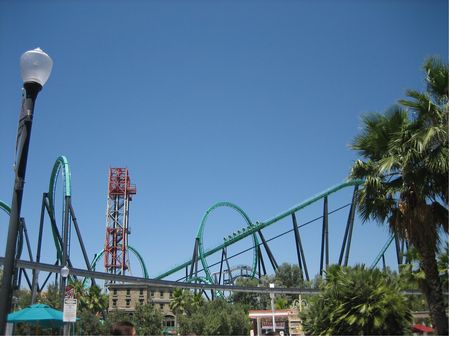 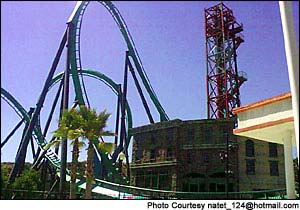