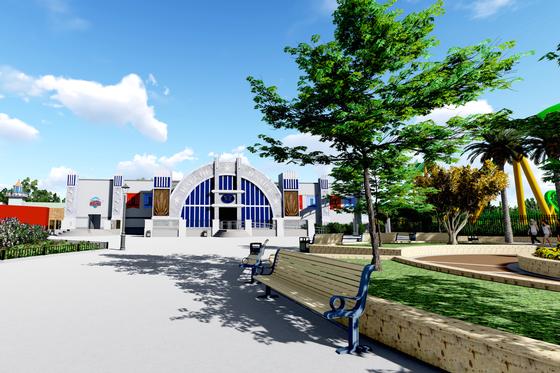 Opening in 2017 and designed by Sally Corporation, with interactive video by Alterface, and motion base ride vehicles from Oceaneering, Justice League Battle for Metropolis challenges riders to join Batman, Superman, and other Justice League heroes to fight The Joker, Lex Luthor, and their armies in a battle for control of the city, all while trying to escape The Joker's toxic laughing gas.

I had high hopes for this dark ride knowing that it was an expanded version of other Justice League attractions installed at other SF parks around the country. However, SFMM found an even less efficient way to operate this version, and can't seem to keep up with the demanding maintenance for the high tech attraction. The additional scenes and affects work well to differentiate this version from the others, but since so many of the other affects weren't running or out of sync and the poor queue management and ride operations make this version subpar compared to the other Justice League rides.