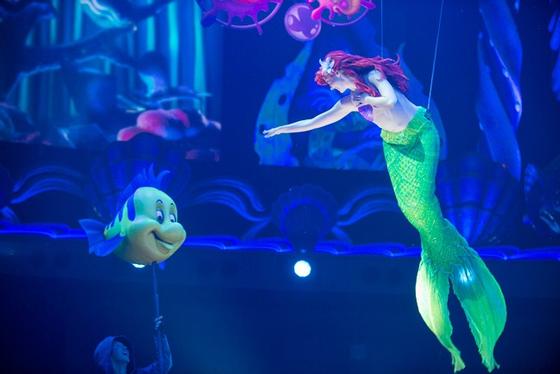 Opened on April 24, 2015, this show features the music of Disney's The Little Mermaid, performed in the Mermaid Lagoon Theater in Triton's Kingdom.