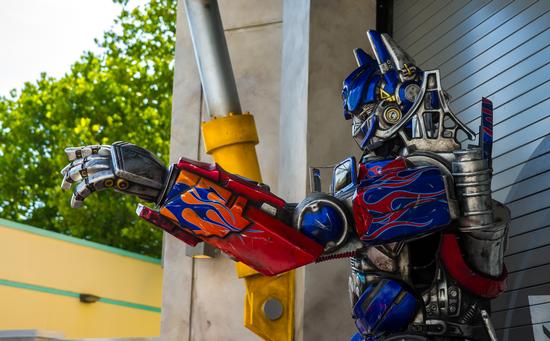 The motion-base ride, based on the hit Michael Bay Transformers films, opened officially in June 2013, after successful debuts at the Universal Studios parks in Singapore and Hollywood. You're a new recruit on the NEST team, helping the Autobots defend Earth from the Decepticons. But before you finish training, you're rushed into battle with EVAC, a rookie Autobot, and told to take the Allspark -- the Transfomers' source of power — to safety.

Reviews of Transformers The Ride 3D

Even though Transformers has the same ride system as Spiderman in the park next door, it offers a different experience. If you enjoyed Spiderman, then you will enjoy Transformers.

Agree, it is very similar to spiderman. But it is still awesome, just like spiderman.

It's basically spiderman with a slightly worse storyline. Still a great ride!

This is a rip-off of Spider-Man, but it doesn't matteer because the ride is immersive and fantastic.

Good, but Spiderman is better option for the same style ride.