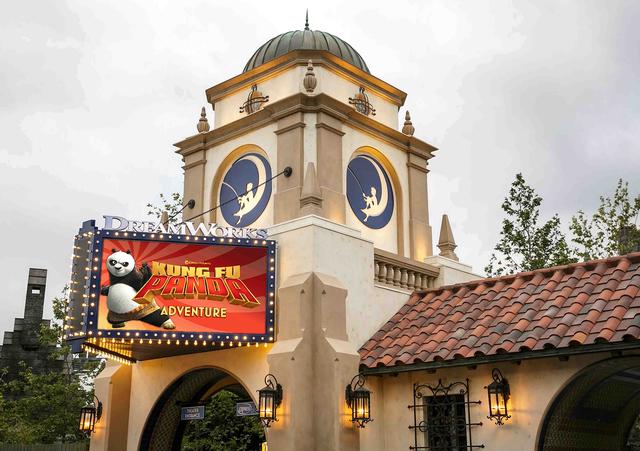 Playing in the DreamWorks Theatre, this show debuted June 15, 2018 and follows Po and his friends as the try to deliver the liquid of limitless power to the emperor. The show is presented in 2D, but with in-theater effects, moving seats, and projection mapping throughout the theater.

An outstanding use of this franchise. Don’t let the characters fool you into thinking this is just for kids, the show is quite impressive and has tons of detail. Try it, you’ll probably like it.

This is a great improvement over Shrek 4-D. The pre-show area is well done with great projection mapping effects.

Although a bit long, it's redeeming factor is the theatre and it's screen. I won't spoil it but you'll know what I mean when you watch it.