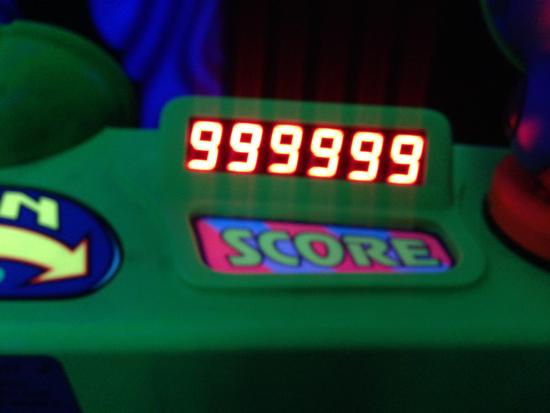 If you’ve got a young video-game lover in the family, this ride is a must. This was the first “shooter” ride in a major theme park when it debuted in 1998. As you ride through the attraction, you’ll be shooting guns mounted on your vehicle’s dashboard at alien targets as you try to help Buzz defeat the Evil Emperor Zurg. To get the best shot at the targets, and to throw off your opponent’s aim, use your car’s dashboard joystick to spin the car to the left or right. High score wins bragging rights. The competitive game element makes this a highly popular attraction to ride again and again, so lines really back up in the middle of a busy day. Tips? Target the arms on the giant red robot in the first room, then aim for the volcano on the far wall of the next room to score big, 100,000-point bonuses.

Fun attraction, but in desperate need of an upgrade.

Always been my favorite in the Magic Kingdom. So fun. So nostalgic. 10/10

Depends on what your tastes are as the shoot em up isn't huge for me. I enjoy the scenery much more.