Golden Oak Outpost is a counter service restaurant in Frontierland at Walt Disney World's Magic Kingdom. You can do better. 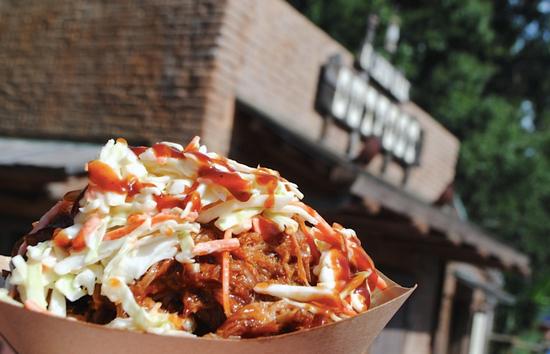 Named for Walt Disney’s California ranch where the company filmed several of its television shows, the outpost is a small, outdoor counter-service stand serving specialty-topped waffle fries for $6, with options including BLT-topped and barbecue-pork-topped fries. Disney also has used the “Golden Oak” name for its ultra-high-end housing development located just down the road from the Magic Kingdom, with multi-million dollar homes for sale to Disney fans who think Scrooge McDuck is middle class.