Princess Fairytale Hall is a meet and greet in Fantasyland at Walt Disney World's Magic Kingdom. Readers say... skip it. 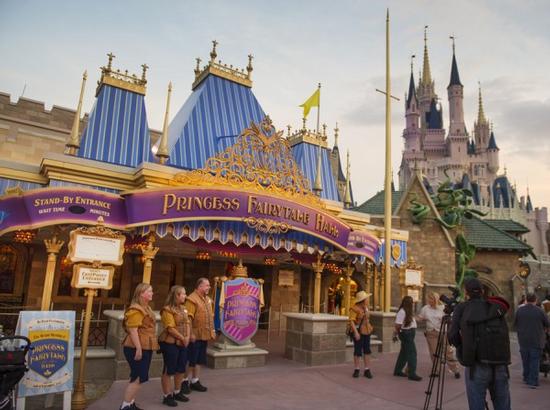 This meet-and-greet location, where you can meet one of several Disney princesses (including Anna and Elsa from Frozen), opened in September 2013 on the site of the now-closed Snow White’s Scary Adventures ride. If you want to meet the Frozen sisters, you must either book a Fastpass+ reservation weeks in advance or come to the Fairytale Hall first thing when the park opens. Wait times for Anna and Elsa hit six hours during their debut summer in 2014, and at times Disney has closed the stand-by queue entirely, allowing people to see the characters only if they had a Fastpass+ reservation or a return-time card that was distributed on a first-come, first-served basis at the beginning of the day.