Sorcerers of the Magic Kingdom

Main Street USA
Walk through
Not enough votes yet to rank 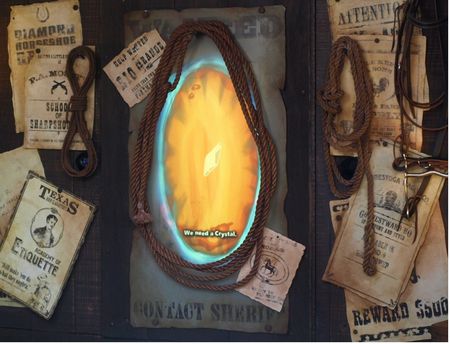 The backstory is that Hades wants Magic Kingdom to be his summer home. The only problem? Merlin has a crystal ball the keeps Magic Kingdom at peace. Hades sends his minions out to steal the crystal ball, but it breaks, leaving 8 pieces of the crystal ball in the hands of 8 Disney villans: Scar, Ursala, Dr. Facilier, Maleficent, Yzma, Cruella, Govener Ratcliffe, and Jafar. You must defeat them, then battle Hades to save tha Magic Kingdom.

How do you play? Go to the Main Street Firehouse (right next to City Hall) with your admission ticket. Each ticket can get five free spell cards, a key card (required to open a portal), and a special portal map per day. After training, you will be directed to defeat a villian. The villians are in Main Street (Cruella), Adventureland (Scar, Jafar, and Yzma), Frontierland/Liberty Square (Dr. Facilier and Govener Ratcliffe), and Fantasyland (Ursala, Maleficent, and Hades).

There are 70 spell cards to collect (an an exclusive one for Cast Members!), and you can trade with fellow guests. Another advantage is that as long as you have your key card, you can continue the game as you please (in a day, week, or month). When you complete Easy mode (where you are invincible), you advance to a Medium version of the game (you might be defeated), then Hard. Imagineers say Hard is very difficult, and you will be defeated several times.

Reviews of Sorcerers of the Magic Kingdom