Frontierland
Playground
Not enough votes yet to rank 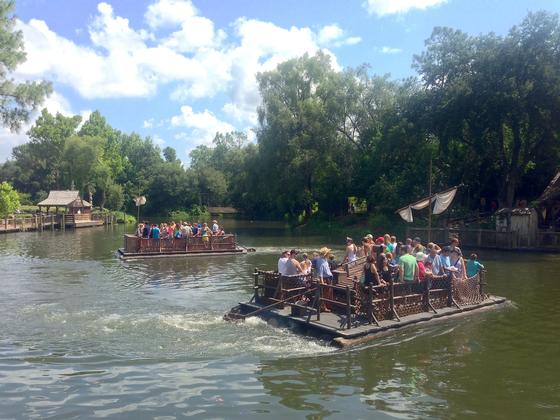 Cross the Rivers of America on a short raft ride over to this wooded play area. Unlike other attractions in the park where you're sitting and watching, Tom Sawyer Island is basically a massive playground where kids can blow off any extra energy they have. On the island, you can imagine you're playing with Tom Sawyer, Huck Finn and Becky Thatcher from the Mark Twain classics: Explore the two caves, climb up the hills or scramble across the barrel bridge. Go ahead and let the kids get lost. It really is an island — there's no other way on or off, save for the raft, so the kids aren't going anywhere.