With the Halloween season wrapping up, here's a look at what three parks in the UK had to offer for the season. 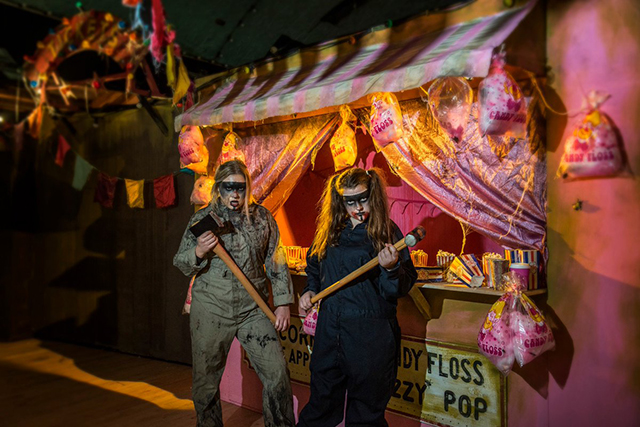 Last year's configuration for Screamland saw the event spaced out, with mazes and pop-up attractions dotted around the whole (albeit still comparatively small) park. But this year saw the parking structure adjacent to the park deployed for the first time, bringing three mazes from past years into one focused section. It lacked much atmosphere beyond the maze façades – but on the night I attended the roaming scareactors were spending a lot of time here, and the compact structure of the area lent itself well to building an intense experience.

(As a sidenote, if the park work with this area again next year I'd love to see them make a virtue of the concrete structure and install a new design that exploits rather than hides it. It's a unique design feature that could make for a more expansive style of haunt.)

The Sleep Experiment, Submerged (a slight re-work of last year's RMS Mary Decomposed) and The Brotherhood all returned in forms similar to their previous outings. There was less character engagement than I remember from previous years in the first two – but the strengths of both have largely been maintained through the move, and Brotherhood has been given an improved ending since its last appearance. Sleep Experiment remains the top pick for me, delivering moments of true horror with the playful spirit the designs here can excel at.

A new chapter of the Festino's series, Condemned Carnival, took over the park's roller disco space – which re-used much of the design from previous years, but in a sadly watered-down form. Most heartbreaking was seeing the brilliant ball pool from last year reduced to a mere puddle, and the absence of the giant props that made such a memorable appearance in previous years.

Elsewhere, the space previously used for the double-bill of Dead and Breakfast and Tunnels of Terror was this year home to the event's headlining maze, Hammer House of Horror, drawing anthology-style from a selection of the British film studio's greatest hits. With an IP of such potential to build from, I'll admit I went into this one with high hopes. And the first moments deliver on this, with two rooms that deliver the kind of dramatic and intriguing theatrical experience Screamland has typically stood out for.

What follows is a sequence of rooms themed to different Hammer properties – some most guests will know well, others less so. There's some great costume design on show here, but it's all ultimately derailed by the sheer size of each room. There aren't enough tricks or effects used to allow the actors to surprise or scare, resulting in a experience that largely feels more like a museum exhibit. Where the previous inhabitants of this space have used humour and a developed sense of atmosphere to keep things alive, here the goal seems to be solely to go for pure scare – but it simply doesn't have the resources to achieve that. Here's hoping they can rework some of the design for next year – it's the maze with the most potential right now.

2019 felt like a more subdued year for Screamland, with less of the theatrical elements that typically made it so unique, and an attempt to play more to a conventional scare maze formula – not entirely successfully. One aspect however that did play into that – delivering, for me, one of the highlights of the night – was Café Terror. A separately-charged experience on selected nights costing £27.50, it saw the Café Barletta area transformed to offer a three-course meal. The details of this are best left as surprises (I'd hope this one will return in some form in years to come) but it's a theatrical dining experience that offered surprisingly good food along with some macabre humour and fun effects. 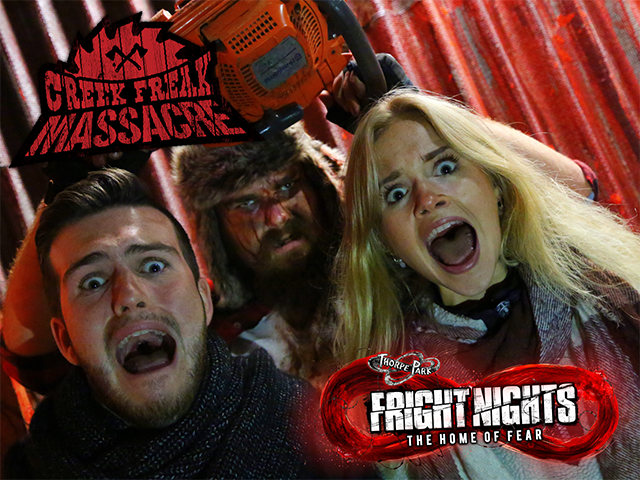 Headlining the event this year is Creek Freak Massacre, which Thorpe Park have advertised as “the most intense Halloween maze in the history of Fright Nights.” While I'd suggest that isn't quite true, it certainly stands out as the best of this year's roster.

The first thing that hits you is the noise. Taking over the queueline for the now-closed Logger's Leap log flume, the sound of chainsaws acts a kind of perverse siren's call. It fits nicely into the setting of the Old Town area and, while it was hard to hear the actor in the introduction room, the basic concept is such a good fit for the location that the specifics don't matter all that much. We're recruited into a lumberjack clan, split up, and things go rapidly downhill from there.

Sitting firmly in the category of pure horror rather than the atmospheric placemaking Thorpe have attempted elsewhere, it's the most detailed build in the park's current line up, with more than enough gross-out moments to hit its mark. (Pushing your way through rotting, hanging body bags was either the high or low point, depending on how you look at it.)

Of the returning mazes, The Walking Dead: Do or Die was a surprise favourite for me this year. Much of the first half has been reworked to make it a much more interactive and individual experience, with some great work from the scareactors to ratchet up the intensity. Thorpe have a tendency to find the sweet spot with mazes that didn't work so well in their first year, and this one proves that again.

The other Walking Dead maze, Living Nightmare, offered the same solid experience as in previous years with a few tweaks to keep things interesting. Returners Platform 15 and Blair Witch both saw more substantial re-workings – but while the former gets stronger each time (this year with a new ending that signs things off nicely), the creative team are still struggling to make Blair Witch really work.

Pushing your way through the twisting maze of trees and bushes offers so much potential for building atmosphere and landing scares, but the scareacting consists almost entirely of a trick that gets used far too much at Fright Nights – shoving a hand in your face and yelling at you, which quickly just becomes irritating rather than scary. I'd love for Thorpe to ditch the IP next season and experiment with a more creative kind of scare acting, even if only to offer up a little more variety.

Beyond the mazes, roaming scareactors are predominantly tied to the Terror at Amity High show, a slick flashmob-style dance show that expands on the scare zone from last year's event and offers a dose of much-appreciated variety to break up the day. Escape room Containment is also back this year with enough changes to keep it fresh for returning visitors, along with Screamplexxx Cinema – two programmes of short horror films – although I wasn't able to catch that on the night I visited. 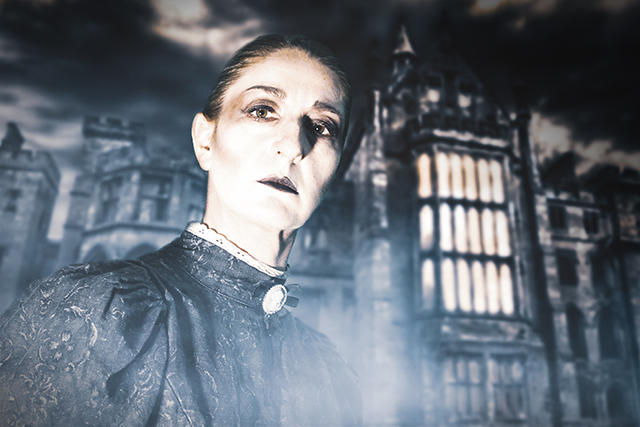 There were no great changes to the Scarefest format this year, with the two strongest all-rounder mazes Sub Species – The End Games and Altonville Mine Tours returning to their homes under the park's centrepiece towers. (I reviewed both favourably in my report last year.) Joining them this year, not under the building but at its very top, is The Attic: Terror of the Towers.

As far as pure storytelling experiences go, this is probably the strongest the event has to offer right now. A beautifully evocative opening sequence employs traditional storytelling techniques, intricate design and a few special effects to introduce classical horror motifs of a betrayed governess and missing children – and staging the maze itself in the unique setting of the upper levels of the towers is a brilliant touch. But once we're into the maze proper, there isn't enough variety in the scareacting – or, ultimately, enough actual scare – to maintain that momentum. Creepy children laughing and screaming will only get you so far.

It concludes brilliantly though, as the narrative refocuses itself and some excellent costume design and effects work sends you out on a high. A bit of a re-work to the middle section next year and the park will be onto a winner.

Also joining the line up for this year is Darkest Depths, which takes the place of 2018's The Welcoming: Be Chosen – and similarly skews less intense in its scares. While not explicitly advertised as a family attraction, its carries a 10+ recommendation in contrast to the 15+ of the other mazes. But while it doesn't feature the explicit horror found elsewhere in the park, the atmosphere is just as developed. The design work here is gorgeous, taking us into the ruins of a sunken ghost ship complete with pirates, mermaids and sea monsters. It's as perfect an introduction to the theatricality of haunts as you could imagine offering to anyone reticent to give them a go.

The new maze for last year Project 42 has returned, with a more substantial redesign. A key centrepiece – the alien egg incorporated from the shuttered Nemesis: Sub Terra attraction that the maze winds its way around – has surprisingly disappeared, but enough has taken its place for the experience as a whole to be an improvement this time around. Crucially, it feels more coherent this year – which was previously a major criticism.

I didn't get a chance to check out much of the offering for younger guests – but it's a full programme that looked up to the park's usual standard. Notably, the House of Monsters attraction was closed this year to make way for the 2020's World of David Walliams retheme – whether something of a similar scale will pop up for Scarefest in years to come remains to be seen.