So it's been on my mind lately to write a post like this to just kind of start a discussion on theme park games and try to spread some awareness of certain games so more people can have fun during this difficult time and learn more about how theme parks and coasters operate (sorry, that was a long sentence). I'll talk about some of my favorite park games, and people down below can share their experiences with these games or different games they've played. (And yes I know that this has been a thread before... but that was back in 2015 and I have different games to talk about) 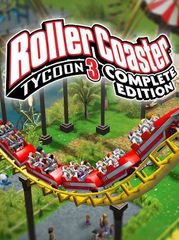 Now this game has been a staple of theme park games for years. I remember getting this in 2008 and spending almost everyday after school playing it. While the previous two games had a 2d style, the third game in the franchise took a step up with 3d animation and riding cameras on the coasters. I'm sure almost everyone on this site has played or at least heard of the RCT series. For the time, this game was the king of coaster games. The best part being the coaster camera. After every coaster you build, you could hop on it and "ride" it. It was groundbreaking in many ways; this was last generation's "planet coaster". You can purchase it on any laptop or computer for about $10-20, but I would not recommend buying it because of the next entry... 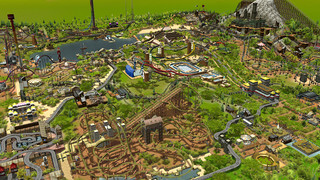 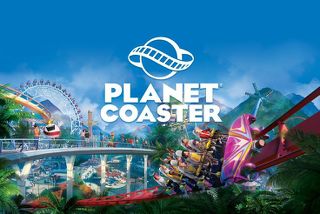 This game came out in 2016 and I remember being so hyped to play it in the months before it was released. While Roller Coaster Tycoon World fell flat, this game was shaping out to be the next big theme park game. However, I was shocked to see that it was not playable on any Mac laptops or computers because it only supported Windows, which I did not have. I said "okay well I'm sure they'll change that"... Almost 5 years past and it never happened. Literally it was coming out on console in a month but not any Mac computer. Thats when a friend told me a way to install Windows onto my mac laptop. It took 20 minutes to install and boom, I was playing it for hours. This truly is the game that I always wanted RCT3 to be. It's so detailed in thematic building and has a dense collection of coaster models and flat/track rides to choose from. The coaster building mechanic is always very flexible. Where in RCT3 you were restrained in many ways when building a coaster, Planet Coaster gave the player endless possibilities. The park management side could be more in depth, but overall it's a great game. You can buy it on console for about $50 or on a Windows supporting computer. I bought the game from G2A.com at about $11, while on other sites and Steam it's around $30-$40. 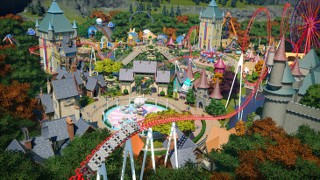 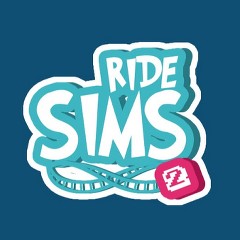 While Planet Coaster and Roller Coaster Tycoon 3 let you build rides, they do not let you operate them. Ride Sims lets you understand how some of your favorite coasters and attractions operate. As a coaster enthusiast that is intrigued at how rides operate, and how particular rides run, I cannot recommend this site enough. They started, I believe, in 2016 but then shut down. However, in January of 2019 they came back up and release a new ride to operate every month. Some of these rides include The WDW Monorail, the Magic Kingdom Train, Both DLP and DL Space Mountain, WDW Big Thunder Mountain, Rockin Roller Coaster, Splash Mountain, Hagrids, Revenge of the Mummy, Phantom Manor, Taron, Untamed, Expedition GEforce, and many others. I've learned how coasters operate through these games. They're super fun and I highly recommend it for y'all. The url is https://ridesims.com/ 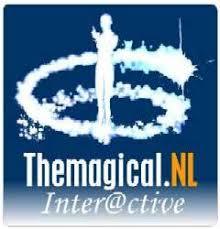 This site is very similar to Ride Sims. They actually worked together when the original Ride Sims site got shut down. Even though they're the same simulations in concept, the interface and execution of the rides are different. The biggest difference is that you can control how fast people enter the queue. You can customize it to make it slow day or a busy day, whatever fits your taste. They do have a smaller collection of rides to choose from than Ride Sims, but they offer some different attractions to operate. The url is https://www.themagical.nl/ 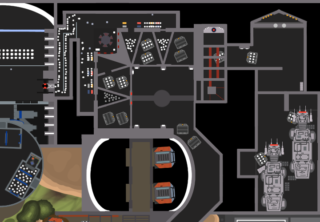 Ever wondered how Rise of the Resistance works? This site's main highlight, as you can see above, is ROTR. The owner, Will, created a full simulation of the attraction. It is very complicated to understand however, so there is an option to have the ride run itself and you can watch how it works. From what I've seen and read, this simulation is very spot on in how the attraction runs. The site also has Indiana Jones and the Temple of the Forbidden Eye and Roger Rabbit Cartoon Spin. Both are fun, but neither are as grand as the ROTR sim. The url is https://sims.willby.info/
(Note- the ROTR sim is so big that it doesn't fit entirely on most screens, just an FYI) 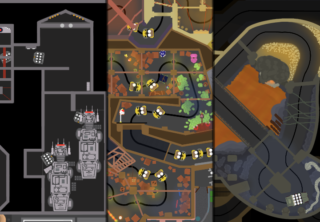 These have been some of my favorite theme park games. What are some of yours? Leave a comment down below and we can talk about it.

And when there’s a metaverse these games will allow you to operate virtual phones to unlock experiences I suppose?

Yes, I have heard rumors that a Galaxys Edge sim is being created where you don't operate the attractions, but rather you get to use a virtual phone in the sim to play the operating game through the operating game sim that you're playing. It'll be a metaverse matrix.

/s for anyone who can't tell

Great! I am a gamer but I didn't play park games, I want to try it, recently i bought IOS on Black Friday Coupons, can it be play on IOS also?

I love to play a lot of games and rides in the theme park. However, Covid made people started doing much online shopping to give some peace of mind to their self, some enjoyed gaming mainly Tarkov from Qualitybuy.

Oddly not that big a fan of them myself but I do love some of the coaster creations I see on You Tube.

Man I had no idea that half of the responses would just be bots lol.

@Mlke- I should've added No Limits 2 to the list because I did use it for a while bit that program takes a while to get used to, or at least fort me it did, so I felt like my opinions on the game wouldn't be valid until I fully understand the inner workings of how the game works. Some of the creations people have made on No Limits 2 on youtube are quite astounding.

@Chris889- Sims will always have a place in my heart