May 13, 2021, 10:10 PM · After a year-long pandemic-induced wait, Six Flags America has debuted their newest attraction. Harley Quinn Spinsanity was announced in the fall of 2019 with an expected debut of late Spring 2020, but as the world got turned upside down, theme parks were forced to indefinitely delay new attractions with just a few exceptions. Even as Six Flags America reopened in a limited fashion last fall, it was obvious that work on the new attraction had been suspended with the unpredictability of the pandemic still prevalent through the end of 2020. However, over the past few months, activity on the ride had picked back up, culminating with today's media event where I represented Theme Park Insider and was able to get a chance to experience the new attraction ahead of this weekend’s public debut (the opinions presented below are my own). 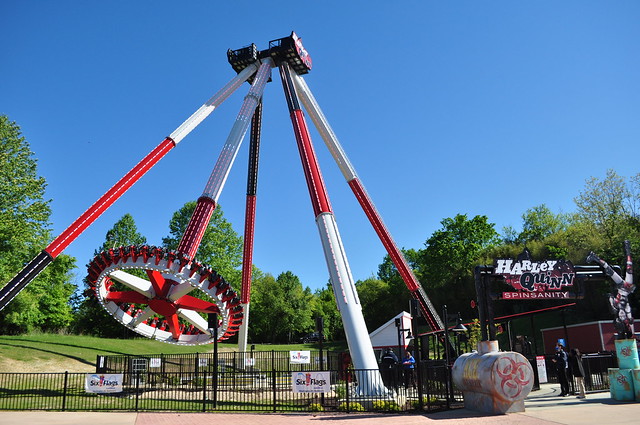 Harley Quinn Spinsanity is the newest of many spinning pendulum attractions being installed at Six Flags and other parks around the country. The ride itself is fairly simple - guests are seated on a circular hub connected to a long arm connected and powered from a structure above. 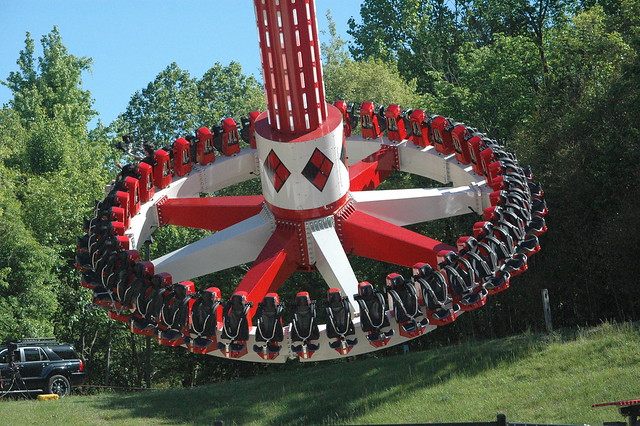 The arm starts swinging back and forth as the hub spins riders around in a circular motion. The swings get faster and higher as the arm builds momentum until riders are beyond vertical (but never completely inverted), while the spinning continues, which gives riders at least one swing looking straight up at the sky and another staring straight at the ground below. Riders can expect to experience intense positive G’s at the bottom of the swinging motion as the ride reaches its top speed, along with near weightlessness at the top of each swing as the carriage goes beyond horizontal. 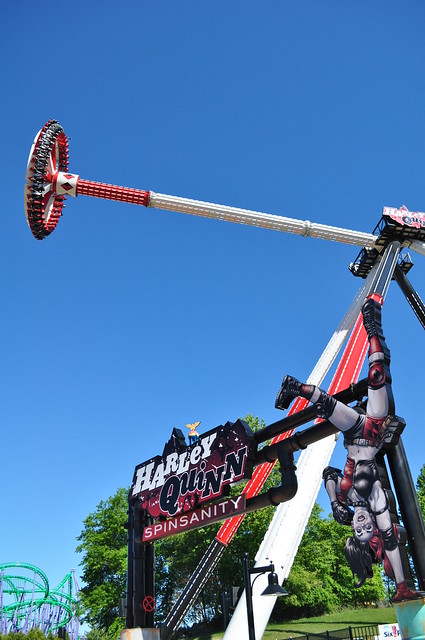 There’s a reason why these attractions are popping up seemingly everywhere. They’re simple to install, easy to operate and maintain, pack a punch in a very small footprint, and are fun even if you’re just watching it. While Harley Quinn Spinsanity isn’t the biggest of these type of rides – that distinction goes to Wonder Woman Lasso of Truth at Six Flags Great Adventure at 172 feet tall and speeds of 75 mph (besting Crazanity at Six Flags Magic Mountain by two feet) - it’s not a kiddie ride either, as it swings daring riders 15 stories in the air at speeds up to 70 mph. Having ridden a number of these types of rides around the country, I’ve always been awed by how intense such a simply and benign looking motion can be. Harley Quinn Spinsanity is no different, and unless you plan on driving from SFA up to SFGAdv experience Wonder Woman Lasso of Truth on the same day, you probably couldn’t tell that much of a difference between them despite the 20-feet difference in height. 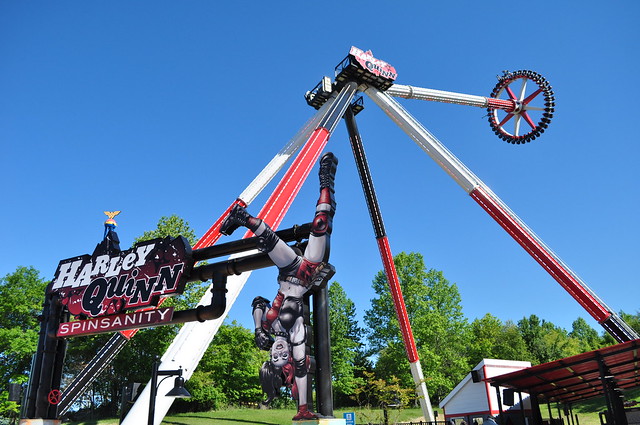 The one drawback of these rides is that because of their size, it can take a few seconds for the ride to build the necessary momentum to reach maximum height and speed. With a cycle time over two minutes, over half that time is spent speeding up and then slowing down. However, the rate at which the carriage spins ensures that pretty much every seat gets one swing where they’re on the outside (flung skyward) and one where they’re on the inside (facing straight down). It would be great if ride manufacturers could find a way to accelerate the pendulum faster (and slow them down quicker), so riders could get more max-height swings, but short of making cycle times (and waits to ride) longer, there’s not much that could be done to address my only criticism.

As with most Six Flags attractions, theming on Harley Quinn Spinsanity is limited to a colorful entrance sign, a few props, and appropriate paint colors. At Six Flags America, the ride is appropriately located in the Gotham City section of the park near fellow villain themed attractions: Riddle Me This, Joker’s Jinx, and Penguin’s Blizzard River. The addition of Harley Quinn Spinsanity means that the villains now outnumber the heroes (Wonder Woman Lasso of Truth, Superman: Ride of Steel, and Batwing), and debuting a Harley Quinn-themed attraction is fortuitous given the release of The Suicide Squad sequel later this year.

In addition to the new ride, Six Flags America is also launching some new limited time food and beverage offerings. While Six Flags isn’t typically known for world class food, even among theme parks, they have been improving in recent years and expanding beyond the boring burgers and chicken strips that have been their staples for decades. The new limited time menu items include: 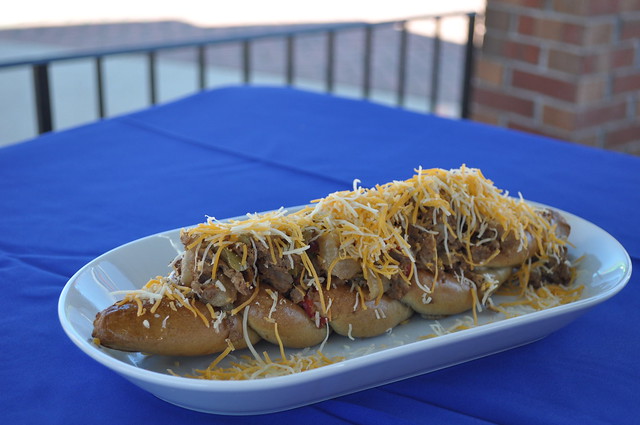 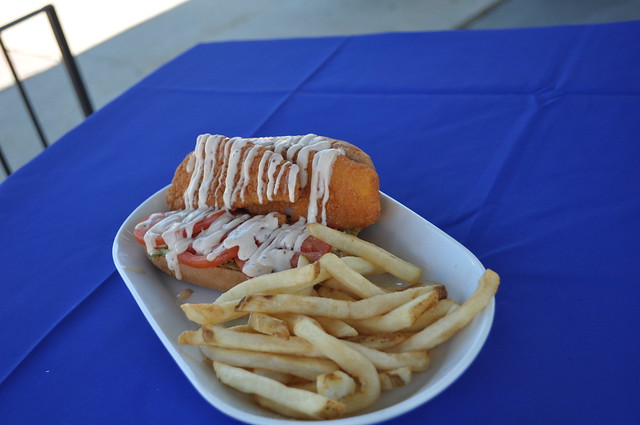 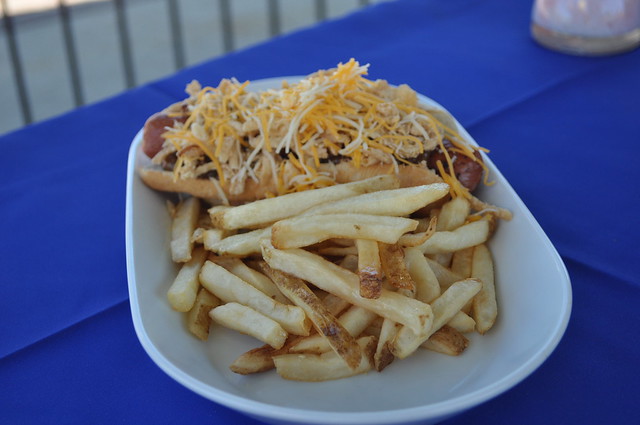 Chocolate Cannoli – Filled with either vanilla or chocolate frosting. 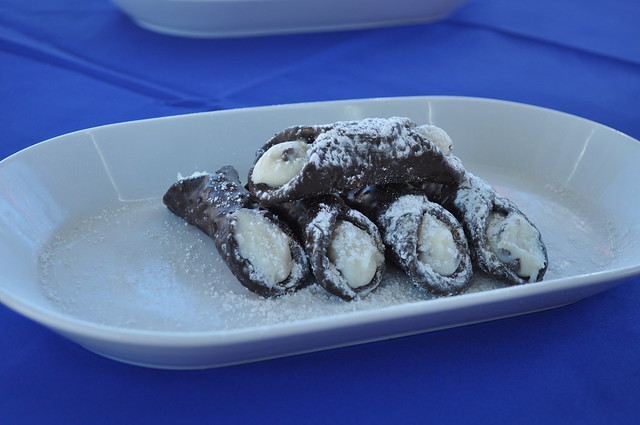 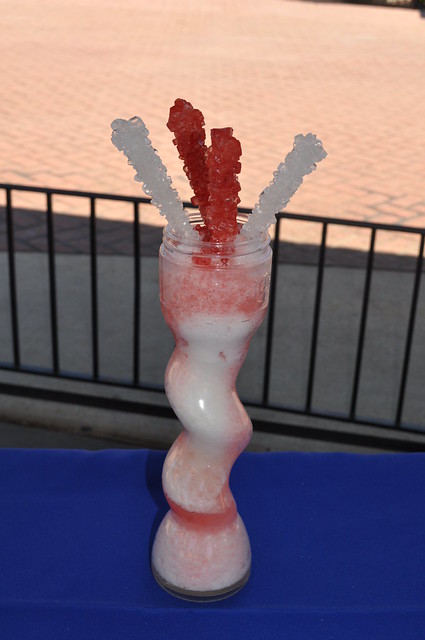 While we didn’t get a chance to taste the new menu items, they all looked delicious (though the Twisted Cheesesteak might require a fork and knife), and I can attest that Six Flags has been doing a much better job over the past few years with their food quality. In fact, the necessity of mobile ordering brought on by the pandemic has eliminated the excruciating lines and led to a general improvement in quality and accuracy from most food locations.

As the country starts to emerge from our pandemic slumber, Six Flags America appears ready to fill our thirst for thrill. With most jurisdictions (including Maryland) walking back pandemic restrictions, parks are eager to recapture their customers. As park capacities to increase, and people get more comfortable venturing back into public spaces, Harley Quinn Spinsanity represents a great antidote for those missing the excitement of thrill rides.

Thanks Russell. Appreciate the review. They added one of these rides (Pandamonium) to our home park (SFOG) 2 seasons ago (?). They are a pretty nice addition, but we don't ride if the line is too long. Half the fun on this ride is observing reactions of other riders when the swing goes beyond vertical. We love the negative Gs but some people get freaked out as it swings higher.

Yeah, exactly the same as Titan at my local Six Flags park, La Ronde in Montreal.

These pendulum rides are a thrill, but ride them on an empty stomach only. You have been warned. They are top notch stomach churners.

The CDC's New Rules Are a Big Mess for Disney