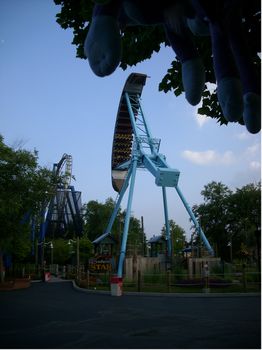 Southern Star originally opened as Frenzoid in 1986. It was removed at the end of 2005 for Boomerang Bay. However, it re-opened in 2007 as Southern Star. The ride is basically a looping pirate ship, similar to Berserker at King's Dominion.