Future World - The Seas with Nemo and Friends
Track Ride 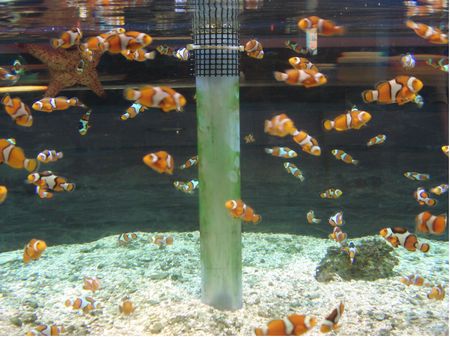 Disney rethemed its Living with the Seas ride in 2007 to bring in the characters from Pixar's undersea adventure Finding Nemo. You'll board a "clam-mobile" for a slow-moving ride through the pavilion's massive aquarium tanks, onto which Nemo, Dori, Marlin, Crush, Bruce and other characters are projected. Once your ride is over, you can linger in the exhibition areas to watch the many fish and sea mammals that live in the pavilion's massive aquarium. The original Living with the Seas pavilion opened in 1986, five years after the rest of the park, and featured what was at the time the world's largest indoor aquarium, at 5.7 million gallons of water.

Reviews of The Living Seas

This ride is based on my favorite animated film, Finding Nemo! This ride and it's technology is so well done and immersive. It's tied with Soarin & Spaceship Earth as my favorite ride in all Epcot! 10 Out Of 10 Stars!