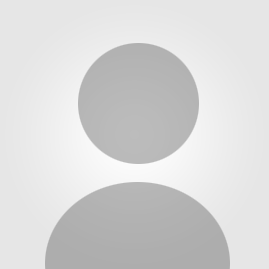 I've had a lifetime love of the theme park industry that continues to this day.

My first theme park I've been to was WDW's Magic Kingdom in the late 1990's when I was about three or four. About one year after DAK opened, we went to WDW again, but to all of the parks, as well as Universal Orlando.

In 2002, my best friend's family, along with my family, got season passes to Kings Dominion when it was still owned by Paramount. Ah, such great times riding the Scooby Doo coaster and the Rugrats cars. I never got season passes after that year, because we were moving to Florida in 2004!

A week after my family moved into Florida, we decided to take another trip to Disney World. It turned out that we were getting seasonal passes. I did this until 2009, and I now do occasional visits to the major theme parks in the area.

In 2017, I dipped my toes into the theme park industry by taking a summer job at Busch Gardens Tampa Bay as a Serengeti Express Ambassador, working as a Station Master and a Conductor for the ride. It was a very enjoyable experience where I got to meet many amazing people (both guests and Ambassadors).

Some of my favorite coasters include the Wild Eagle, Mystery Mine, Thunderhead (all three at Dollywood), Hulk, Dueling Dragons (both at IOA), Montu, Sheikra (both at BGT), The Time Machine/Led Zeppelin (FMP/HRP), Kraken (SWO), Baron 1898, Joris en de Draak, and the Flying Dutchman (Efteling)