Universal Orlando just dropped a new customer survey. This one isn't about corona, per se. It's about tickets... and a few Theme Park Insider readers have been sending me the questions.

The most interesting thing about this survey? It's the way that Universal describes its tickets. In the past, Universal has called its version of what Disney calls a "Park Hopper" a "Park-to-Park" ticket, namely a ticket that allows you to visit multiple parks on the same day.

But in this survey? Well, check it out. 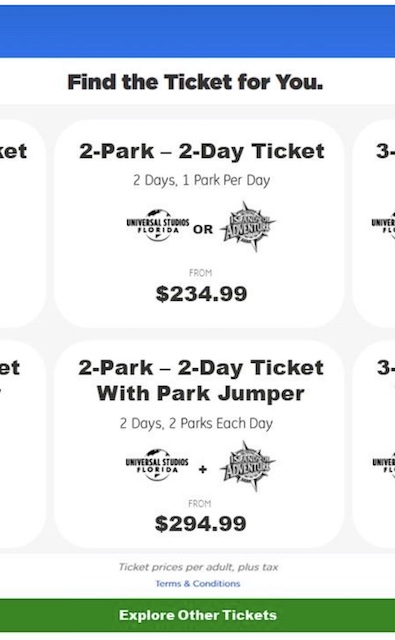 So what's the difference between a hop and a jump? And how about a skip, just to complete the set?

I suppose "Park Skipper" has a bad connotation. They want you to visit, not skip the park, after all. Or is it that Universal got rid of all its "park skippers" when it closed Jaws?

"Park Jumper" also sounds a bit like "Line Jumper" to me, too. But it does sound better, to my ear at least, than the clunky "Park-to-Park" branding, which never clearly communicated what it was.

What do you think? Obviously, this is a survey, so perhaps Universal is testing other brand alternatives for its multi-park tickets. And there's no guarantee that Universal will make a switch here.

But let's give them some guidance... by putting this question to a vote.