How Universal's theme parks made Steven Spielberg a billionaire

Here's an interesting nugget from Comcast's most recent 10-K report:

We are party to a contractual obligation that involves an interest held by a third party in the revenue of certain theme parks. The arrangement provides the counterparty with the right to periodic payments associated with current period revenue which are recorded as an operating expense, and beginning in June 2017, the option to require NBCUniversal to purchase the interest for cash in an amount based on a contractual formula. The contractual formula is based on an average of specified historical theme park revenue at the time of exercise, which amount could be significantly higher than our carrying value. As of December 31, 2020, our carrying value was $1.1 billion, and the estimated value of the contractual obligation was $1.7 billion based on inputs to the contractual formula as of that date.

So who is that "third party" that is earning money in perpetuity from the Universal theme parks, and who could be bought out of that obligation by Universal for an estimated $1.7 billion dollars?

If you've been following the industry for a while, you probably have heard that this third party is... Steven Spielberg. 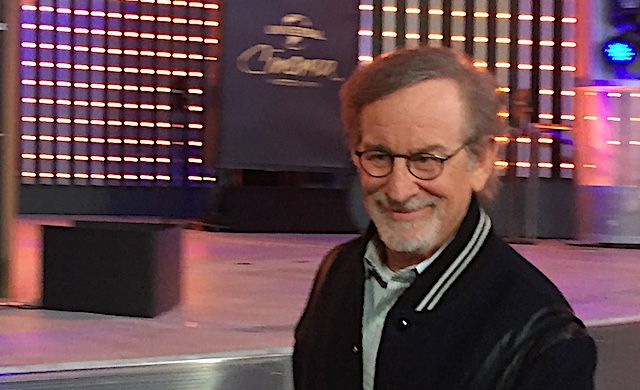 Spielberg's financial interest in the Universal theme parks might be one reason why Disney did not get back theme park rights to Marvel in Orlando when it had some leverage to do so, since that deal could have hurt Universal Orlando's revenue.

It's also well discussed within the industry that every major project at Universal's theme parks - and even some not-so-major ones - have to be run by Spielberg before they get approval. And Spielberg often provides feedback that Universal Creative designers call valuable to their projects' development. So the Oscar-winning director is earning that money.

If Spielberg gets that much, how much is Universal paying JK Rowling, who also supposedly has creative control over certain projects?

If I remember Jaybangs right, Speilberg was presented to the outside as an instrumental player in the development of the resort in its early days, so I imagine JK would be getting a lot less.

It strikes me that this "creative consultant" role that Spielberg plays -- which I'm 99% sure dates back to the development of USF (pre-opening) -- is a deal that would never be made with someone today.

Third party could be several folks Such as JK Rowling and Speilberg and whomever else that owns IP...

This could be a combination not just one person...

It does say "a third party" and not "third parties," so I would doubt that this statement would include both Spielberg and Rowling, since they are not operating as one party... though that combination certainly would make bank in Hollywood.

He earns that money? "Grossly overpaid" is an understatment.

@Still a fan - That is a lot of money, but would the Universal Parks exist at all if it weren't for the creative products produced by Steven Spielberg? The dude is worth every penny they pay him.

In contrast, can you imagine a theme park based on Lifetime movies? Ugh!

Talent and quality have value. (and for the snarky out there, so do good contracts written by very clever lawyers. ;) )

Talk about contracts - that dude's agents and lawyers should go into the Contract Writers Hall of Fame! Is he still getting paid?

Bonilla is still getting $1 million a year.

If anybody has doubts that they could be a general manager in Major League Baseball...

Bobby last played in the major leauges in 2001.

Oh and if you thought the stupidity was limited to just the Mets, a second deferred money contract with the Mets and the Orioles pays Bobby $500,000 a year from 2004 until 2029.

This is almost as bad as the Eisner-Katzenberg debacle at Disney.