Disney to start 'Big Hero 6' meet and greets this weekend

Disney's Big Hero 6 debuts in theaters this weekend, and Disney's not wasting time getting the two main characters from the animated film into its theme parks. 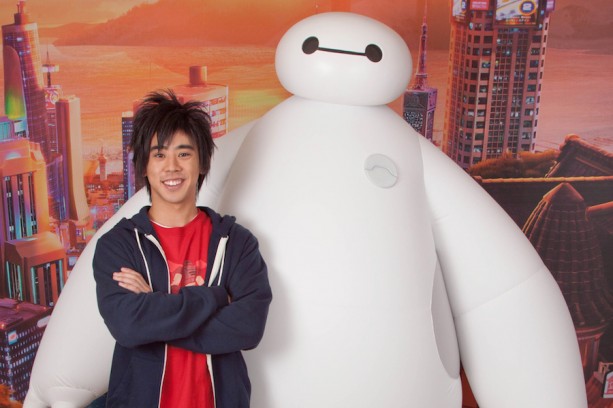 At Walt Disney World, the Hiro and Baymax meet and greet will be inside the Magic of Disney Animation pavilion at Disney's Hollywood Studios, which will include a mock-up of Hiro's garage workshop and the San Fransokyo Institute of Technology labs.

At Disneyland, a preview of the movie is playing in the Magic Eye Theater in Tomorrowland, and the Hiro and Baymax meet and greet will be next door, near the Starcade.

When you see the movie, or meet the characters, check in with a comment below to tell us what you thought. Thanks!

We saw the movie Tuesday night and thought it was really good. However, I think this one might have a hard time finding its audience unlike Frozen (boosted by little girls) or Wreck it Ralph (boosted by nostalgia for old-school arcade games). I would describe it as The Incredibles for the video game generation. It has plenty or heart (Baymax has a lot of Wall-E to him), but many of the accessory characters have only cursory development, and the big twist I saw coming from a mile away.

I thought it was an excellent movie with lots of potential.

Then again, princess always sells and Frozen has become something else