Gumpel Out as Comcast Takes Control of Universal Studios Japan

NBCUniversal owner Comcast announced today that it will pay US$1.5 billion to acquire a 51 percent stake in USJ Co., the holding company that owns and operates Universal Studios Japan.

Bloomberg reported that USJ Co. CEO Glenn Gumpel will step down as a result of the deal, which was rumored earlier this month. 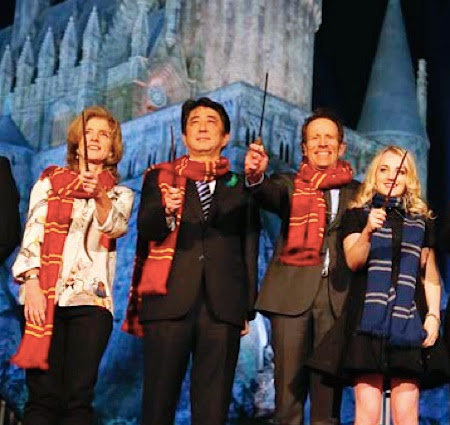 USJ Co. had announced plans to build a second, non-Universal-themed park, likely in Okinawa. Universal Parks & Resorts was not involved in that project, but with NBCUniversal owner Comcast now in control of USJ Co., if that park is to proceed, it will happen with Universal as its owner.

Comcast continues to invest in theme parks with their surplus cash instead of using it for stock buybacks. This is but another example of Comcast's positive outlook for it's theme park business. The commitment is there for continued expansions.

Was Gumpel doing a bad job? I thought USJ was their highest attended park?

Say Good Bye to Back to the Future, Jaws and T2-3D attractions. I bet there going to making room for the future Nintendo theme park rides. I'm wonding how they are going to handle Marvel. Granted Spider-Man already there, but I don't hear the same huff and puff about Disney don't have a say what Marvel rides Universal can build in the Asia market. So, it will be interesting if Universal is able to expand Marvel rides or if they could do a switchro for DC Comics. Don't laugh, no one saw Nintendo deal or Star Wars/Marvel deal from Disney. So stranger things has happened. The 2nd theme park will be the real key to keep an eye on, for what kind of ip's will they pop in there. I bet if we see a Godzilla or Pacific Rim ride, this is where they might build it first and copy to the Orlando & Hollywood parks.
I will say this. If you a fan of old rides that use to be at the Universal America parks like Back to the Future, Jaws, and T2. Plan fast, get all your photos you can, video record the whole thing for your plan DVD remember sale, and future VR so we can ride it on Oculus Rift. Universal isn't saving these rides like Disney sometimes does. And you never know, we could see BTTF and Jaws come back again with a reboot that everybody will hate and over Bob, Steven, and Robert you know bodies.

There was a, uh, strained relationship between Gumpel/USJ and Universal management stateside. Over multiple issues, as I understand it.

NBCU wants greater control over its brand and its associations around the world. That's completely understandable. And if NBCU is willing to pay for that control, then it appears as though they will get it.

If the park is doing fine, I'd rather see the money go toward attraction development, but what do I know about big business, high stakes acquisitions, and corporate greed? Well, nothing really. And since Universal has no shortage of construction going on, I'll give them the benefit of the doubt.

I don't understand the differences between USJ, USJ CO. and NBC Universal. Can someone please explain?