Well, after some time, I feel like I found it: The 2007 Los Angeles International Auto Show.

After watching Pixar's "Cars" for umpteen times since it came out, My son has fallen in love with Ferrari. His bed is adorned with spread featuring Michael Schumacher's last F1 champion, and my son's taken to demanding my cell phone or a camera whenever he spies a Ferrari on Pasadena's streets. (Which happens waaaaaay more often than it did in any other community where I've lived.) All was well, until a month ago, when after shooting a black Ferrari on Colorado Blvd., my son heard a throaty roar, turned and found himself starting at a Lamborghini rolling through the intersection.

Now, my little gear-head can't decide where his loyalty lies: Ferrari, or Lamborghini? So, today, he and I drove down to the LA Convention Center to enjoy both. As we drove up to the parking garage, I counted at least four other cars in the line with dads driving pre-teen boys. And I couldn't walk 10 feet through the exotic car hall without crossing in front of a kid aiming a digital camera. Theme park managers looking for inspiration on how to attract a growing audience of boys and their dads might do well to invest some hours at a car show. American Boy Place, indeed.

To provide a little eye-candy for the auto lovers on TPI, My son presents his favorite photos from the show. 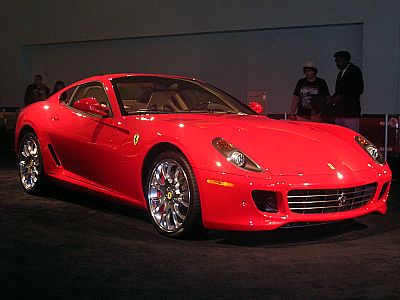 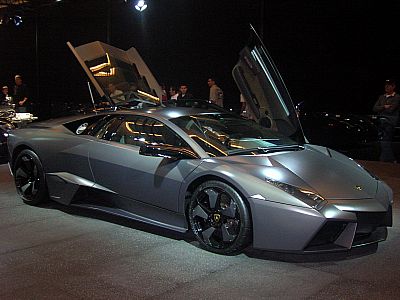 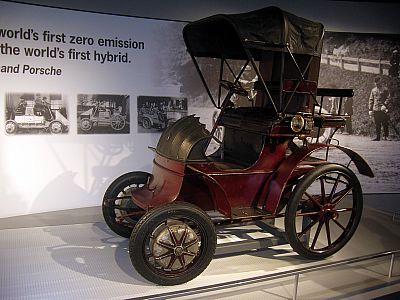 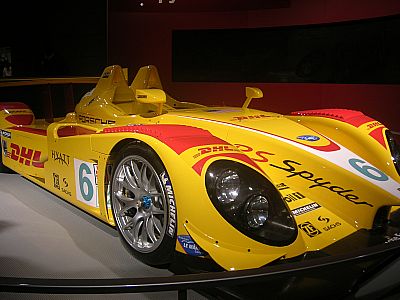 My son doesn't want to wait until 2011 for "Cars Land" at California Adventure. And the thrill of driving on his own at Legoland's Driving School is wearing thin. I suspect that the first theme park than can land a licensing deal with Ferrari or Lamborghini for a roller coaster or high-speed track ride (complete with show car in the queue) is going to have a lot of seven-year-old boys (and their big brothers, dads and granddads) waiting in line.

Ben Mills
November 24, 2007 at 5:45 PM · Well, Silver Star at Europa Park is sponsored by Mercedes, and the queue line for the ride might as well be a fully-fledged museum in itself, complete with replicas of their latest models than guests can actual sit in. (Me and my friends took close to about fifty pictures in various "AUTO-FAN!" poses, to the delight of German onlookers.)

If memory is serving me correctly, they even managed to build a special F1 car that actually rode on the tracks, as part of promotions for the opening of the ride. If anyone can find that video, you're a gem! But yeah, so even though the ride has nothing to do with racing or anything, Mercedes have done precisely what you outlined, Robert.

Now lemme have the same thing at a SoCal park! (Yes, I'm greedy.)