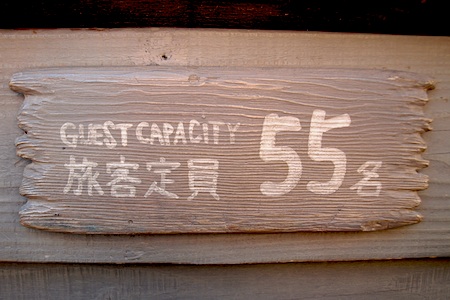 Overloading a raft with 90 guests isn't the only way to make the ride to Tom Sawyer Island a Frontierland version of 20,000 Leagues Under the Sea, though. One time, I got a raft to take the plunge with not that much extra effort.

Save for one memorable day one December, pretty much all the mornings I worked at Tom Sawyer Island blend into one memory for me: A cloudless sky with blinding sunshine emerging from behind Liberty Square, casting long shadows across the still-wet streets of Frontierland, just-hosed by the third-shift maintenance crew. The air felt like nothing, which made it delightful. Only in the morning could you escape the steamy humidity that melted you for the rest of the day.

The first trip to the island in the morning would be to take over the foods cast members who sold drinks and sandwiches at Aunt Polly's. With only three of us on the raft, it stood high in the water - you could see the almost all of the "logs" underneath the planks on the raft's broad surface. With a full load of the first guests of the day, the raft would run lower in the water - you might not see any of the logs at all.

I probably had no more than 40 guests on the raft for the first run over one morning. A few walked to the back of the raft, but only to sit on the supply box - most guests just ignored the raft driver. The rest of the crowd stood up near the front, leaning against the rail as the watched the approaching island.

Just like every other morning on Tom Sawyer Island - until two young men started climbing up the raft's mast. Typically, guests don't do anything that stupid this early in the day - usually people are smart enough to wait on doing things that might get them kicked out of the park until after they've been on at least a few rides. So I waited before hollering at them to come down.

And in that moment, every other person at the front of the raft surged back toward me. Forgetting about yelling at the two guys shimmying up the mast, my mind instead imagined the grim possibilities. Snake on the raft? Gator? Little kid heaving up breakfast?

The guests gave me the answer.

The Rivers of America were pouring over the front of the raft, pushing water's edge past the front rail. I looked around, trying to find the 400-pound passengers that must be pushing my raft into the water. Instead, I found a crew of guests that looked and moved like the crowd at an aerobics class. I didn't have anywhere near 90 guests on this raft. We couldn't be overloaded. Why were we sinking?

I swung the tiller around for a hard left into the island-side dock. Forget a smooth landing. I was getting everyone off this raft, quickly. Who cares if I bump the dock? I tied off the stern as the guests dropped the front rope and leapt onto the dock. I didn't mind. I wanted everyone off the raft ASAP.

But the raft didn't spring back up as its load departed. It laid there, front end sliding further underwater, as if it was carrying the world's heaviest load of invisible passengers.

I've got one shot at this. And no time to waste.

I left the front rope down, hopped back to the rear of the raft, and gunned the throttle after casting off. Alone on the raft, I was driving a beeline for the parking spot on the back of the mainland dock, hoping that I'd get there before hitting the bottom of the river. I knew that driving faster would mean more water flowing over the front of the raft, but at the rate the raft was taking on water, I figured I'd be meeting Captain Nemo anyway if I didn't get back across within the minute. I held down the throttle as the water crept closer, closer, closer.

Almost there. Slam into reverse. Swing the tiller around. Blast forward.

Just as the first wave of water lapped my feet at the rear of the raft, I hit the mainland dock. I killed the engine, tied off the stern and jumped for land.

By the time maintenance arrived, five minutes later, only the mast those guys were climbing poked above the water. I was told later that a flap or seam under the raft's engine compartment had been left open when it was being serviced. The opening rode above the water line when the raft was empty, but as soon as you put enough guests on it, the opening submerged, allowing water to flood the inside of the raft. That's why the "Huck Finn" was sleeping with the fishes that day.

But by getting the sinking raft back to the mainland, and into that rear parking position, we could keep the attraction open - we had two other rafts and the front position to dock into, plus the sunken raft was out of the way of all river traffic. So maintenance told us to go ahead - we'd have close up for a few moments while they sent down a diver to look for what the problem was, but until he arrived we could keep cycling guests to and from the island.

So I unhooked the rope in front of the waiting area and invited the next, very curious, group of guests aboard.

"Welcome to Tom Sawyer Island, ladies and gentlemen!" I said. "You're here on a very special day. For one day and one day only you have the choice of two ways to get to the island.

Great story Robert and just want to say to anyone that hasn't read the book that it's a must read. It's perfect for a long read or even just a quick tale or two whilst at the bus stop.

For anyone else who's read the book, please consider submitting a review over at Amazon, BN or Apple. We need more reviews to help spread word about the book to people browsing on those sites. Thanks!

Universal is 100 years old - But what will that mean for the theme parks?