September 16, 2014, 11:07 AM · When you are a seasonal theme park with one of the more popular Halloween events, there’s little need to change to ensure success every year. Busch Gardens Williamsburg’s annual fall event returns for its 16th season with a few tweaks here and there, and the reimagining of a fan-favorite that was sorely missed in 2013. As a Theme Park Insider contributor and Busch Gardens Williamsburg Ambassador Blogger, I was invited to an exclusive blogger preview of the event. While I was provided complimentary access to the park during the event, my comments and opinions presented here are my own. 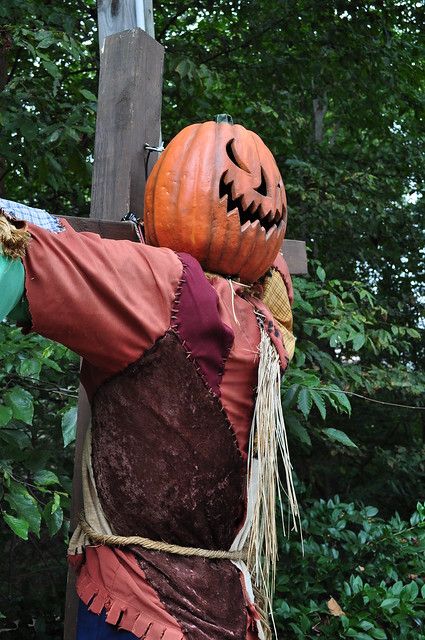 Halloween events at theme parks have become big business in recent years, so much so that Walt Disney World held their its Mickey’s Not So Scary Halloween Party this year on Labor Day (September 1). While Busch Gardens Williamsburg doesn’t necessarily hold the largest event, with six haunted mazes, three shows, and five scare zones, it works hard to make just about everything a must-see for guests. The park also features a number of add-ons to enhance the guest experience, with two dinner shows, multiple bars with unique cocktails, and behind-the-scenes tours that give guests a ghoulish makeover along with VIP access to all of the haunted houses and shows.

In 2014, Busch Gardens returns the same six mazes it featured in 2013. 13: Your Number’s Up explores thirteen of the most terrifying phobias back to back through the queue and backstage areas of Europe in the Air. The design of the maze is a bit hamstrung by the corridors and rooms within the simulator attraction, which create a number of log jams, causing guests to bunch and ruin the pace of the maze. I still feel that this maze has one of the best practical effects in a haunted house, but ultimately, the pace of the maze and the park’s inability to create blind corners and switchbacks within the already existing ride keeps this maze from being excellent.

Catacombs, in France within the bowels of the Royal Palace Theater, is a well-constructed maze with sharp turns and shadowy corners where scare actors lurk. The maze also features ceiling portholes where actors can reach down on guests from above. The theme of the maze around the subterranean caverns of Paris works perfectly in the section of the park where it’s located.

Root of All Evil is themed around a haunted greenhouse located in the backstage area behind Curse of DarKastle. This maze features a number of good effects, including a strobe room that makes this maze off limits to guests sensitive to intense flashing lights. This maze could probably be improved with better transitional areas between the greenhouses where guests can see other guests ahead of them, potentially ruining some of the upcoming scares.

Bitten again returns in the former Drachen Fire station behind the Festhaus. The vampire-themed maze has some well-designed corridors and set-pieces that offer great opportunities for maze actors to startle guests. Bitten also features one of the most simplistic effects that some guests might not even realize until it’s too late. A thin layer of fine sand on the floor in the final rooms of the maze provides just enough of a psychological effect on guests to make them feel that they will not be able to escape before being devoured by the bloodthirsty inhabitants of the maze.

Cut Throat Cove returns for its second year in the backstage area behind Roman Rapids, and on opening night was home to one of the most enthusiastic scare actors I encountered in the park. The maze takes guests through a number of tents and outside areas where pirate ghosts roam. As with the other mazes that feature outdoor areas, such as Root of All Evil and Bitten, guests are advised to wait until later in the evening when darkness falls on the park to experience Cut Throat Cove.

The final maze in the 2014 lineup is Deadline, which is inside the Escape from Pompeii show building. The maze is themed to an Italian subway taken over by zombies, and features one of the grossest scenes I’ve ever seen in a haunted attraction. The strength of this maze are the sets with one room that is a near perfect replication of a subway train. 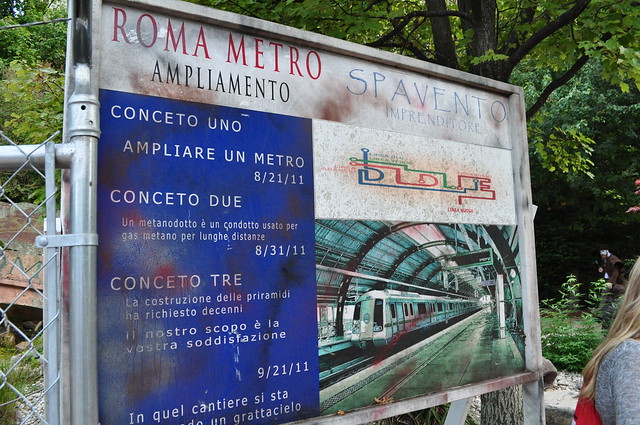 For those who don’t like being confined inside walled mazes, scares also can be found in the five scare zones (Terror-tories, as the park calls them). Demon Street in France features red-faced characters chasing passers-by with chain saws throughout the area. Guests also can rock out to a winged demon leading a head-banging rave above a flaming skull. 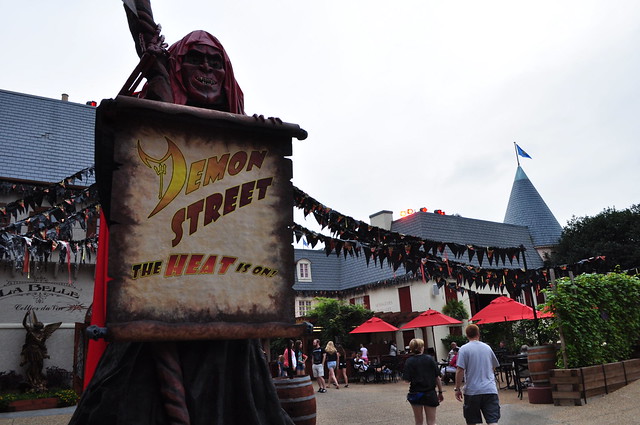 Speaking of skulls, Ports of Skull in Italy is where pirates have landed to scare some treasure out of unsuspecting guests or just coax them to walk the plank. 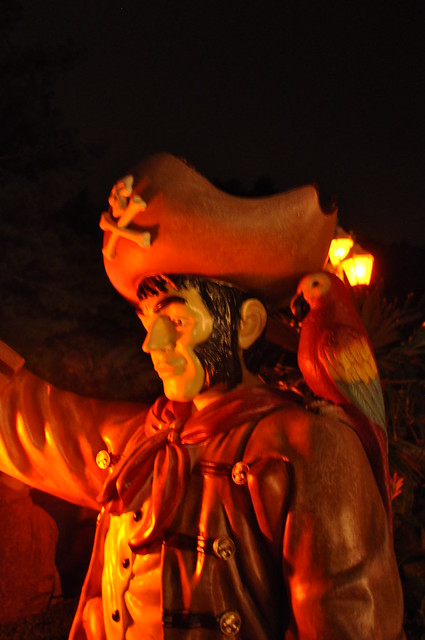 Ripper Row, located near the park entrance, features Bobbies, inspectors, and other Victorian-era characters in search of the infamous Jack the Ripper. 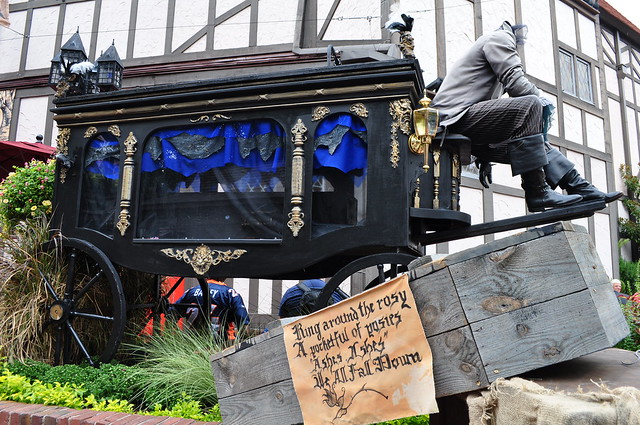 Vampire Point in the Germany section of the park is where the undead roam in search of blood. The newest Terror-tory, Wendigo Woods in the New France section of the park, is an Army experiment gone wrong. Being new, the actors in this section were still feeling out how to best work this area, and the centerpiece animatronic was not helping with guests circled around waiting for a startling movement that seemingly never came. While I was disappointed in this new section of Howl-O-Scream, I would expect that opening night kinks and unfamiliarity will be worked out by the peak weekends of the event in mid-October. 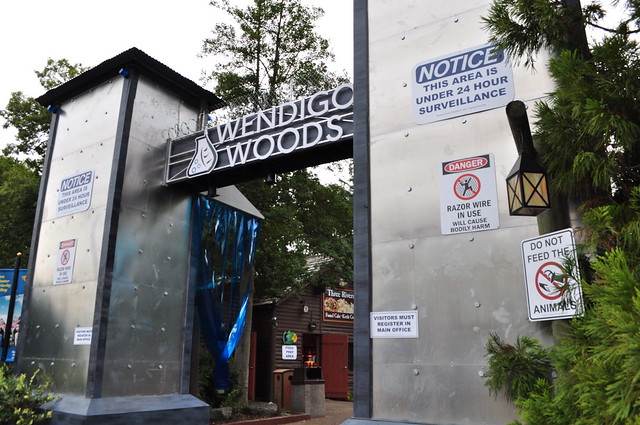 The park also features three shows, Fiends in Ireland’s Abbey Stone Theater, Night Beats in the Festhaus, and Monster Stomp on Ripper Row in the Globe Theater. The first two are virtually unchanged from last year’s versions, but the latter brings the returning favorite to a whole new level. Taking advantage of the digital projection technology and upgrades made to the Globe for London Rocks, Monster Stomp on Ripper Row is a can’t-miss show that has singing, dancing, banging, stomping, spinning, drumming, throat-slashing, and is simply amazing. Even with a few awkward musical transitions in the first public performance of the show, the experience was top-notch, and fans of a show that was absent from last year’s Howl-O-Scream lineup couldn’t ask for more. 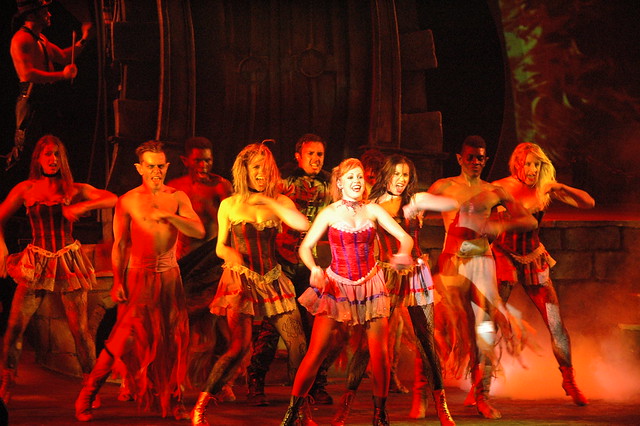 Howl-O-Scream also features two different dinner-show experiences that give guests entertainment and an all-you-can-eat buffet for $22. Igor’s Fright Feast in Ireland’s Castle O’Sullivan is a spin-off of the popular Fiends show, where Igor gets to take the lead with his naughty nurses and a strangely costumed swamp monster. The buffet is complete with salad, chicken wings, pasta bar, chili, smoked turkey, mashed potatoes with assorted toppings, and delicious desserts. 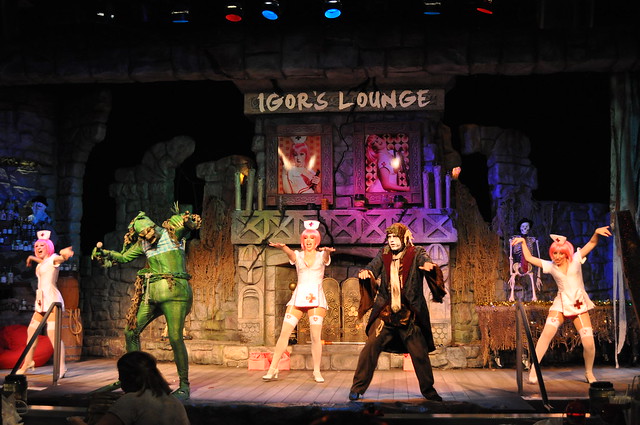 The other dinner show option is Blood Banquet, located in the clock square of Germany near Land of the Dragons. Blood Banquet is returning this season with an increased stage created around the square’s fountain, but still follows a family of vampires running a hotel. I did not have an opportunity to experience the Blood Banquet this year, but last year’s dinner show featured a much more impressive menu than what I experienced at Igor’s Fright Feast. Both dinner shows are the same price, but based on the menus, I would recommend Blood Banquet over Igor’s Fright Feast, unless there is inclement weather, since the Blood Banquet is outside while Igor’s is inside. However, both experiences offer a good value with an all-you-can-eat buffet combined with live entertainment. 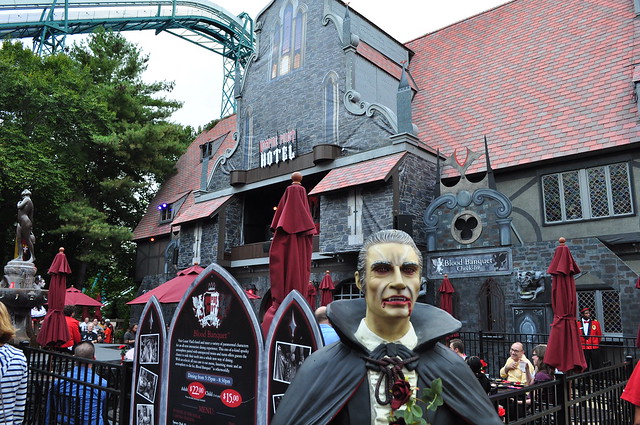 After 15 successful years, Busch Gardens Williamsburg has a proven formula for a successful Halloween event. This year’s 16th-annual edition offers much of what past guests have grown to enjoy, along with just enough change to keep the event fresh. The return of Monster Stomp with improved effects provided by the Globe’s off-season technological upgrade and the additions of Wendigo Woods and Igor’s Fright Feast give guests something new to see. Also, as with most Halloween events, the quality will steadily increase throughout the season as guests and actors alike get into the spirit, and actors get more familiar with each other, their characters, and surroundings. Even if there was nothing new, and many will criticize the park for minimal additions this year, Howl-O-Scream would still be a must-visit for any Halloween fan.