Who's who in Disney's 'Duffy Plush Universe'?

July 20, 2018, 12:04 PM · Disney is rolling out another addition to the Duffy character family, the second new character in the family to debut this month. So I figured it's time to offer a recap of who's who in the Duffy Plush Universe. (Yes, I just made that up. But I am all in on the DPU!)

Like many other character universes, Duffy the Disney Bear started with a retcon. Duffy originally was an unnamed teddy bear ("My First Disney Bear") that I first saw in 2005, as the substitute toy given to boys dragged along to the Perfectly Princess Tea Party at Disney's Grand Floridian Resort and Spa who didn't want to take home a princess doll. From clicking around the Web, it appears that the bear was sold first in 2002, at Walt Disney World.

Years later, Tokyo Disney merchandise managers named the bear Duffy, and he became a merchandise sensation at Tokyo DisneySea, where fans cosplayed as the bear, buying up anything that Disney could make for or of him, from backpacks to snacks. Heck, there's even been Duffy Chucks and a a Duffy Bus. (Warning: Link contains potential nightmare fuel... or overwhelming cuteness, depending upon your point of view.)

Over the years, Disney has added five friends for Duffy the Disney Bear, bringing them to other Disney Parks with varying degrees of success. The first four characters in the DPU debuted at Tokyo DisneySea, while the fifth and sixth have debuted this month at Hong Kong Disneyland and Disney's Aulani in Hawaii, respectively. Disney has yet to debut a DPU character at a theme park in the United States, where the character family hasn't enjoyed the maniacal success it has in the Asian theme parks.

Here is who's who in the Duffy Plush Universe: 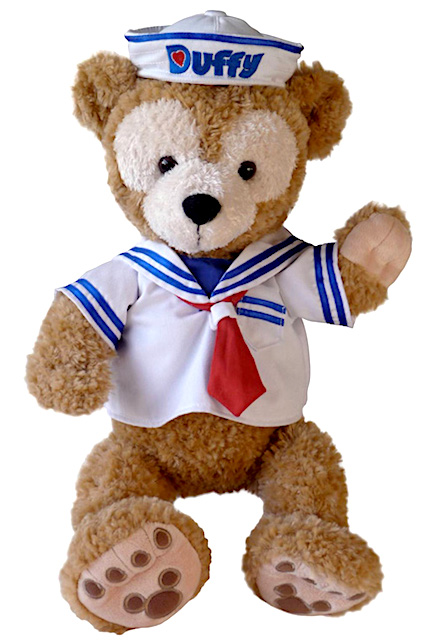 Duffy (brought to US in 2010): Mickey Mouse's teddy bear, made for him by Minnie as a traveling companion for Mickey's trips around the world 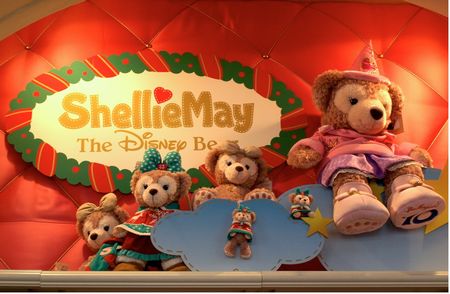 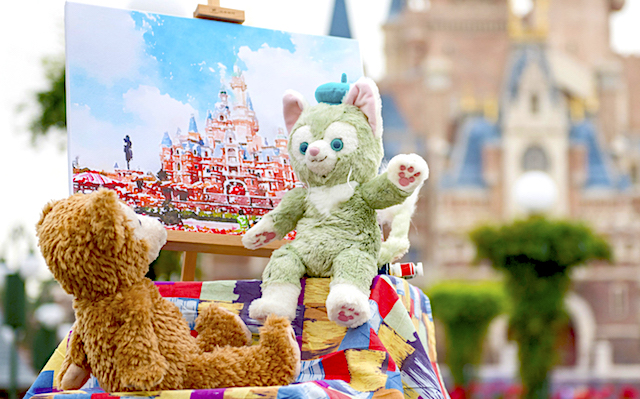 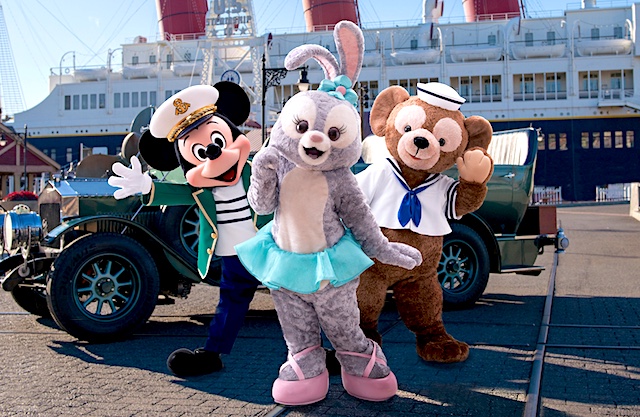 StellaLou (2017): A rabbit from Tokyo DisneySea's American Waterfront who dreams of dancing on Broadway 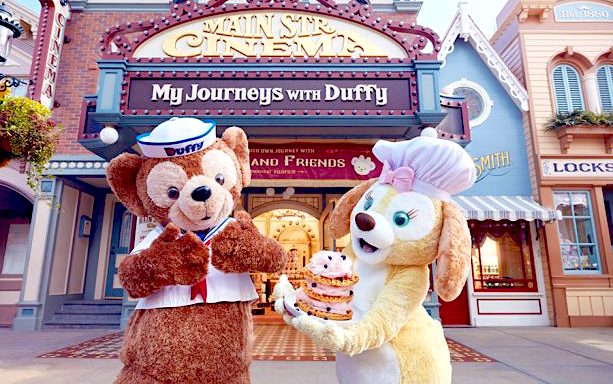 Cookie (2018): A dog who makes waffles at Hong Kong Disneyland 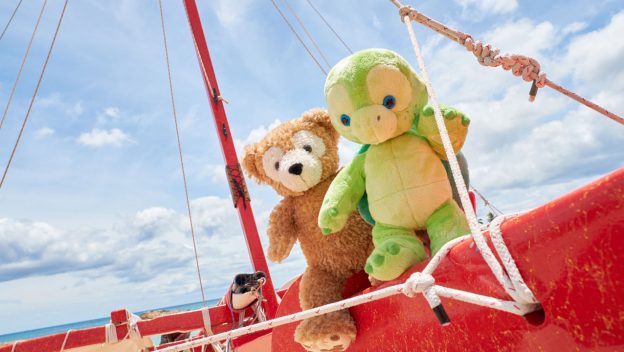 'Olu (2018): The newest member of the DPU, 'Olu is a turtle from Aulani who plays love songs on his ukulele.

Now, since synergy drives so much business at The Walt Disney Company, when is Disney going to take the next step with the DPU and start giving us Duffy movies and TV shows, in addition to its theme park meet-and-greets and shows?

I believe you can still meet Duffy in EPCOT at the gazebo between the Odyssey and the Mexico pavilion.

Duffy doesn't do meet and greets anymore, to my knowledge. I believe that's where you meet Daisy now. I didn't know about the turtle and rabbit. Interesting article. If Disney were ever to make a Duffy show, I would put money on it being an anime and it being exclusively aired in Asian countries, much like the Stitch anime and Avengers disk wars. Those have been dubbed in English, but mainly shown in English-speaking eastern countries. If they decided to make some animation for Duffy in the states, my bet would be theyd
'd go the "El cheapo" route and make short web animations like Palace Pets or DC superhero girls.

It may have changed this year, but Duffy was definitely doing meet and greets at that gazebo last October.

If Minnie made both Duffy and ShellieMay, does that mean they're related by stuffing?

Poor DPU brings out the mockery of xenophobic Twitter trolls, emoji-"ROF"L-ing that Duffy is not "real" Disney. I guess only Mickey and princesses and other 1955 IP counts. (I wonder if they also troll Toy Story, Marvel, Pandora and SW posts.)
TDR Duffy & friends fandom seems to exceed "fab five" enthusiasm and shows signs of really picking up in HK. I'm "all in" on it too (although I can see skipping some. I picked up a Stella Lou but if they're going to keep multiplying, I will be more selective. I can do without the waffle dog, and will wait and see on the turtle.)

Ya gotta give it up for “DPU” ... Stand up and put your hands together people!

Hey Robert: Your comment that Duffy is not in U.S. Parks is not quite accurate.
Aulani is in Hawaii which is US. I guess "not in Mainland US" is correct.

It's just so funny how low their popularity is here in the US and how MASSIVE they are in Asia. When we walked in Tokyo DisneySea I was looking forward to making fun of Duffy and friends - at the time it was just him, ShellyMay and Gelatoni. By the time we were ready to make souvenir purchases for our visit, I HAD some sort of Duffy souvenir.
I also tried like heck to win a StellaLou in an online contest not too long ago. failed.

Aulani is not a theme park. (Though after the whole Disney Springs thing, perhaps I shouldn't even raise that issue....)

Princess Cruise Lines has a mascot bear they promote on every ship. This seems a lot like that. They even look alike. Bet they’re big on the ships.

As we speak, I am sitting at Shanghai Disney waiting for the parade and next to a Duffy and Gelatoni meet and greet. Love the Duffy and Friends characters. There are multiple standalone stores for them at SDL. My favorite is Gelatoni and I found even more merchandise here than in Japan. Wish I could grab Cookie and 'Olu right now. I find it a shame the American parks don't like these characters.

I need at least a Duffy meet & greet in Florida! I was told they stopped in like 2015, so unfair. I also LOVE Cookie! so cute! I feel like Duffy wasn't given enough of a chance in the U.S.

While I guess its nice that Disney found another way to make money does anyone else find it disturbing that this discussion is a bunch of grown men giving opinions on a teddy bear? I mean...it's a teddy bear.

Oh come now the_man...remember that Disney isn't a brand, it's a lifestyle. And that lifestyle often blurs both gender and age lines by putting us all in the same pot and stirring briskly until we cough up the cash for guilty pleasures we never imagined we'd own. Give Duffy a hug...you might just change your mind! ;)

Oh come now the_man...remember that Disney isn't a brand, it's a lifestyle. And that lifestyle often blurs both gender and age lines by putting us all in the same pot and stirring briskly until we cough up the cash for guilty pleasures we never imagined we'd own. Give Duffy a hug...you might just change your mind! ;)

What is actually important in planning a trip to Walt Disney World?

Kennywood turns to pro sports for its new coaster's theme